Jim Kim reformed world’s largest development lender, but it continues to finance fossil fuels and his climate legacy could be challenged if the US chooses his successor 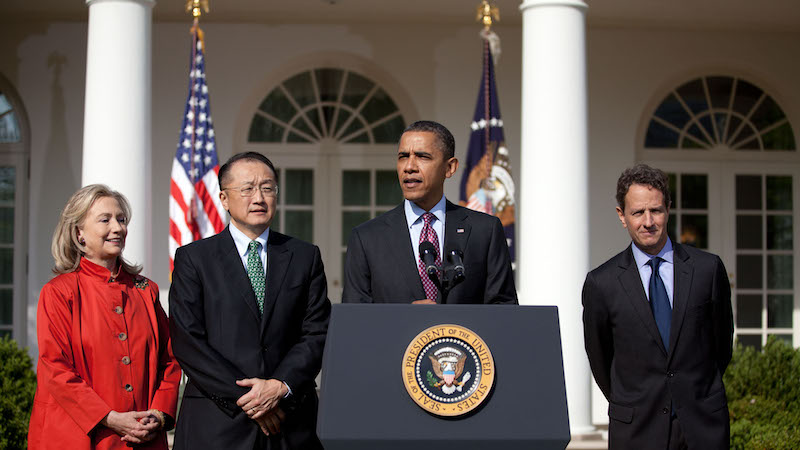 By deciding to resign as head of the World Bank, Jim Kim is leaving the job of decarbonising development unfinished, experts told Climate Home News.

Jim Kim revealed his decision to quit his position on Monday, signing off more than three years before the end of his term in 2022. He will join private equity firm Global Investment Fund on 1 February, the firm announced on Tuesday.

According to Reuters, Kim sent a letter to bank staff that said: “I’ve concluded that this is the path through which I will be able to make the largest impact on major global issues like climate change and the infrastructure deficit in emerging markets.”

Experts working in development finance paid tribute to the most active president on climate change in the World Bank’s history. Kim will be remembered by many for pulling the plug on many fossil-fuel projects, not least coal. In 2013, the bank said it would only lend to new coal plants in “exceptional circumstances”.

In 2017 the bank announced that it would stop financing upstream oil and gas by 2019, and went on to develop internal carbon pricing mechanisms for project assessments. It then pledged to double its investments in low-carbon investment projects in the next five years at the UN climate conference in December, taking the budget to $200 billion.

Kim “completed the shift in energy policy begun under Bob Zoellick [world bank president 2007-2012] and challenged all parts of the bank to understand what unmitigated climate change does to the development aspirations of all countries,” said Rachel Kyte, a UN sustainable energy leader who worked as the World Bank special envoy on climate between 2014 and 2015.

“Jim Kim has been the most strident of the bank’s presidents yet in committing the group to climate goals – as befits our times,” Glada Lahn a senior researcher in energy at the Chatham House said.

In October 2018, Kim’s refusal to back a 500MW lignite plant in Kosovo – the last on its books – “sent a clear message” that “coal is no longer the ‘low cost’ option and development banks should not be helping to lock in this kind of infrastructure”, said Lahn.

“But the coal question remains – while the bank is not funding coal directly, it has continued to support other commercial banks and corporations that do,” she said.

Both the end to funding of coal-projects and phase-out of support for upstream oil and gas were “only valid for direct project finance”, said Moritz Schröder-Therre, a spokesperson for the German environmental and human rights organization Urgewald.

“Our research, which will be published for the World Bank’s spring meetings, clearly shows that the bank remains a big funder of fossil fuels through development policy lending and financial intermediary lending. This means that at the first glance the bank looks better than it is actually performing,” he said.

Last year, a report found bank partners were financing coal plants in the Philippines. The bank has promised reform.

The bank also continues financing infrastructure that assists the fossil fuel industry. In 2016, a $500m loan to a gas pipeline between Azerbaijan and Italy was decried by environmental groups as a subsidy that would bolster EU fossil fuel use for decades.

Whoever is chosen as Kim’s succesor, Lahn said, would need to collaborate with other actors to expand the climate advances made by the bank to other institutions.

“The World Bank cannot work alone. While it may be phasing out fossil-fuel related infrastructure, Asian export credit banks and others are funding a lot. To fulfil last month’s announcement [of $200bn in climate-related finance], the Bank needs to work with other development banks – and newer financiers across the spectrum to make sure there is alignment with the Paris goals in financing globally.”

“How to build back better, and with climate change and hyper efficient resource management in mind, has to be high on the new head’s agenda if she or he is serious about giving these societies a fair chance to recover and develop,” she said.

Kim’s departure will begin a succession process that will immediately test the climate advances he made. The US, as the bank’s largest donor, traditionally nominates its president.

Judy Shelton, the US executive director on the board of the European Bank for Reconstruction and Development, a London-based multilateral lender, told the Financial Times that Kim’s departure presented “interesting potential opportunity.”

“We need fresh ideas on development finance,” she said. “Climate change has become too much of an obsession, displacing more urgently needed job-creating infrastructure projects.”

It is not unprecedented for the US choice to be challenged. A string of developing countries had opposed Kim’s installation in 2012, with then-Nigerian finance minister Ngozi Okonjo-Iweala emerging as a competitor. In this round, the Trump administration’s disinterest in addressing climate change and pro-coal, oil and gas stance will pit it against other major donors.

Kyte said: “There is no dichotomy between working on climate change and creating jobs, strong health services or building effective infrastructure as some commentators have suggested. Ensuring development is low carbon and resilient, and that communities, especially the most vulnerable can adapt, is the role of the World Bank Group today.”

Last year’s IPCC report on 1.5C, which predicts climate disaster even in the event warming is limited to “well below” 2C, should be a guiding document for Kim’s successor, said Petr Hlobil, the campaign director of Bank Watch.

“The new president should take IPCC warning that there are only 12 years left to reverse this trend and shift the World Bank finance towards the transition to a zero-carbon economy.” he said. In December, the US government refused to welcome the findings of the report.