As massive fires burn in the centre of Chile, dry, windy predictions for the summer mean 70,000 hectares could be lost, the government warns 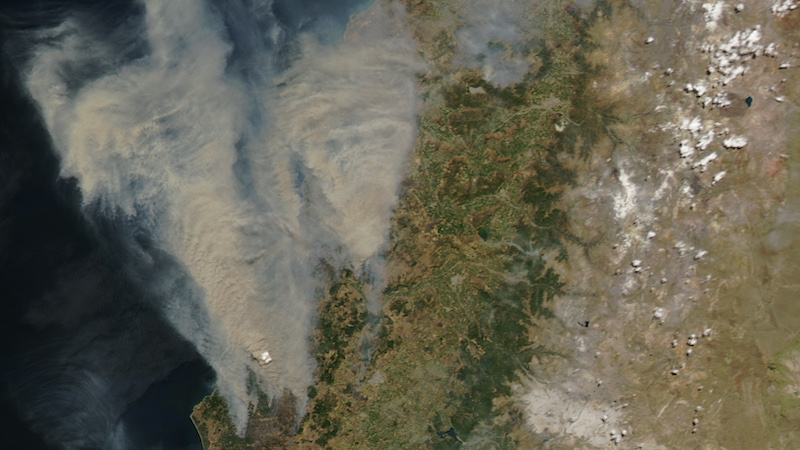 Chile’s government expects the area burned by wildfires to double this year, the country’s agriculture minister said on Tuesday morning, as flames continued to rage through the heart of the country amid a heat wave.

“We are expecting 70,000 hectares to burn [from 1 July 2018 until 1 July 2019] on the basis of high temperatures, quite strong winds and comparatively low humidity,” Efe Verde reported agriculture minister Antonio Walker said. “There are also many combustibles, many pastures.”

But Ramon Vallejo, a scientist specializing in fire ecology at the University of Barcelona, said the government’s figures should be taken with a pinch of salt.

“I wouldn’t call it a forecast. A forecast is when we say that it will rain next week because we have the maps and the pressure and we know what is going to happen. In this case it is a kind of projection,” he said.

Vallejo said the government warning was likely designed to prompt people to behave responsibly at the start of the Chilean summer.

It was impossible to directly attribute the increasing severity of the country’s wildfires to climate change, Vallejo said, but global warming does create condition that favour blazes. Droughts lead to stressed, dry vegetation which in turn becomes fuel for fires.

More than 250 wildfires in Chile have been recorded since 1 January, affecting 4,584 hectares. Out of those, two particularly aggressive continue to progress in Valparaiso, a region located to the north of Santiago. A red alert has been declared in the commune of Santo Domingo, where fire has eaten through 1,840 hectares. 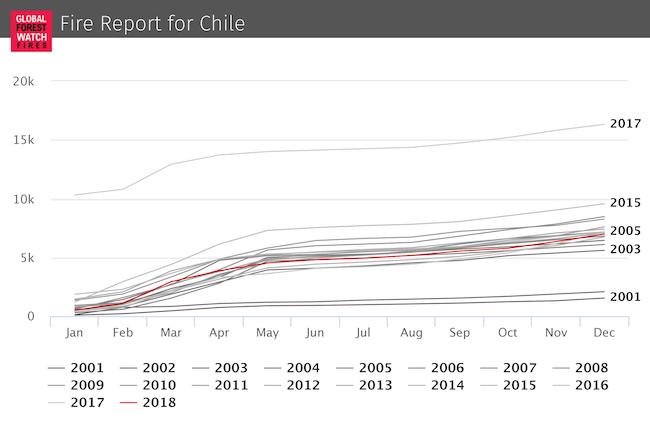 Head of the national board for forestry, Hugo Catillo, told El Mercurio the fires had begun during a heat wave on Tuesday, Wednesday and Thursday last week where temperatures exceeding 35C – “high temperatures for us” – “were recorded in many parts of the Chilean Central Valley.

“But we have to remember that the high temperatures, the wind or the humidity are not the ones that produce the wildfires, but people,” said Catillo.

Chile has seen a rise in the number of wildfires larger than 200 hectares over the recent years, while the wildfire period, normally December to March, has expanded to September to May, a spokesperson for the national board of forestry told CHN.

A 2018 study found the widespread replacement of native forest with flammable eucalyptus and pine plantations combined with a changing climate was behind an increase in fire danger.

Chile will host the annual UN climate conference in 2019.