Huge fires, once rare in southern Europe, have ripped through communities from Greece to Portugal. The third and final part of our series investigates why 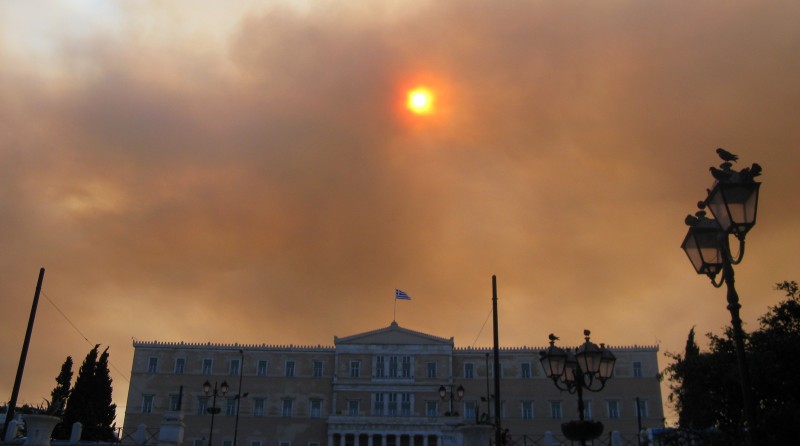 For more than 2,000 years, Athenian villagers have walked into the hills around the city to milk the resin of Aleppo pines.

The sticky goo that leaks from the trunks was once used by vintners to seal their amphorae. The resulting turpentine taste, to which Greeks grew accustomed, is still celebrated in retsina long after the practical need for the sealant has passed.

Modern techniques have diminished the amount of resin needed to produce the flavour. Despite the enduring popularity of the wine, production has collapsed to just a third of the 12,000 tonnes collected in 1965.

The first two parts of this series discovered a post-colonial legacy in Australia and Canada, where the loss of traditional land management practices – in those cases indigenous fire farming – was exacerbating the already troubling trends of climate change to put homes and lives at risk. 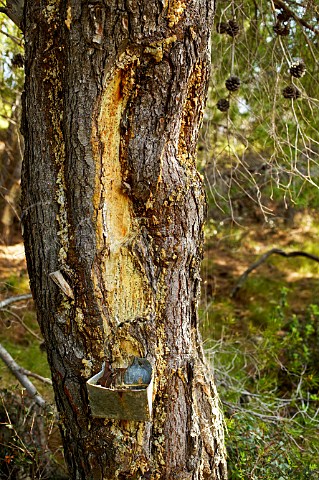 In the Mediterranean, where the land has been farmed by smallholders for thousands of years, changing land practices are also adding to the danger of climate change.

EU census data shows that in Spain, Greece, Portugal and Italy the number of farms and farmers is falling. Meanwhile the size of farms is increasing as industrialisation drives agriculture to new scales and focuses economic attention on the most fertile land.

After countless generations, families are abandoning the hills. The amount of forest Greeks use for resin tapping has fallen from 327,500 to 147,500 hectares.

When they are worked, the pines, each one owned by a specific family, are fiercely protected. Goats and sheep keep the undergrowth down, staving off the threat of fire when the brutal heat of summer lies like a dream over the Aegean.

Now the shrubs grow tall and wild. Fires, the like of which have not been known in modern times, are being visited on Greece. Around Athens, the villages on Mount Parnitha burned during massive fires in 2007. Two years later, Marathon and Makri – large satellite towns of the capital – were ravaged.

“This is a size of fire we have never experienced before,” says Ioannis Gitas, an associate professor from Aristotle University of Thessaloniki’s forestry and natural environment faculty. “It is climate change, because we didn’t experience mega fires twenty or thirty years ago. Now we experience mega fires in the country.”

But he adds: “In general we have changed the way we deal with the land. That’s a big problem.”

Fire bombs: a city in the path of climate disaster

Once smallholders abandon less productive land, the forests return, less wood is gathered from the understory and fewer domesticated animals graze beneath the trees.

The return of a wilder Europe has been celebrated by advocates of “rewilding”. It has seen the flourishing of wolves, bears and bison in places they were once lost. But in the hot, dry southern countries of Greece, Spain, Italy and Portugal, a land full of fuel has lead to the inevitable.

As summer comes to southern Spain, the population doubles as visitors from abroad and other parts of Spain flood toward the sea. Many former farming villages have been transformed into holiday towns, where people have second homes. But all around them, the land is falling back into a wilder, more volatile state.

“The first species to recolonise are shrubs, which are quite flammable,” says professor Emilio Chuvieco from the University of Alcala in Spain.

The picture of how climate change will affect fires in the Mediterranean is complex. In some places, drying out of the landscape could eventually occur to such an extent that plants do not grow. This could limit the fuel available. Other work shows that the amount of land burned could double by 2090.

For now, says professor Emilio Chuvieco from the University of Alcala in Spain, there is a clear trend towards more dangerous and destructive fires.

“Whenever you really have extreme climate conditions, then the likelihood of having very severe seasons is higher than in the past,” he says. “There are fires that affect much larger territories than they used to because there is much less fragmentation.” These larger fires are occurring closer to residential areas than they used to, he adds.

Worst hit in recent times has been Portugal, which accounted for more than half of the burned land in Europe in 2016. More than 200 homes in the Madeira resort town of Funchal were destroyed in August.

In Australia, this series found councils unwilling or unable to convince rate payers to stump up for radical land management techniques beyond periodic fuel reduction burns. In Canada, programmes are in place, but they remain hopelessly underfunded.

So how can economies of the southern Mediterranean, perennially in crisis, hope to combat this threat?

In Spain, the rules of firefighting are being rewritten. Once, says Chuvieco, it would have been anathema to Spanish fire fighters to allow a fire to burn unfought. But now they are simply too ferocious and too many to extinguish.

This may have the unwitting result of positively affecting the size of fires. Forest managers in the US now advocate letting remote fires run their course in order to reduce fuel load and perhaps prevent large fires from moving into inhabited regions in future.

One recent study found that adaptation and prevention could reduce the impact of climate change on Mediterranean fires by 74%. But in Greece it is illegal to conduct strategic burns – considered the minimum of fire management in Australia and North America.

Gitas says he has made many representations to government to get in front of this looming crisis. But political ineptitude is as native as retsina at the southern end of the Balkans.

In 1998, the responsibility for fighting forest fires was transferred from the forest service to the metropolitan fire service. But no staff were moved between the departments, says Gitas. This loss of experience led to a lost decade of fire management during the strongest period of economic growth in the country’s recent history.

Now financial crisis has hit, and no-one is interested in handing out money for prevention.

“We have to manage our space better before a disaster, not after. This is common sense, but you know in Europe we are having difficult financial times,” he says. “You talk to the politicians about it. Nobody is going to give you any money for planning. At least in my country. They are going to pay after the fire happens.”

Our dance with the danger of wildfire is getting faster and closer with every season. Talking to fire scientists around the world, you can hear their barely concealed fear as the fuel builds up in the hills.

Lori Daniels, from Vancouver, asked why we delay when we know that acting now will save lives, homes and money in the future?

Looking down on my home town of Hobart in Tasmania, David Bowman described its destruction in appalling detail. Our civilisation’s inability to respond to threat is a pathology, he said: “It’s a fight we have to have with ourselves.”