In late-night talks, negotiators agreed to end backdoor subsidies to coal generators, with some leeway for the most coal-dependent member state 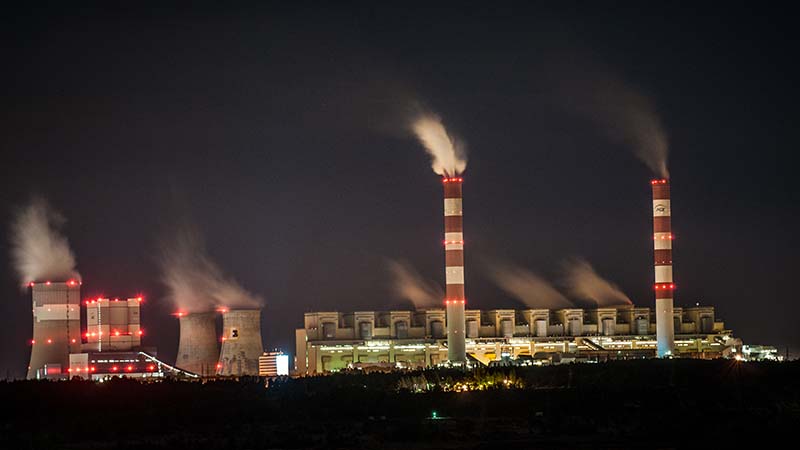 The EU is cracking down on a backdoor subsidy to coal power (Pic: Flickr/ Kamil Porembiński)

European Union legislators reached agreement in the early hours of Wednesday (19 December) over a proposed reform of electricity market rules that includes a 2025 cut-off date for coal subsidies, and a special clause for Poland.

After marathon talks that started at 10:30 on Tuesday, EU negotiators finally reached agreement on the reform of Europe’s electricity market shortly after 01:00 the following day.

The deal wraps up the adoption of a “clean energy package” of laws that was presented by the European Commission more than two years ago.

“Provided member states confirm this result, we now have a political agreement on the entire clean energy package,” said Elisabeth Köstinger, the Minister for Sustainability and Tourism of Austria, which currently chairs the EU Council of Ministers.

“Today’s message is clear: this is the last call for coal,” said Florent Marcellesi, a Green lawmaker from Spain who was on the European Parliament’s negotiating team.

“We are taking a step beyond coal and a step towards the age of renewable energy,” he added after the conclusion of three-way talks with EU member states, under the Commission’s watch.

Marcellesi was far from jubilant however, saying the deal is still insufficient to comply with the Paris Agreement’s goal of limiting global warming to “well below 2C”.

Still, the new electricity market design for the first time places a limit on coal subsidies by introducing a CO2 emissions performance standard of 550g per kilowatt hour on all new power plants.

The 550 rule is the cornerstone of the agreement, and effectively rules out state aid for coal. The standard will start applying for all new power stations as soon as the regulation enters into force, and as of 1 July 2025 for existing generation facilities.

“Subsidies to coal for existing plants won’t be allowed anymore in Europe after mid 2025,” Marcellesi said, calling the early end date of coal aid “a victory” and “a good signal for the ecologic transition”.

Agreement was a long time coming, however, and required give and take on all sides.

The previous round of talks collapsed over Poland’s insistence to keep bankrolling emergency power plants running on coal, which are the heaviest emitters of CO2.

Those receive government funding via so-called “capacity mechanisms” which remunerate power plants for keeping on stand-by, in order to meet peak demand for electricity.

Such “peak generators” are considered vital to avoid blackouts during winter when electricity demand is highest but they would be unprofitable without state support.

Poland finally agreed to the 550 rule applying to existing coal power plants as of 1 July 2025.

This was largely due to pressure from a group of 11 countries including Denmark, Finland, France, Germany, Italy, Latvia, Luxembourg, the Netherlands, Portugal, Spain, Sweden, which were joined by the UK at the last minute.

Miguel Arias Cañete, the EU’s Commissioner for climate and energy, said he was “particularly pleased” that “a balanced approach” was found in order to “limit capacity mechanisms and reconcile security of supply with our climate objectives”.

“Capacity mechanisms will not be used as a backdoor subsidy of high-polluting fossil fuels as that would go against our climate objectives,” Cañete said in a statement.

Cañete came under fire earlier for floating a compromise that would exempt poorer EU countries from the CO2 limit, based on their lower average GDP. But that proposal was swiftly rejected by the Austrian EU Presidency and the European Parliament.

In return however, Warsaw won a “grandfathering clause” that will protect contracts awarded to energy generators under the country’s capacity scheme. The clause will apply to all contracts approved before 31 December 2019.

Poland was pushing hard to obtain such a clause, saying it is needed to protect existing investments and provide legal certainty to investors.

“It is not acceptable to allow the most coal-reliant member state to get a complete derogation on the 550g rule. Today, 36 of the 50 most polluted European cities are in Poland,” said Martina Werner, a German lawmaker who negotiated on behalf of the Socialists and Democrats (S&D) group in the European Parliament.

“If we are serious about our climate goals we cannot keep subsidising polluting coal-fired power plants,” Werner said.

Since February, energy generators in Poland have been able to sign energy provision contracts under the country’s capacity mechanism. The European Commission cleared the Polish scheme earlier this year, as part of a series of state aid decisions that helped clear the way for today’s agreement.

Environmentalists are now worried that the grandfathering clause agreed during the electricity market talks will start off a race for coal generators in Poland to sign a capacity contract with the government before the cut-off date of 31 December 2019.

“This is a major loophole – more like a tunnel – that member states like Poland and Greece will rush to use in the remaining 12 Months,” said Roland Joebstl, from the European Environmental Bureau (EEB), a green NGO.

Green MEP Marcellesi was equally depressed about the clause. “That’s a free licence to go on polluting in spite of impacts on climate and public health,” he added.