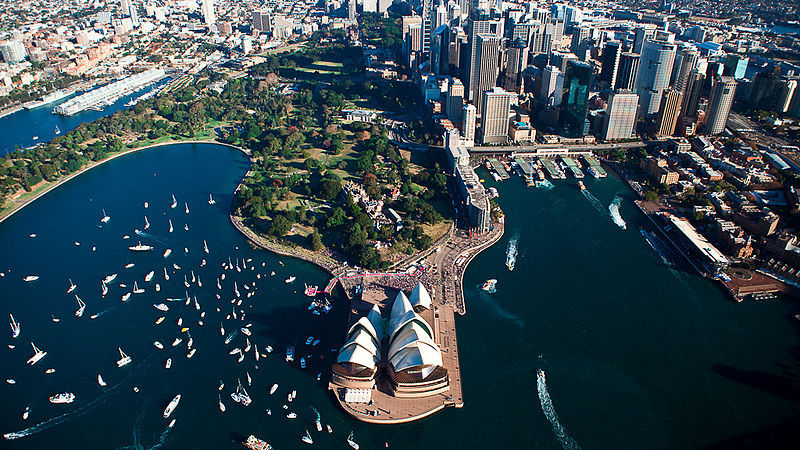 Sydney has committed to 100% renewable electricity by 2035 (Photo: Pavel)

The cities of Sydney and Melbourne committed themselves to phasing out coal on Thursday, in a move at odds with the Australia’s aggressively pro-coal national government.

The country’s two largest cities joined an international coalition of states, regions, cities and businesses who have committed to ending coal power generation.

Australia is the fourth largest coal producer in the world. Its federal government is known for its fierce support for the sector and signalled on Wednesday that it would use taxpayer money to underwrite new coal plants.

Neither city provided a specific end date for coal. Sydney has committed to a 100% renewable supply by 2035.

Scotland, gas and electricity company Scottish Power, Senegal and Israel are also joining the alliance, which has been convened by Canada and the UK.

“We all need to get off coal,” Canada’s environment minister Catherine McKenna told a side-event at the UN climate conference in Katowice, Poland. “That is the reality, if we are going to meet the ambitions under [the Paris Agreement], every country needs to get off coal. It doesn’t have to be today, but you need to set a goal – Canada has a goal of 2030 to phasing out coal.”

UK minister for energy and clean growth Claire Perry said: “We will be off coal by 2025. If the market doesn’t deliver, I will legislate to do so.”

“The fallacy of clean coal is the last-ditch attempt at protecting vested interests,” Marshall Islands environment minister David Paul said. “Coal-fired power is the most significant barrier between us and capping temperature rise at 1.5C. For survival, all must stop now.”

It is not the first time the alliance has targeted subnational or local governments in countries where the governments have dropped it. The UK and Canada recruited the US states of Connecticut, Hawaii, Minnesota and New York and cities of Honolulu, Los Angeles, even as president Donald Trump continued to prop up ailing coal plants.

Flying in after a dramatic week in domestic politics, Perry also unveiled a set of measures to bolster climate action. The government is set to plough £170 million into decarbonising its heavy industry, with a focus on achieving this through technologies such as carbon capture usage and storage (CCUS).

The funding initiative, which requires beneficiaries to co-invest and partner up with the government, will look to clean up UK factories producing steel, ceramics, cement, chemicals, paper and glass. Many of these are located in the country’s poorest communities, including in Grangemouth, South Wales, Merseyside, Teesside, Humberside and Southampton.

Extinction Rebellion, a protest group, repeatedly heckled Perry, challenging her over her support for fracking.