At China’s request, the deal for indigenous and local input makes clear it will not infringe on state sovereignty 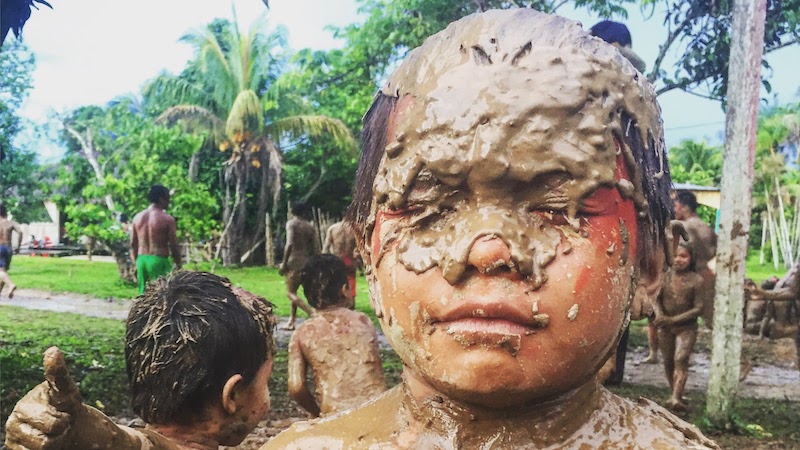 Indigenous peoples clinched a deal in Poland that will give them a voice in global climate change negotiations, but only after conceding to a push to put national sovereignty above their rights.

During the first week of the Cop24 summit, negotiations on the participation of “local communities and indigenous peoples” at UN climate talks hit loggerheads.

China insisted the agreement contain a specific reference against infringing on state powers, clamping down on the potential for communities, such as Tibetans or Taiwanese, to seek recognition and circumvent Beijing.

According to negotiators involved in the talks, China took issue with the lack of a definition for self-defined “local communities” who were included in the newly-created platform, alongside officially-recognised indigenous groups. China says there are no indigenous peoples in the country.

Indigenous representatives argued there was no need to delineate state sovereignty in the platform, because it was already made clear in the UN’s declaration on the rights of indigenous peoples agreed in 2007.

“As indigenous peoples, we don’t want to have this language in the text, because that will limit the exchange in good faith,” said Hindou Oumarou Ibrahim, a member of the Indigenous Peoples of Africa Coordinating Committee, from Chad. “Why does the document have to define who we are and what we do? That’s really not fair. But if it is just a condition to get the others [to agree], and we don’t have any other choice – that’s why we accepted it and we can live with it.”

That declaration, however, doesn’t mention local communities – so it doesn’t apply to China.

In the end, negotiators in Katowice agreed to say that when it comes to local communities, the so-called Local Communities and Indigenous Peoples Platform would not “authorise or encourage” action that “will dismember or impair” sovereign and independent states.

A delegate from China welcomed the outcome during a plenary meeting on Saturday, while alluding to the “heated discussion” and “twists and turns” it took to get there and omitting any mention of local communities.

“China’s government respects and welcomes the active participation of indigenous peoples in climate action, we encourage them to share knowledge and experience,” he said. “Many parties have serious concerns over the context of the resolution. However, all parties in the negotiations, including indigenous peoples, have shown greater degrees of flexibility and tolerance in this spirit, which helped us overcome one difficulty after another.”

Indigenous peoples make up less than 5% of the world’s population, but they safeguard 80% of its biodiversity, according to UN Climate Change.

The agreement reached in Katowice, after three years of talks, sets the foundation for future talks on how indigenous peoples and still-to-be-defined local communities can pitch into to talks about limiting greenhouse gas emissions and adapting to changes in climate.

While it kicks a lot of the practical work out to the next three years, the talks drew a much larger presence of indigenous peoples to the Cop24 than any previous annual climate summit.

The platform will tap into the historic understanding of the environment and natural resources, such as how to use the wind to predict changes in weather, preserve forests and biodiversity or farm the available land. That information, usually passed on orally rather than in writing, could inform the pledges governments make under the Paris Agreement.

The platform will have representatives from each of the UN’s seven recognised indigenous regions, plus seven national delegates. The members must now come up with a plan for how indigenous and local communities can exchange information and experiences by the end of 2019, to implement in 2020-2021. Meanwhile, the UN’s climate secretariat will consider how local communities can be represented, and look at any new groups that ask to take part.

While the platform’s work remains undetermined, the Cop24 deal cements its existence.

Indigenous groups originally wanted their rights recognised throughout the Paris Agreement, rather than in this platform. It creates a “permanent space” for native people in the UN climate secretariat, but it still needs to be linked with the global climate rules governments are negotiating in Katowice, said Ghazali Ohorella, a member of the Indigenous Global Caucus, from Maluku Islands off the coast of Indonesia. “What we don’t want the platform to be is some catch-all bucket for everything that is indigenous.”

CopCast: What is the US doing at Cop24?

Our daily podcast from Cop24 turns to the US’ twin strategy: tout coal on the sidelines and negotiate hard to future-proof the rules.

While some countries, such as Bolivia, have entrenched rights for their native groups, others still struggle at home as well as internationally. Brazil’s incoming president, the right-wing Jair Bolsonaro, poses new threats to the Amazon and its native communities, after pledging to open the land to mining and construction and loosen environmental laws.

Bolsonaro’s government will inherit petitions to demarcate 54 territories as indigenous land, following delays from previous administrations, said Nara Baré, head of the group Coordination of Indigenous Organisations from the Brazilian Amazon. But the country’s forest peoples face “extreme” threats – as do other native lands around the world.

“We are the only humans who continue to see ourselves as part of nature; we are as much of the forests as the forests are of us. It is the reason you need us,” she said.