Ricardo de Aquino Salles, a close ally of farming interests, was named as minister on Sunday, he said the conversation about global warming was ‘secondary’ 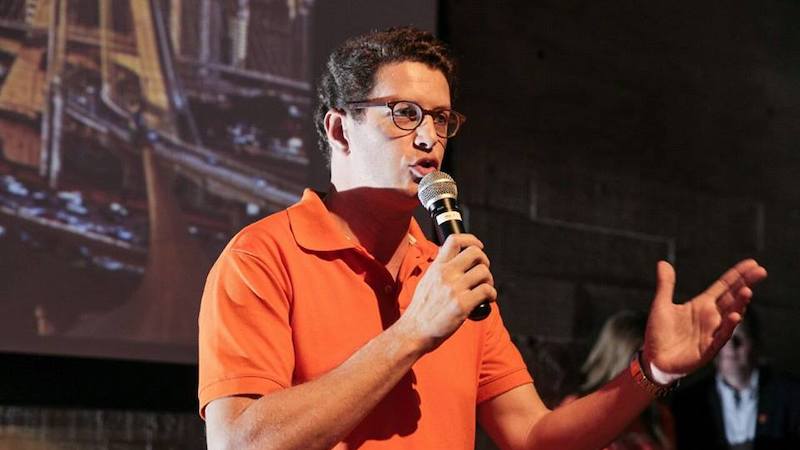 Ricardo de Aquino Salles, a 43-year-old lawyer, recently won the backing of the ruralists, one of Congress’ most powerful lobby groups.

In his first interview after the official announcement, the appointed minister told the Folha de S.Paulo newspaper the “discussion whether there is global warming or not is secondary” and “innocuous”.

Asked if Bolsonaro’s government would abandon the Paris Agreement, Salles said: “Let’s examine carefully the most sensitive points and, once the analysis is over [we will make the decision], remembering that national sovereignty over territory is non-negotiable”.

Salles ministry does not directly oversee Brazil’s participation in the Paris Agreement, but it works closely with the foreign office on the issue.

Bolsonaro will be sworn in on 1 January. He has previously threatened to follow Trump’s US and abandon the Paris Agreement. At his behest, Brazil’s current government withdrew as host of the 2019 UN climate summit. The former army captain sees the deal as threat to the country’s sovereignty over the Amazon, a common idea among Brazil’s military.

The appointed minister Salles said defending the environment was of “unquestionable value”. But said protections must comply with the rule of law and due legal process, echoing Bolsonaro’s view that the ministry of environment is controlled by a “militant ideology” that persecutes agribusiness.

Salles was the secretary of environment of the industrialized São Paulo state, between 2016 and 2017. During this period, he was indicted for misconduct in public office for authorizing a preserved area by the Tietê river to be used for industrial purposes. He said he made a technical decision because the previous regulation had been “ideological”. His trial is pending.

In a statement, Climate Observatory, a network of green campaign groups in Brazil, said that Salles’ choice was in line with Bolsonaro’s promise to subordinate the ministry of environment to the ministry of agriculture. Both offices will be under control of ministers tied to the beef lobby. 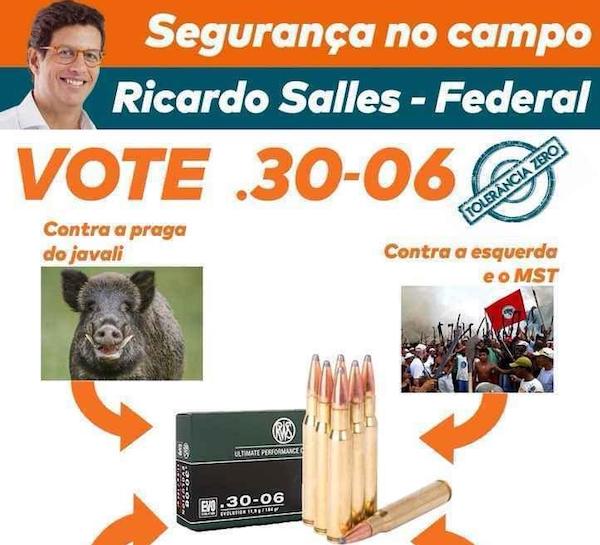 Salles is better known as one the founders of a extreme right movement called Endireita Brasil, which, in 2016 raised controversy after offering $260 for anyone who took video of themselves insulting left leader Ciro Gomes after publicising where he was having dinner.

This year, Salles ran for a seat in the congress’s lower chamber, but was not elected. In a campaign poster, he promised to use rifle bullets on boars (which are destroying crops in São Paulo) and the MST (a left-wing land reform movement). The MST have also been threatened by Bolsonaro.

The ministry of environment oversees hundreds of protected areas, which encompass almost 10% of Brazil’s territory. Most of them are in the Amazon. It also controls Ibama, an environmental agency which acts as a police force and is also in charge of the licensing process for oil wells, federal highways and hydroelectric plants.