Global alignment of climate plans pushed to 2041 in UN draft 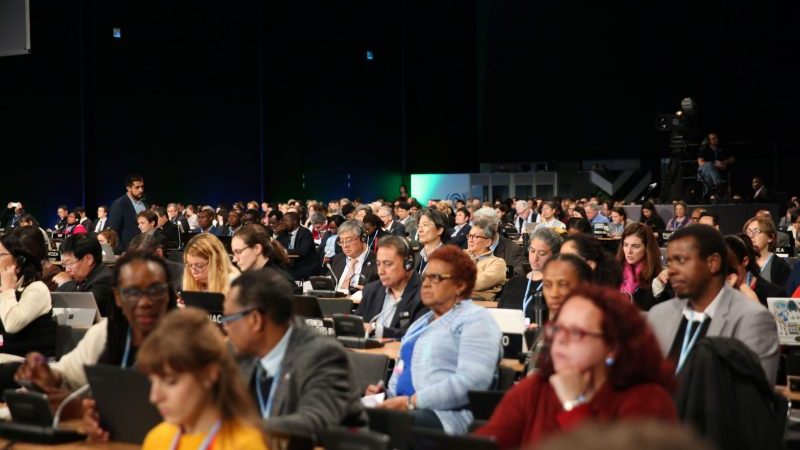 The start date of an important element of the Paris Agreement would be set 23 years in the future under a proposal from major emerging economies.

Under the Paris Agreement, all countries are expected to periodically submit national plans to fight climate change. One of the legal specifications was that they would synchronise, beginning at the same time and running for the same term.

These “common time frames” are intended to allow for comparison and create pressure between countries to do more.

But the latest draft of the rules sets a start date for the regime of 2041. According to several sources, this was proposed by the like-minded developing countries (LMDC) negotiating bloc, which includes big emitters China, India and Saudi Arabia.

The European Union, normally one of the most vocal advocates for rapidly scaling up efforts to fight climate change, has no official position on the issue and, according to sources, has remained silent in negotiations.

“The issue is far from procedural,” said Benito Müller, an advisor to the group of least developed countries. The Paris Agreement set a goal to limit warming to 1.5C or 2C, but countries have not submitted adequate plans to cut their carbon pollution. Müller said the LMDC proposal would undermine the part of the Paris deal that will increase national efforts over time.

“There could be much greater ambition squeezed out of the process. People will tend to be conservative if they don’t know what the others are willing to do,” he said.

Tune in to CopCast, our daily podcast from Cop24 in Katowice, on Soundcloud or iTunes

The bloc of countries Müller advises has proposed a 2031 start date and a system under which all countries’ plans would cover relatively short periods – five years. This would avoid locking them into low ambition, even as clean technology advance outstrips expectations.

A recent scientific report from the UN’s Intergovernmental Panel on Climate Change (IPCC) found that “unprecedented” government action was the only way to avoid serious climate impacts.

Yamide Dagnet from the World Resources Institute said delaying any element of the Paris Agreement was “at odds with the urgency of what the IPCC is asking us to do”. She added: “It’s really backsliding, it’s against urgency, it shows complacency.”

Camilla Born, an analyst with think tank E3G, said it would be “bizarre” to wait two decades to synchronise countries.

“For businesses, investors and policymakers it would be a much cleaner process if we were all the same page: able to respond to developments in technology and science, keeping us on track for net zero emissions in the second half of the century,” she said.

Sources in the negotiations said that a final decision on time frames may be pushed into next year.