Officials hope the hydromet system will help neighbours along the world’s longest river to manage the pressures of population growth, infrastructure and climate change 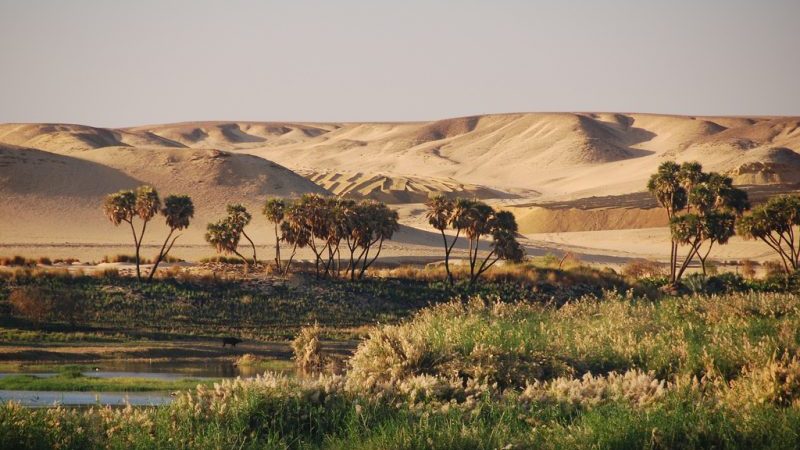 The Nile is a lifeline for arid Egypt, but first passes through nine other countries (Pic: Michael Gwyther-Jones/Flickr)

By Frederic Musisi Timberlake in Kampala

The 10 countries along the River Nile are set to bring in a shared water and weather monitoring system next year, to promote efficient water use and inform water-sharing negotiations.

An idea first mooted in 2010, the “hydromet” system has been slow to materialize, due to funding shortfalls and political tensions.

“The system will help us to know how much water is available and where, to enable us have a water accountability system,” NB river basin management specialist Mohsen Alarabawy said. “This will help to enrich the dialogue we are having on cooperation.”

The plan, according to a draft work programme, is to establish 53 hydrological stations in select areas in the 10 countries, plus a central database for capturing and storing the observations.

This information will be shared with all the governments, to help them monitor changes in rainfall and water consumption, improve climate change adaptation plans, and prepare for climate-linked hazards like floods and droughts.

The longest river in the world, the Nile drains around 10% of the African continent. Its catchment area is shared by Egypt, Sudan, Ethiopia, South Sudan, Uganda, Kenya, Rwanda, Burundi and Tanzania, and DR Congo.

That makes the river a theme for political interaction and more than once has jolted relations of riparian states that share the river with distinct variations, uses and interests.

Egypt and Ethiopia, and sometimes Sudan are the usual warring parties over the river’s waters; they have been at loggerheads since 2011, when Ethiopia started building the 6.5-gigawatt Grand Ethiopian Renaissance Dam, set to be the largest dam in Africa.

While each country along the river has some hydromet capacity, NBI studies have found substantial gaps in the monitoring infrastructure.

“There are hydrologically important areas of the basin that are poorly monitored due to inadequate monitoring network; many monitoring stations are poorly equipped – some not operational for quite substantial periods of their history since establishment; many stations are not equipped with modern instruments that ensure more precise data collection and continuous and timely transmission of data,” one NBI brief reads.

Alarabawy said the system installation is expected to start later next year after officials from all countries have met to thrash out issues like how the regional database will communicate with national systems. A summit was planned in Kampala late last month but was indefinitely deferred due to organisational hiccups.

The pressures over the river are rising every day, with high population growth, climate change, infrastructure development, and environmental degradation.

The World Bank and European Union are funding establishment of the hydromet system.

The two development partners have also been pushing the riparian countries to strike a middle ground on the new Cooperative Framework Agreement (CFA) that espouses equitable utilisation of the river, and seeks to replace the colonial agreements that granted Egypt and Sudan veto powers on how other countries use the river’s waters. The CFA was adopted in Entebbe in 2010.

The CFA was signed by Rwanda, Uganda, Tanzania, Ethiopia, Burundi and Kenya to work towards attaining a greater share of the Nile shares, but Egypt and Sudan declined, insisting on the colonial-era agreements which grants them bigger shares of the Nile water.

In 1929 Britain (then colonizing, and on behalf of Uganda, Kenya and Tanzania) negotiated an agreement granting Egypt 75% share (55.5 billion cubic meters), and in 1959 negotiated another agreement granting Sudan 25% (18.5 billion cubic meters) of the river’s total flow, on the assumption that the upstream countries can rely on other sources like rain or underground aquifers.

According to these older deals, upstream countries cannot undertake any activities, say irrigation or dam construction, which could significantly affect Egypt’s or Sudan’s allocated water quotas without first notifying and presenting detailed impact studies to Cairo.

Uganda’s permanent secretary in the ministry of water and environment, Alfred Okot Okidi, described the hydromet as “a step in the right direction”. It will help to build on the ongoing discussions for a better water-sharing regime and better prepare of climatic variations like floods and drought, which are prevalent in the basin, he said.

According to the last published State of the Nile Basin report, the Nile Basin is highly vulnerable to the impacts of global warming owing to a multiplicity of factors, and the basin communities have limited ability to cope with the negative impacts of climate variability.

“Nile flows are very sensitive to small changes in average basin rainfall, but the Nile Basin consists of a number of distinct sub-basins that each respond quite differently to possible climatic variations,” the 2012 report says.

The senior regional climate changer advisor on trans-boundary water cooperation in the Nile basin at the German development agency, Michael Menker Girma told CHN: “You can look at the hydromet in two aspects: one, the climate change variability, and two we don’t have a regional/African model for climate change projects so having such data can help us to have a starting point, like in this case specifically on the Nile.”

While climate variability is an issue of concern, Girma said the basin’s main problem is the booming population in all countries, which means pressure on available water means in the not-so-distant future, and the decline in water quality due to increased pollution and urbanisation.

“The system will help in knowing how much water is available: if countries work together towards how it is used, they can use it efficiently,” Girma said.