The Congo rainforest is a hugely important carbon reservoir, yet the people who live there are often excluded from conversations about how to manage it 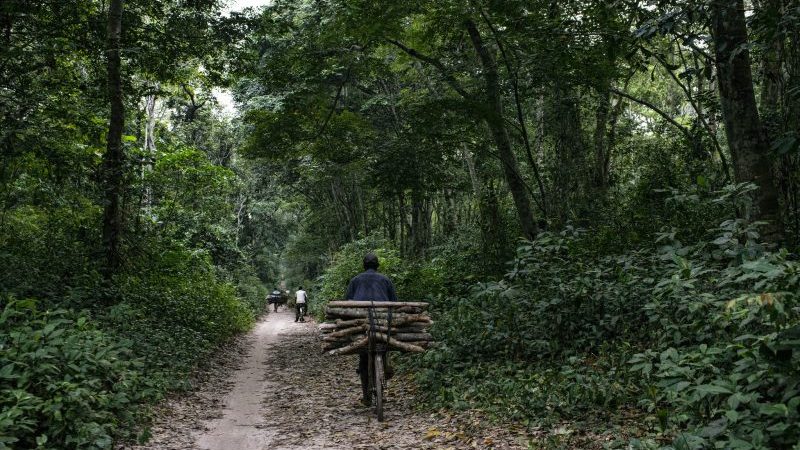 The forest communities already feeling climate change’s deadly impact can help stop it – yet efforts to include them in climate solutions are derisory.

While we are all threatened by climate change, Africa is especially vulnerable.

Droughts, floods and other extreme weather events vary across African regions, but non-climatic factors – such as poverty, hunger and disease – exacerbate climate breakdown’s impact on our continent.

This makes it all the more troubling that African voices are largely absent in shaping the global climate debate: it was recently revealed, for instance, that fewer than one in 10 authors of October’s landmark Intergovernmental Panel on Climate Change (IPCC) report on the impacts of temperature rises of 1.5C, were African.

Yet if African scientists are not being properly heard, Africans on the frontline of the battle against global warming are even more muted.

This injustice is compounded by the fact that in many cases they hold a key to climate change mitigation. This is especially so with the marginalised and dispossessed communities and Indigenous Peoples we work with.

They live in and survive off the Congo rainforest, which spans 500 million acres across Cameroon, Equatorial Guinea, Gabon, the Central African Republic, the Democratic Republic of Congo and the Republic of Congo. It’s estimated to contain 25-30 billion tonnes of carbon: equivalent to around four years of the planet’s anthropogenic CO₂ emissions at the current rate. As such, it helps sustain life on earth.

This week, international experts, scientists, NGOs and others will gather to discuss the  future of the Congo rainforest at the annual Congo Basin Forest Partnership (CBFP) meeting in Brussels. Many will be pushing a message that has gained prominence in recent weeks: that the world’s climate depends on forests  – and that they should be at the forefront of international climate strategies.

In October, 40 eminent scientists released a statement saying that protecting and restoring forests could achieve 18% of the emissions reductions needed by 2030. Two weeks later, a scientific report published by a coalition of NGOs, outlined the huge – and often overlooked – role that restoring natural forest ecosystems could play in helping humanity avoid climate catastrophe.

Forest communities must be integral to these efforts.

A body of evidence shows that strengthening and recognising the tenure rights of forest peoples can lead to huge carbon emissions reductions, with dramatically lower deforestation rates in forests occupied by indigenous and local people.

This is partly because the Congo Basin states have not created adequate ways for communities to be involved. What’s more, the voices of communities are often represented by NGOs, who try to play the role of spokesperson – leaving no space for the truly marginalised groups to express themselves.

How then can the Congo rainforest play a more prominent role in relevant countries’ NDCs? Here are three suggestions:

First, implement the NDCs at the landscape level, an idea which was discussed at the Abidjan Climate Summit attended by delegates from 27 African countries earlier this year. Under this innovative suggestion, greater support and coordination would be given to local communities and Indigenous Peoples in climate plans and decision-making, including promoting community-based initiatives such as community forestry.

Second, if forests are to be sustainably managed and community rights respected, then the wider problems of corruption and weak state institutions must be tackled. Good initiatives will come to nothing if laws are not enforced and sanctions do not exist, or institutions are too weak to enforce them.

Finally, the European Union (EU) must support Congo Basin countries to implement these policies. The EU represents a huge market for timber and forest risk commodities from the region, and therefore has a responsibility to help curb emissions and support vulnerable countries to embrace low carbon strategies. Three countries in the Congo Basin have already signed Voluntary Partnership Agreements (VPAs) timber trade deals with the EU – these could be used to intensify climate diplomacy.

On paper, at least, last week’s proposal by Finland’s Prime Minister Juha Sipilä for an EU-Africa Forest Fund worth billions of euros for afforestation, forestry and managing and protecting forests, suggests the EU is willing to act. For the plan to succeed, forest communities must be at the heart of the decision-making processes.

The Congo Basin is home to the world’s second largest reservoir of carbon in vegetation after the Amazon. Protecting and restoring the forests holding this carbon is a vital step in helping evade the worst ravages of climate change, preserving biodiversity and strengthening local peoples’ livelihoods. Yet this can only be done so if local people themselves are in the driving seat.

As the global climate community translates the Paris Agreement into action, should African voices must be heard.

Laurence Wete Soh is programme coordinator at Forêts et Développement Rural, an NGO based in Yaoundé, Cameroon, that focuses on improving governance in the country.

Trésor Nzila is the executive secretary of human rights defence group the Organisation Congolaise des Droit de L’homme, (OCDH), based in the Republic of Congo, which defends the rights of communities against forestry companies and mining and oil groups. In 2015 OCDH was the joint winner of the prestigious Human Rights Prize of the French Republic.