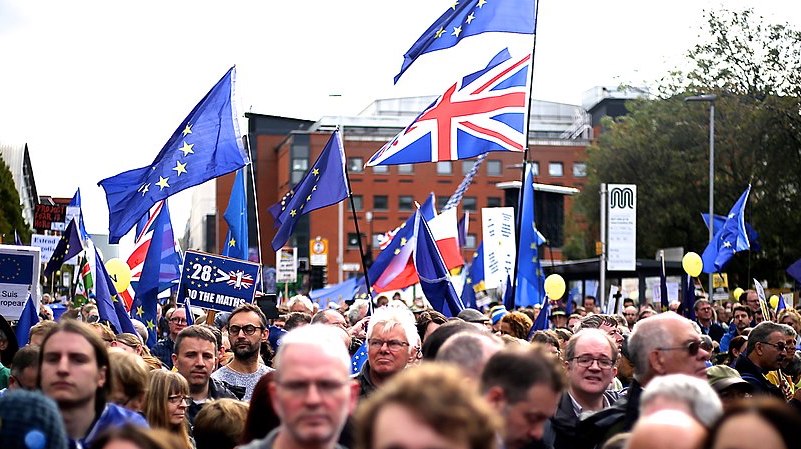 The UK’s pledge to keep environmental protections in line with the EU’s on the day it leaves the bloc – but not after – could allow standards to drift apart, Labour’s Brexit lead has said.

The draft withdrawal agreement, agreed by the EU and backed by the Theresa May’s cabinet on Wednesday night, ensures the UK’s environmental laws, regulations and practices do not fall below continental standards at the end of the Brexit transition period in 2021. It also says the UK will create a “transparent system” with an independent body in charge of monitoring, reporting, oversight and enforcement of the environmental standards.

But the deal would not guarantee the standards remain in sync after the divorce – meaning the UK could fall behind future EU policies after it leaves, Labour’s Brexit shadow secretary Keir Starmer told BBC Radio 4’s Today Programme on Thursday.

“It’s a non-regression clause – in other words you can’t take away what you’ve got now. It certainly isn’t a clause that keeps us up-to-date with standards as they evolve in Europe,” Starmer said.

Under the draft withdrawal agreement, the UK is only required to adopt the EU’s existing package of clean energy and climate change policies, which extend to 2030, said Chaitanya Kumar, a senior policy advisor at the Green Alliance think-tank.

The government plans to create an environment watchdog, replacing the EU’s role in making sure member countries meet their commitments. But proposals for the agency earlier this year drew criticism for excluding oversight of climate change policies.

Britain’s greenhouse gas emissions targets are already locked in national law, and set higher than the EU’s reduction goals. Yet around 55% of the rules designed to make sure the goals are met, such as targets for adding renewable energy and improving efficiency, are covered by EU law, rather than national, according to the UK’s independent advisory Committee on Climate Change.

“The pre-emptive measure is to make sure the watchdog has oversight of UK climate law,” Kumar said.

That said, the fact that the draft mentions climate change in its list of environmental protections suggests the government will have to include it in the new watchdog’s role, said Liberal Democrat Lord Robin Teverson.

“This, to me, requires it,” Teverson told Climate Home News on Wednesday. “Although it’s not perfect … hopefully that would at least put some pressure on the government to make a system that has rather more teeth than it would perhaps want it to have.”

The draft deal would also make sure the UK has a carbon pricing scheme that is “of at least the same effectiveness and scope” as the EU’s emissions trading system, without making clear whether the country would leave the bloc-wide market.

In an outline of a political declaration on the future EU-UK relationship, Britain said it would consider the potential for linking a national emissions trading market to the EU’s. The UK government has been weighing different options for pricing carbon emissions after Brexit, including creating a national market and possibly linking it to the EU’s, or setting a domestic carbon tax.