At a meeting in Brussels, ministers agreed on the need to scale up public and private climate finance to the developing world 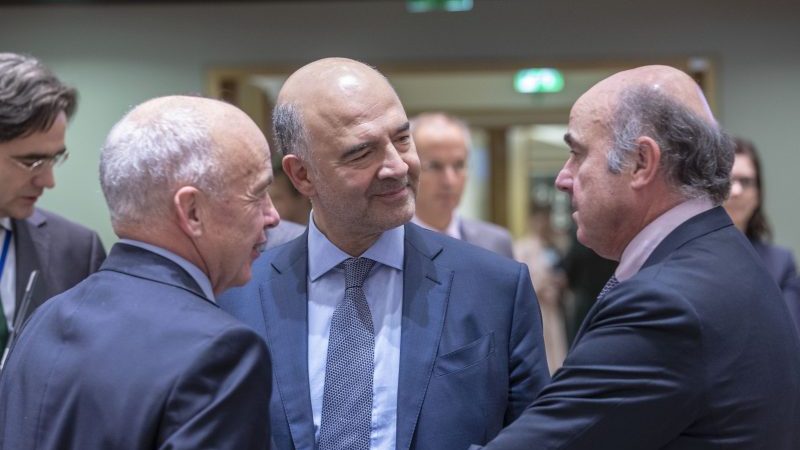 EU economy and finance ministers on Tuesday stressed the need to scale up public and private money for climate change and urged multilateral development banks to end funding for coal.

Following a meeting in Brussels, the ministers emphasised that public finance alone “can never be sufficient” in reducing greenhouse gas emissions and adapting to the effects of climate change. Public policy must therefore clear the way for sustainable investments from the private sector, they said.

The European Union funnelled €20.4 billion ($23bn) in public money towards limiting climate change and adapting to its effects in 2017, making it the largest contributor in the world, the ministers noted. They reaffirmed the bloc’s commitment to continue raising public and private climate finance as part of the developed world’s pledge to shore up $100bn per year by 2020.

Strong transparency rules underpinning the Paris climate agreement will help keep track of the progress countries make towards their pledges, including for financial aid, the ministers stressed.

The transparency framework is one of the most contentious issues in negotiations ahead of next month’s Cop24 summit, where countries must agree on rules for meeting the Paris Agreement. The US and EU want to impose strong reporting and monitoring rules across the developed and developing worlds. Emerging economies, including China, want looser responsibilities than the rich side.

The EU is also committed to replenishing the UN’s Green Climate Fund, which puts money into projects in developing countries, the economy and finance ministers said. The US has pulled the Obama administration’s $2bn pledge towards the initial $10bn pot, and Australia said it is unlikely to add more money after this year.

In addition, the ministers urged multilateral development banks (MDBs) to do their part and “adopt responsible investment policies and to phase out the financing of coal power plants”.

The Council of the EU “calls on MDBs to speed up the alignment of their activities with the objective of making finance flows consistent with a pathway towards low greenhouse gas emissions and climate-resilient development,” the ministers said.