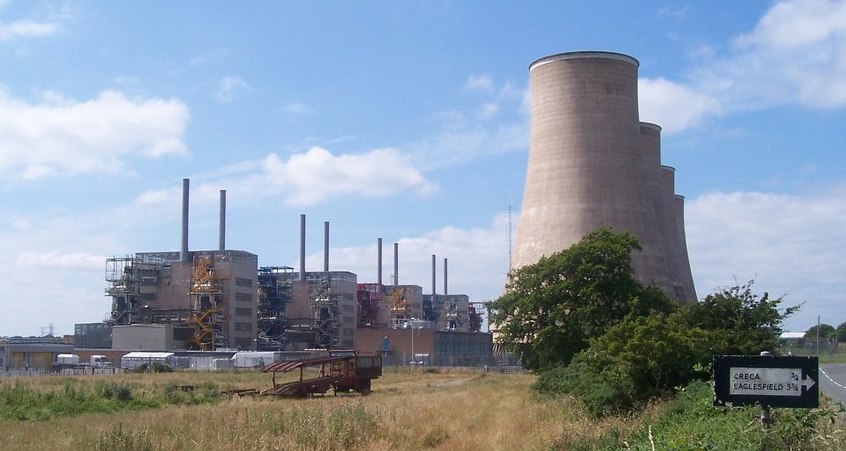 Britain’s decision to pull out of the EU’s atomic energy community at the same time as Brexit sparked warnings that the country would face shortages of electricity and cancer treatments.

These concerns posed by its planned departure from the 61-year-old Euratom treaty have spurred London to act more decisively than in many other areas of Brexit prep work over the past two years.

In a progress report sent to the parliament earlier this week, the government said it had new inspection staff in training and key cooperation agreements either in place or in the making.

It also promised fill in for lost Euratom funding of research and development, so as to carry on a government goal to become a “world-leader” in nuclear energy innovation.

But if the UK and EU fail to clinch a deal on their future relationship before March 29, the timeline to finish these preparations will evaporate. The country will break away that day, without a Brexit transition period up through 2020.

Talks will move into their final stages when EU leaders meet in Brussels next week, amid continuing disagreement.

“If there isn’t a deal, the presumption is that all of that falls through,” said Tom Greatrex, chief executive of the UK’s Nuclear Industry Association.

Euratom is governed by a standalone treaty that predates the European Union, but covers all 28 of its member countries.

It manages nuclear fuel supply throughout the bloc, inspects civil nuclear sites to make sure they’re not being used for weapons, and holds cooperation agreements with the International Atomic Energy Agency and other countries active in the industry. It also allows for free movement of nuclear workers and equipment between members, facilitates the construction of new projects and funds research and development, including the EU’s portion of an international nuclear fusion pilot project in France.

A no-deal ‘Brexatom’ on March 29, without replacements set for Euratom’s role, could lead to significant problems in the UK’s energy market, both in the nearer and longer terms.

Nuclear energy generates around a quarter of Britain’s electricity from seven power stations. It’s one of the few European countries intent on building a fleet of new, expensive but emissions-free nuclear stations, starting with the Hinkley Point C plant already under construction by French energy utility EDF.

The longer the gap between Euratom and a new domestic regime, the more likely plants would be to run out of fuel (when that happens depends on how much fuel the operators can stockpile before Brexit day). Even with fuel, however, Britain’s generators would have to stop if they can’t meet international non-proliferation standards. That requires a new domestic system to inspect all UK sites, with approval from the International Atomic Energy Agency.

Imported supplies of medical radioisotopes, used for cancer treatments and diagnoses, could also be interrupted immediately after Brexit. Radioisotopes only last a few hours, and the UK cannot produce them at home.

In the longer term, the UK could struggle to attract the workers or import the reactor components needed for Hinkley and other new nuclear plants, as well as maintenance work on existing reactors.

With all these potential risks, the UK government’s rush to create a seamless transition out of Euratom, and its early agreement with the EU on issues such as the ownership of fissile materials that Euratom now holds in the UK, are all reassuring.

As part of its preparation, the government was quick to pass a nuclear safeguards bill this year that gives the Office of Nuclear Regulation the power to inspect civil nuclear sites for compliance with non-proliferation rules.

The nuclear regulator, which was traditionally responsible for safety, “remains confident” that it will have the new safeguards regime in place by March 29, the government told the parliament this week. It’s expected to need at least nine safeguards inspectors by then, and has so far hired and started training 14 of them, it said.

The progress report doesn’t solve the sticky problem of medical isotopes, which could be left useless if they are stuck in border queues. The government said it was still considering options to avoid a shortage.

Meanwhile, the government is firming up bilateral deals with key international nuclear players. It signed an agreement with the International Atomic Energy Agency in June, and is close to finalising cooperation deals with key nuclear countries – the US, Australia, Canada and Japan – before March 29, it said.

Deals agreed with Australia in August and the US in May are making their ways through those parliaments for ratification, and are expected to be presented to the UK parliament this autumn. The government also expects to sign a deal with Canada later this year and is in talks with Japan on additions to an existing nuclear cooperation deal between the two, it said.

But the UK is also keen to keep close ties with Euratom – something the nuclear industry is intent on seeing.

The government told the parliament it wants to negotiate a “mutually beneficial” civil nuclear relationship with Euratom. “This would be more comprehensive and broad than any existing agreement between Euratom and a third country, and would help ensure the UK’s standing as a leading and responsible civil nuclear state is maintained,” it said.

The relationship should give the country an association with European research and training programmes and funding, protect existing nuclear material supply contracts after Brexit, simplify export controls for sensitive nuclear materials, equipment and technology between the two, and allow the UK to continue cooperating in the supply of medical radioisotopes, among other benefits.

The UK, for one, certainly has something to gain from these post-Brexit ties, the government said. “These objectives form part of government’s wider ambition to develop an economic relationship with the EU that maximises future prosperity in line with the industrial strategy, and a new trading relationship that includes a free trade area for goods.”