MEPs are calling on the EU to bump its 2030 target in light of this week’s scientific report of 1.5C of global warming 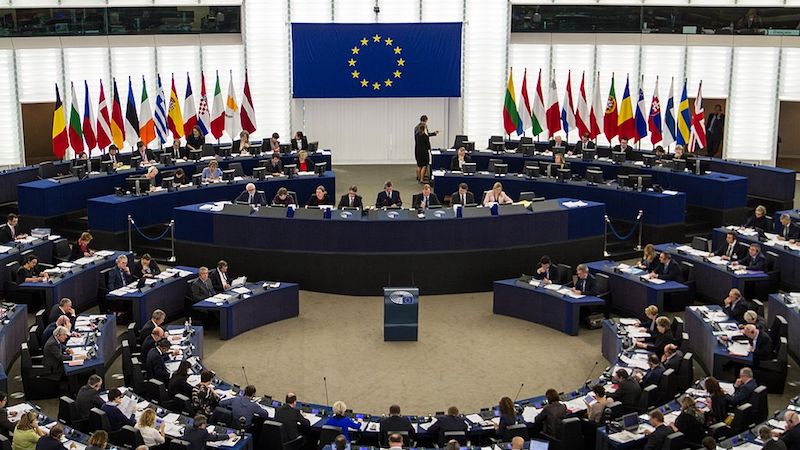 Members of the European Parliament voted on Wednesday in favour of increasing the EU’s Paris Agreement emissions pledge by 2020. They also urged the European Commission to make sure its long-term climate strategy models net-zero emissions for 2050 “at the latest”.

The parliament’s environment committee decided in its COP24 resolution that the EU should reconsider its greenhouse gas emissions reduction pledge for 2030, currently fixed at 40%, and bump it up to “at least 55%”.

Earlier this week, the Intergovernmental Panel on Climate Change (IPCC) released its landmark report on the effects of global warming and warned that temperatures are currently on track to rise by 3C by century’s end.

Stark confirmation that global climate action efforts are nearly completely insufficient to meet even the Paris Agreement’s 2C goal proved incentive enough as a broad coalition of MEPs ended up backing the proposed increase, tabled by the liberal ALDE group.

Green MEP Bas Eickhout, one of the co-authors of the resolution, told Euractiv that the IPCC report was “good timing” and provided “substantive backing of the world’s science” for what his political group have been championing for some time.

The text, which will be scrutinised by a full sitting of the parliament at the end of the month, urges the EU to use the UN’s Talanoa Dialogue to revisit its Nationally Determined Contribution (NDC) by 2020, as “the current NDC is not in line with the goals set out in the Paris Agreement”.

Although the council agreed that “collectively, NDCs submitted by parties and current emission trajectories fall far short of what is required to achieve the long-term Paris goals”, the conclusions made no specific mention of increasing the current 40% cuts promise.

Indeed, ministers only agreed that the EU is ready to “communicate or update” its NDC by 2020.

COP24 host Poland actually attempted to water down what have already been branded “weak” conclusions by environmental groups, according to leaked amendments seen by Euractiv.

The Polish delegation wanted to remove “the outcome of the Talanoa Dialogue in Katowice should be a commitment for all parties to reflect on their levels of ambition” but were not successful.

“Poland is sabotaging an ambitious outcome of the Talanoa Dialogue, which is indispensable for success at COP24. Poland is also putting relentless efforts to kill the debate on the need to increase the EU’s targets,” said Wendel Trio, the director of Climate Action Network Europe.

EU Climate Action Commissioner Miguel Arias Cañete has made no secret of the fact that recently revised clean energy rules mean the bloc will “de facto” emit 45% less and was reportedly keen to push for a formal increase at the council’s Luxembourg meeting.

But that did not transpire and a Commission spokesperson told Euractiv that the idea was never actually put on the table. A review of the pledge is currently ongoing though.

Commission, can you hear us?

The European Commission’s ongoing effort to draft a long-term climate strategy was also scrutinised by both the parliament resolution and the council conclusions.

MEPs agreed that the strategy should include an option for Europe to reduce emissions to net-zero by 2050, clarifying that the transition should not happen after that specific date.

Parliament sources explained before the vote that less-progressive forces within the European People’s Party wanted to push for “by mid-century” but the EPP eventually ended up backing the 2050 clarification for the very first time.

Eickhout called on the EU executive to present a “credible strategy”.

Tuesday’s council conclusions also urged the Commission to provide a 1.5C-compliant scenario and “at least one pathway towards net-zero emissions in the EU by 2050”.

Further political backing will be decided in plenary session later this month but it will send a strong signal to the EU executive, which is reportedly split over which direction its strategy should take.

Euractiv reported at the beginning of the week that although the political arm of the Commission, including Arias Cañete and even President Jean-Claude Juncker, are pro-net-zero emissions, some in the climate directorate believe business-as-usual is Paris-compliant.

A draft of the long-term strategy revealed that the Commission is split between applying the precautionary principle and favouring a less ambitious transition.

Rockwool International’s Brook Riley told Euractiv that “from a business and investment point of view, there is a big risk in being told a pathway is adequate only to find out later that it isn’t”.

Work is ongoing and a final version is expected to be revealed the week before COP24 on 28 November.