Dear EU leaders, this is why we are suing you for a 1.5C global warming limit

Across Europe, we already feel the impacts of climate change on our farms, forests and livelihoods. Yesterday’s UN science report showed the urgency of action 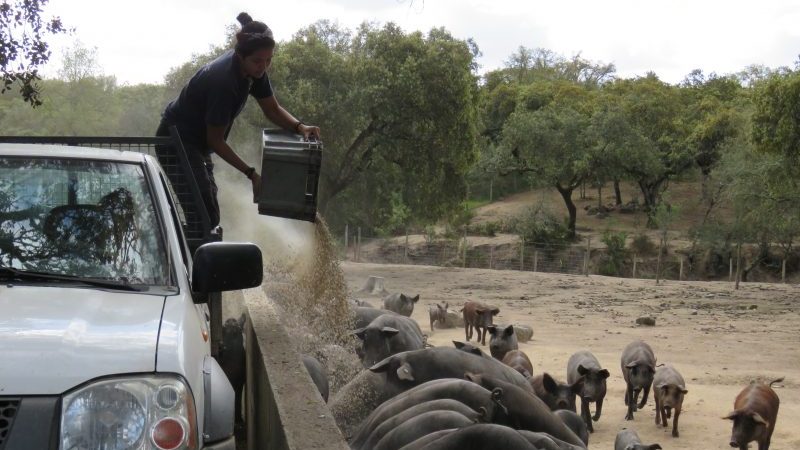 By Plaintiffs in the People’s Climate Case

Our message is urgent. We need you to look this way and listen to our words. This is too important.

We write to you as farmers, shepherds, foresters, hotel and restaurant owners and students. We live in different countries across Europe: Sweden, Portugal, France, Italy, Germany and Romania. We have only one thing in common: climate change is affecting our everyday life.

A few months ago, we took the EU to court for the inadequacy of the Union’s 2030 climate target. For most of us, it was the first time that we filed a lawsuit. We wouldn’t do it, if our families, friends, homes, traditions and the future of our children weren’t at stake. For us, climate change is not about high level diplomacy or negotiations. It is happening to us and we urgently need a Europe that protects us.

Last year, Armando lost his forested land in the Portuguese wildfires. The authorities publicly associated the wildfires with climate change.

The reindeer herding which is in the centerpiece of Saami culture is at risk because of the changes in the living conditions of the reindeers. Sanna is not only worried about the reindeers but also for her traditions, culture and the future of her generation.

Maurice has lost 44% of his revenue from the lavender farming in the last 6 years due to consecutive droughts in the south of France. His son Renaud is the first generation to start other businesses, as the lavender farming can no longer guarantee sufficient income for the whole family.

The sand dunes protecting the freshwater resources in Langeoog, a small German island, are under stress due to stronger storms. Maike and Michael, who have been living on this island for generations, are worried that they will lose the restaurant and hotel business that they built from scratch 20 years ago.

Vlad lives in the Carpatian Mountains. He takes his cattle from 700m altitude to 1400m for water and decent grass to graze. As he says: “I cannot go any further up with my herd, because above 2000m there is only the sky.”

In Portugal, Alfredo’s organic farm is hit by severe and more frequent droughts. He knows that in a climate change scenario beyond 1.5C of warming, which is where we are headed with the EU’s existing climate target, there will be a desert on the land where his farm stands today. And he, as well as 35 families who work on the farm, will have to move.

Ildebrando’s family has been in the beekeeping business for generations. The changes in the flowering season and unusual warm weather has started to destroy the hives and his family lost 60% of their production in 2017.

All of these impacts are happening to us right now and in the middle of Europe, as the result of a mere 1C of average temperature increase. It is already more than what we can bear.

Yesterday, the science reminded us that our future depends on one single number: 1.5.

The most important scientific body on climate change, the IPCC, alerted the world to the impacts of climate change, which will be much worse if we don’t limit temperature increase to 1.5C. The scientists also stated that “1.5C” is possible and feasible. This is the most ambitious target that is still achievable, if we act urgently.

The EU should now act to protect our fundamental rights from the worsening impacts of climate change. In our lawsuit and ever since, we have been asking to the EU to have better climate policies. We do not ask for compensation, nor money. We believe that increased climate action is the only way that we can save our loved ones and livelihoods where we’ve been living since generations.

Science proves once again that we have concrete means to address the challenge. And in Europe, we also have moments to put the topic on the table and reconsider what actual climate policies cost to us citizens.

Today, the Environment Ministers of the EU Member States are gathering in Luxembourg to discuss climate change. In a few months, Europe will host the annual UN climate change conference in Katowice, Poland.

Missing this opportunity to update the European climate targets and policies to a 1.5C-compatible pathway will have devastating effects on our safety, future and human rights.

We call upon the EU decision makers to listen to the word of science and increase the EU’s climate target for 2030 in line with a 1.5C-compatible pathway. This is the only possible way to protect citizens from the worsening impacts of climate change. The sole way that this generation of European politicians will be remembered as the ones who wrote history to the benefit of all.