Comment: At our next meeting, the board faces several challenges we must resolve in order to continue supporting climate action in the developing world 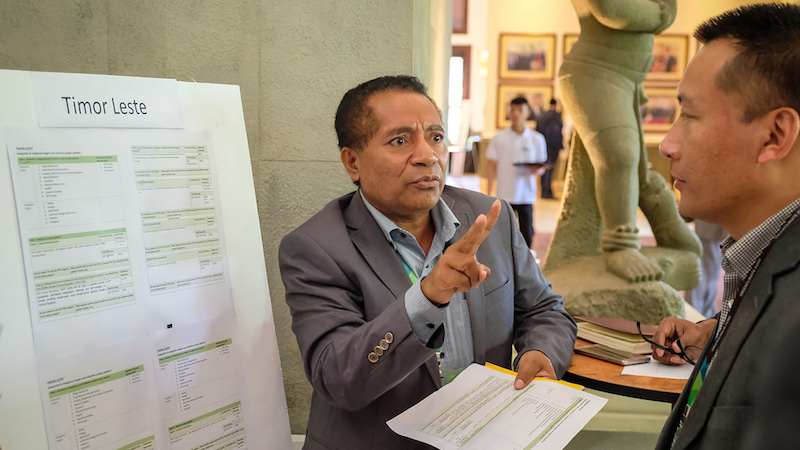 By Lennart Båge and Paul Oquist

The Green Climate Fund (GCF) was created to channel and mobilise climate finance, supporting action in developing countries to help them reach their climate ambitions.

Recent years and months have shown that climate change is already having a devastating impact with an increase in droughts, flooding, heatwaves and extreme weather events. Meanwhile, greenhouse gas emissions are rising again, with 1.6% growth in 2017, after remaining flat over the previous three years.

This shows we need an unprecedented global effort to address this challenge. The GCF has a decisive role to play in the success of the Paris Agreement and the rapid implementation of the Agenda 2030 sustainable development goals.

Early results at the GCF have been quite remarkable. While the fund has only been up and running for about three years, it has allocated more than $3.4 billion to 74 projects and programmes and mobilised another $9bn in co-financing. These are expected to improve the living conditions for 217 million people while at the same time reducing 1.3bn tons of CO2 emissions.

Yet achieving these results has not been without challenges. Even with such a noble and important cause as climate change, insufficient capacity at the secretariat, which is still growing, as well as the current system of governance have set limitations. Due to a lack of a decision-making mechanism in the absence of consensus the board oftentimes has found it difficult to reach agreement. The current board is working to correct this.

Filling the remaining policy gaps is needed to provide clarity and predictability to developing countries on issues such as co-financing, incremental costs and eligibility criteria. Further work remains to be done also on areas such as gender, accreditation including direct access, and the simplified approval process. It’s not merely about having policies for the sake of policies, but having the appropriate policies that are designed to enable the GCF to meet its objective of supporting developing countries in transitioning toward low-emission and climate-resilient development pathways.

The next board meeting, which will take place from 17-20 October in Bahrain, is crucial. The board is expected to decide on a large number of funding proposals, with an indicative funding envelope of about $1bn, as well as several accreditation proposals. The board is also expected to initiate a review of the fund and its performance during the Initial Resource Mobilization Period (IRM). Furthermore, the board will have to treat the selection of a new executive director as a matter of urgency. It also needs to launch the replenishment and agree on the arrangements to make it happen.

As co-chairs of the world’s largest climate-dedicated fund, we are highly conscious of the challenges ahead of us. Climate impacts are apparent everywhere, affecting both developing and developed countries. Entire countries, local communities and individuals are already feeling the impacts. With the growing threat of climate change, the role of the GCF will only become more important. Whatever short-term challenges the fund may currently face, developed and developing country board members need to work together to respond to our rapidly changing climate.