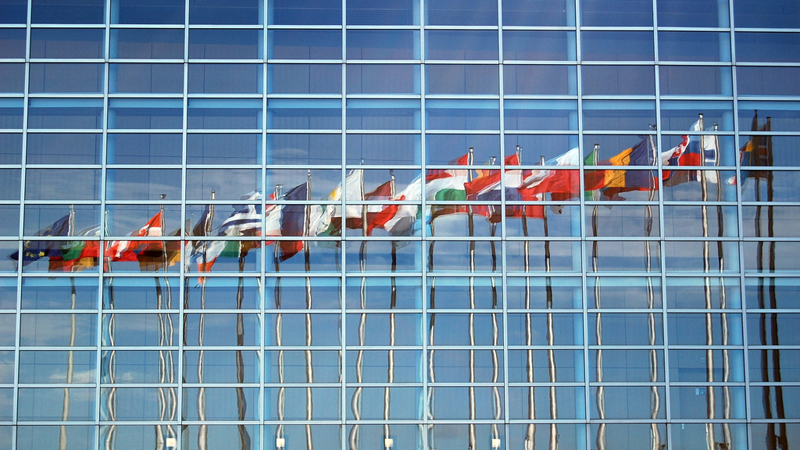 By  Claire Stam for Euractiv

EU environment ministers will refer to limiting global warming to 1.5C when they meet on 9 October, a day after the release of the much-awaited, landmark IPCC report, according to draft conclusions seen by EURACTIV.com.

The draft conclusions of the environment council state that the EU is “deeply concerned by the new evidence on the negative impacts of climate change that are unequivocally confirmed by the latest scientific findings reported by the Intergovernmental Panel on Climate Change (IPCC) in its Special Report on the impacts of global warming of 1.5C above pre-industrial levels and related global GHG emission pathways.

“In this context, it is a matter of extreme urgency to strengthen the global response to the threat of climate change, sustainable development, and efforts to eradicate poverty”.

The text suggests that the EU environment ministers acknowledge the urgency of taking global action against climate warming and that this should be done within the 1.5C pathway, the lowest target of the Paris Agreement and therefore the most ambitious one.

As a reminder, Article 2a of the Paris Agreement states that it aims to strengthen the global response to the threat of climate change by “holding the increase in the global average temperature to well below 2C above pre-industrial levels and pursuing efforts to limit the temperature increase to 1.5C above pre-industrial levels, recognizing that this would significantly reduce the risks and impacts of climate change.”

At the Paris conference in December 2015, governments also charged the UN’s climate science panel, the IPCC, with producing a report that assesses what the difference between these two goals would be, in terms of impact on human life, the economy and the global environment.

That report will be published on 8 October and is widely expected to scientifically demonstrate that the upper temperature goal of the Paris Agreement does not represent a climate safe zone, with the difference between warming of 1.5C and 2C being damaging to communities, economies and ecosystems across the world.

The IPCC report is therefore seen as a key document ahead of December’s UN international climate conference (Cop24) in Katowice, Poland, because it will back up parties and stakeholders in favour of more ambitious climate action.

In that respect, the draft conclusions note that the outstanding issue at the moment is whether the EU will signal its readiness to review and increase its 2030 target by 2020 at the Cop24.

In other words, the document does not say if or how the EU will commit to increasing its climate target. It sticks to the notion that all parties, globally, should raise their ambition.

“The outstanding issue remains the indication of the EU climate ambition by 2020 with a view to Cop 24 (paragraphs 10 and 23). A number of delegations are of the view that the EU should signal readiness to review its nationally determined contribution, other delegations prefer keeping the factual reference to the 2030 climate and energy framework and the new EU legislation. Several delegations have supported the Presidency compromise text which gives a strong political signal and narrative on the EU level of ambition for the upcoming UN negotiations in Katowice,” the document reads.

It adds that the environment council “is invited” to resolve this “outstanding issue” and adopt conclusions when it meets on 9 October.

The document also stresses that the new long-term climate strategy that is currently being developed by the European Commission needs to contain both a pathway to reduce greenhouse gas emissions to net zero in the EU by 2050, and a pathway to limit temperature rises to 1.5C, which would need to be even more ambitious.

It also makes a strong case for accelerating the ongoing energy transition by referring to the economic opportunities it will bring.

Asked to comment on the draft conclusions, Wendel Trio, director of CAN Europe, told EURACTIV that his organisation was happy to see that member states recognise the gap between current commitments and what is needed to stay below 1.5C.

“Keeping temperature rise to 1.5C is still possible, but only if policymakers act without any further delay. EU ministers meeting next week need to use the findings of the IPCC report to commit to stepping up the EU’s climate targets at the upcoming UN climate summit Cop24 at the latest,” he said.

Meanwhile, a group of businesses, investor groups, local and regional authorities, and civil society organisations grouped in a ‘Coalition for Higher Ambition’ issued a statement that calls upon EU environment ministers to adopt a Cop24 position that acknowledges the inadequacy of the current 2030 target and shows a commitment to increase it before 2020.

The signatories of the statement include the Institutional Investors Group on Climate Change (IJGCC), representing over €21 trillion in assets, and the Climate Alliance of more than 1,700 cities and municipalities from 26 European countries.