Electricity will be dominated by renewables and supply nearly half of total energy demand by 2050. Yet the rise is not enough to meet the Paris Agreement goals 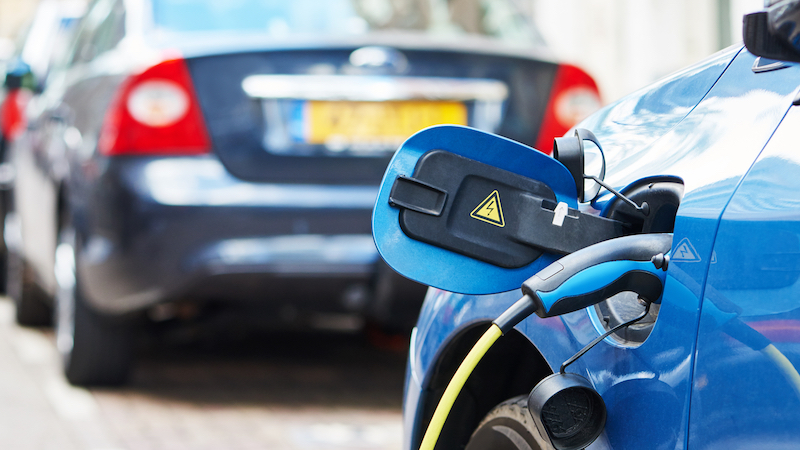 Electricity is set to dominate energy demand by mid-century, doubling to a 45% share as cars, buildings and manufacturers quickly shift away from fossil fuels, according to a global energy transition report released on Monday.

Increased electrification bodes well for renewable power sources, but the anticipated surge falls well short of meeting the Paris Agreement’s goals for limiting climate change. And it will force a hefty overhaul of the role of electricity suppliers, large and existing fossil fuel generators and oil companies.

Global energy demand is expected to peak in the mid-2030s at around 470 exajoules per year, or 17% higher than it was in 2016. It will fall to 450 exajoules by 2050, according to the report by DNV GL, a Norway-based risk management group.

Renewables are projected to hit an 80% share of total power supply by 2050, while oil and coal are halved. Solar panels will lead the way, followed by onshore wind, hydropower and offshore wind.

“We are seeing all the things we say that we should do in order to work against climate change,” said Ditlev Engel, chief executive of DNV GL-Energy. “But, if our scenario by 2050 pans out, the important message really is: It’s not enough.”

To accelerate the energy transition, the world first needs to further boost the uptake of existing technologies like electric vehicles, Engel said. On top of that, regulations and policies need to be adapted to reflect the Paris Agreement’s goals, which include cutting manmade greenhouse gas emissions to net-zero by mid-century.

The rise in electricity demand will require a “massive” increase in electricity grid capacity, DNV GL said. With more variable solar and wind power, the market needs to become more flexible – batteries and interconnectors, for example, can help store or export power when there’s a surplus and use or import it when it wanes. Fossil fuel generators, meanwhile, can remain on standby for peak demand.

The gradual decline of fossil fuels is already forcing traditional oil and gas majors to transform, the report noted. Many have switched to “gas and oil,” and will eventually turn into “energy” companies that will increasingly compete with electricity network owners and suppliers.

Case in point: Royal Dutch Shell won an auction for financing in June to build an offshore wind farm in the Netherlands, while Norway’s Equinor announced last month that it will use floating offshore wind turbines to power its oil and gas fields, Engel said.

Big oil companies’ expertise in building large projects will ultimately benefit the renewables industry, he argued. “Of course also tapping into their knowledge, working on big projects, is going to be important.”