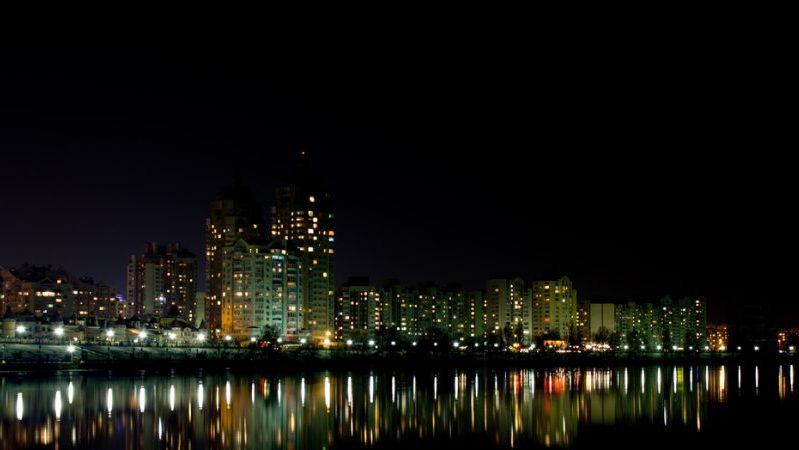 By Hans-Josef Fell and Ruslana Lyzhychko

On 24 August, Ukraine celebrates its independence day. But as last week’s talks between Russian president Vladimir Putin and German chancellor Angela Merkel on gas transits via Ukraine showed, the country is far from being energy independent.

Ukraine’s economy is one of the most energy intensive in Europe. Gas imports from the EU serve only as a short-term solution, as the EU depends on insecure and expensive Russian gas supplies. The Ukrainian government plans to increase local gas production, which would pollute climate with high methane emissions and require about $4 billion of capital expenditure. Ukraine still relies heavily on nuclear energy, which generates more than the half of its power. Most nuclear reactors are out-dated and a major safety hazard. Ukraine still struggles to cover the costs of the Chernobyl catastrophe consequences.

The best solution to all these challenges is a fast transition to safe and clean domestic renewable energy sources and increasing energy efficiency. 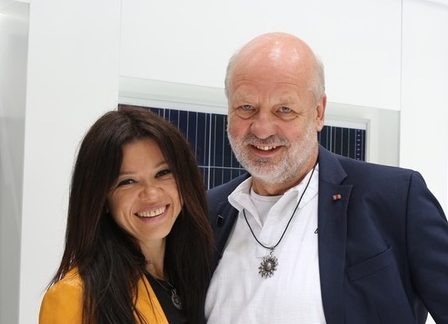 In recent years, Ukraine has adopted a number of significant energy reforms. The government cut energy subsidies, stopped direct gas imports from Russia and introduced a range of energy efficiency measures. It can and should do more.

Ukraine has a high potential across all renewables: solar, wind, water, geothermal and biomass. A recent study by Finnish Lappeenranta University of Technology and the Energy Watch Group showed that Ukraine can switch its electricity to a full renewable energy supply by 2050 or earlier and it will be more cost-efficient. According to the study, green energy transition would bring the levelised cost of electricity to €54/MWh from a current level of €94/MWh in 2050.

But discussions on renewables in Ukraine are often overshadowed by stereotypes, spread by fossil fuel and nuclear lobbyists. The two most widespread are: renewable energy technology is too expensive and cannot provide secure energy supply.

These arguments are long outdated. Last year, transition and developing countries, including China, India, Mexico and Chile were leading on investments in renewables. Already today, new renewable energy installations are cheaper than fossil fuel and nuclear power plants in most countries.

Energy supply, fully based on renewables, is secure. Another study by the Energy Watch Group proved that a global electricity system based on 100% renewable energy is feasible at every hour throughout the year and is more cost effective.

In 2014, fossil and nuclear energy subsidies in Ukraine accounted 7% of the GDP. This is an enormous amount of money, which could otherwise be used for strengthening other vital sectors like health, research and education.

The main challenge in Ukraine is to reach a critical mass of installed renewable energy capacity in order to get independent of fossil fuels and nuclear. Currently, renewables account for just 1.5% of the country’s energy mix. It is a long shot to the Government’s target of 11% by 2020. Therefore, strong political will and huge efforts are needed.

In the past, green energy tariffs in Ukraine were tailored to profit a group of oligarchs, which led to a distorted image of renewables in the public. Yet, in contrast to fossil fuels and nuclear, investment in renewables came not only from oligarchs, but also from private people, cooperatives, farmers, small and medium companies and foreign investors. This democratic participation should be strengthened by the reform of the energy legislation, currently discussed by the Ukrainian Parliament.

With the right political framework, deployment of decentralized renewable energy will help to reduce monopolies and oligopolies and combat corruption. Investments in R&D, renewable energy, storage and efficiency technologies will create many jobs, especially in the rural area.

A switch to renewable energy is a great opportunity for Ukraine to become energy independent and boost the economy. Even more importantly, this transition would help to end conflicts over resources in eastern Ukraine and bring long awaited peace.

Hans-Josef Fell was a member of the German Parliament for the Green Party from 1998 to 2013. He is a co-author of the Draft German Renewable Energy Sources Act 2000, which laid foundations for the German energy transition. Currently he is president of the Energy Watch Group, an international network of scientists and parliamentarians.

Ruslana Lyzhychko has become internationally renowned as a Ukrainian singer, dancer, composer, and politician. In 2004 she won Eurovision Song Contest. As a leading figure in the Maidan Revolution in 2013 and a member of the Ukrainian Parliament she contributed to Ukraine’s growing independence.