Promises of climate cash remain unfulfilled, said Eineda de León, who also called for unity in a region split by the collapse of Venezuela 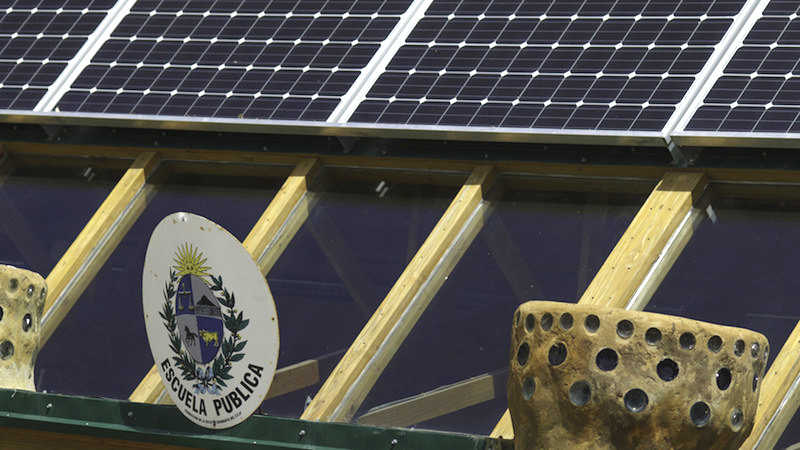 Speaking at the beginning of Climate Week in Latin America and the Caribbean, Eineda de León urged rich countries to increase their commitments to flagging UN green funds.

“The levels of funds announced as part of the Paris Agreement has not been reached. The Global Environment Facility has diminished its contribution. And we still haven’t managed a first reinvestment of the Green Climate Fund,” she said.

The ambition of developing countries to act on climate change was tied to the replenishment of those institutions, she said.

Rich countries have promised to send $100bn each year to the developing world by 2020 to help deal with climate change. But they remain well short of that mark.

One of the financial backbones of the Paris Agreement, the future of the Green Climate Fund is currently in jeopardy. Tensions between board members from rich and poor countries have derailed agreement on a process to raise funds in July.

“To confront climate change with the idea of investing $100bn a year is like entering a class-5 hurricane with a mere umbrella” Gianluca Merlo, a senior UN figure in charge of overseeing the implementation of the Paris Agreement in the region, told EFE Verde.

Uruguay’s de León also stressed the need for greater Latin American unity in tackling climate change. “My feeling is that the region isn’t united like it should be given that it shares the same problems, such as the acquisition of funds to mitigate climate change,” she said.

The region is divided over the collapse of order in Venezuela. In August, foreign ministries from several countries including Brazil, Paraguay, Mexico, Peru and Argentina explicitly condemned Nicolás Maduro’s government in the Lima Declaration. Venezuela may, in return, attempt to block Brazil’s candidacy to host UN COP25 climate talks in 2019.

Climate Week is part of the Nairobi Partnership Framework, an organisation created by Kofi Annan to foster collaboration between governments and the private sector and support developing countries in addressing climate change.

Taking place from 20 to 23 August, the gathering focused on raising funds for climate action, refining countries’ pledges to the Paris Agreement and discussing sustainable transports and cities.