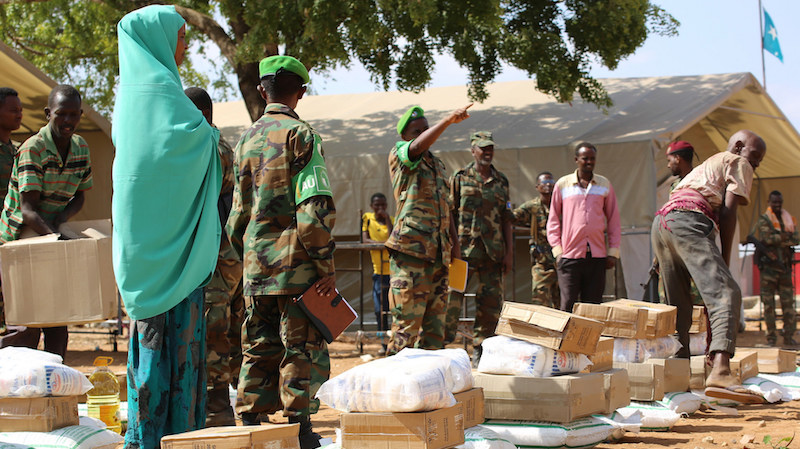 In a resolution adopted on Tuesday as part of a renewed mandate for assistance and peacekeeping in the country, the council noted “the adverse effects of climate change, ecological changes and natural disasters among other factors on the stability of Somalia, including through drought, desertification, land degradation, and food insecurity”.

The council emphasised the need for peacekeepers and governments working in Somalia to be better prepared to cope with complications arising from climate impacts.

The links between climate change and insecurity have been emerging on the ground and in the halls of diplomacy.

Camilla Born, a senior policy advisor at E3G, said: “The fact an old-school body like the security council are sitting up and taking notice of climate security risks should not be underestimated. Never before has this powerful body mandated the UN to practically deal with climate change in the here and now as a threat to peace.

“The prospects for sustaining peace in Somalia could be significantly strengthened as a result, which bodes well for its people, the region and future UN activities elsewhere seeking to sustain peace and achieve prosperity.”

Janina Vivekananda, senior project manager and climate expert at consultancy firm Adelphi, said the move by the UNSC was “historic”.

The elevation of climate change as a risk factor in Somalia adds to recent council statement on the significant shrinking of Lake Chad, and the consequent destabilisation of West Africa and the Sahel. It raises concerning parallels between the Horn of Africa and West Africa.

Somalia, which straddles both sides of the equator, has little seasonal variation, and produces some of the highest recorded mean temperatures of any country in the world. Recent projections by the World Climate Research Programme (WCRP) in Somalia’s Adaptation Programme of Action (NAPA) predicted a mean temperature increase of 3.2°C by 2080, which will bring with it a host of irrevocable consequences.

Speaking to Climate Home News, Vivekananda outlined three interlinked impacts climate change is having on Somalia: the sharpening of pre-existing grievances over access to already scarce resources, the rise in terror group recruitment, and the increased complications in migration.

“Extreme weather conditions decrease the viability and quality of land and risks access to already scarce resources,” said Vivekananda. This makes it easier for militant groups to recruit.

“Young people working in farming, pastoralism, and fishing face a future of unemployment, so are more susceptible to alternatives which provide food security, livelihood and a daily wage,” she said.

The presence of terrorism pushed more people into migration, already a problem in a region where neighbouring communities and nations are also suffering climate change’s effects.

Dadaab, the Kenyan town near the Somalian border which houses 5 refugee camps, is under immense strain after attempting to meet the resource demands of 250,000 refugees amid a long term drought.

Vivekananda said UN peacekeeping efforts have so far paid little attention to the links between Somalian conflicts and climate change.

“It is a step in the right direction,” said Vivekananda. “A lot can be done on increasing community resilience to climate change but also there’s a lot that can be done on the conflicts. If the context is less fragile then communities, governments and national institutions are much better placed to address and adapt to these climate risks.”

The resolution was adopted unanimously by the council, which includes the US as a permanent member. That country has been been unwilling to accept climate change language in some international fora – such as the G7. UN monitor What’s in Blue reported that two unnamed member states, one permanent and one elected, had resisted the inclusion of the climate clause, but it was nevertheless included in the final text.