Cooperation on climate change is a “shared interest” between London and Brussels, according to a paper released by the UK government on Thursday 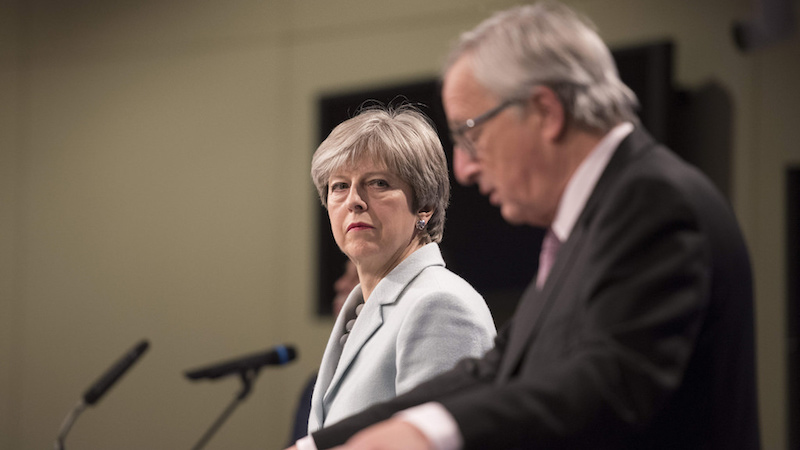 The UK will seek to continue its climate change cooperation with the EU after it leaves the union in 2019.

That’s one of the few climate takeaways from a white paper on the future relationship, released on Thursday by Theresa May’s government.

The document, which sets out in the most detail yet the UK’s ambitions for a deal it will negotiate with Brussels in the coming months, said the government “recognises the UK’s and the EU’s shared interest in global action on climate change and the mutual benefits of a broad agreement on climate change cooperation”.

The UK’s domestic laws are already “more stretching than those that arise from its current obligations under EU law”, said the government. “The UK will maintain these high standards after withdrawal.”

What a future broad agreement could look like, said think tank E3G’s Pete Clutton-Brock, was a continuation of the UK’s involvement in the EU’s interaction with the Paris climate agreement.

The UK is currently a signatory to the EU’s Paris pledge to cut its carbon and negotiates as part of the EU bloc at UN talks. The UK could change that arrangement after it leaves, forcing the EU to submit a new promise.

The loss of the UK, which has made faster cuts to emissions than many other EU nations, would mean the EU would have to push its remaining nations to do more.

“This sends an important signal to EU,” said Chatham House’s Georgina Wright. “But it is vague.” It doesn’t outline, for example, how the UK would participate in EU discussions on policy in future.

That “could upset the balance in favour of lower levels of climate ambition [in the EU]” she added.

Convincing reluctant eastern states to increase their action would be made harder if the EU were to increase its pledge: a strong possibility, according to its energy commissioner Miguel Arias Cañete.

Clutton-Brock said the UK could use this to its advantage in the negotiations. May has made it clear that the UK wants access to the EU’s internal energy market once it leaves. But in the white paper, the government said it “does not believe that participation in the IEM should require a common rulebook on wider environmental and climate change rules”.

“There might be a trade-off,” said Clutton-Brock, although warned against viewing the negotiations in terms of tit-for-tat transactions. The EU was quick to hint on Thursday that aspect of the paper may cross its red lines. But observers see climate and energy as opportunities for cooperation and building goodwill.

If the EU accepts UK participation in the energy market (by no means a given), the white paper says the UK would continue to participate in the EU emissions trading scheme. This would bolster a wide range of businesses who have been working inside the scheme since 2005.

In general, the white paper contained “really very little extra detail” on energy and climate change, said Clutton-Brock. “It’s at the end game and that we don’t have detail on these things is worrying.” But he added that the inclusion of a climate change section in the paper could be seen as positive, given erstwhile secretary of state David Davis’ antipathy toward climate regulations.

New Brexit secretary Dominic Raab, who took over from Davis this week, has ties to a free market network that funds climate sceptic and anti-EU groups, DeSmog UK reported on Monday.

In another, more fleshed out section of the paper, British toaster sovereignty remained unreclaimed.

One of the consistent bugbears of the UK’s red top press has been the EU’s imposition of manufacturing requirements for fridges, freezers, toasters, TVs etc. This includes energy consumption.

The EU even put new kettle and toaster regulations on hold before the 2016 vote in order to avoid bad news stories that could sway the vote.

That intervention failed to convince the Brits. But now May has said the UK would accept EU rules as part of broad customs arrangements she is calling a “common rulebook”.

The same proposal would be a relief to the wind power and electric car industries, said think tank E3G’s Pete Clutton-Brock, who have complicated cross-channel supply chains a customs border would make impossible.