7 surprising things about the carbon footprint of your food

From sandwiches to ‘bleeding’ veggie burgers, we’ve rounded up some of the latest research and innovations for a low-carb(on) diet 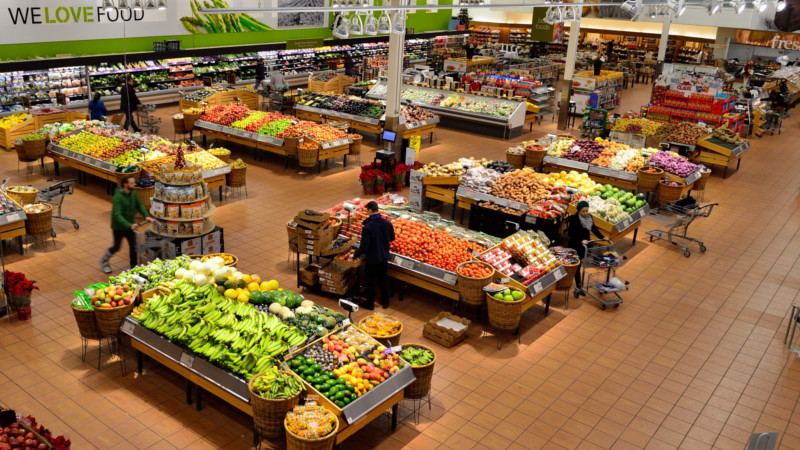 Everything we buy has a carbon footprint and food is no exception.

From seed to mouth, it can be easy to forget how much in terms of production goes into our food. So here’s a couple of things you may not already know about the carbon footprint of your favourite dishes.

Chicken isn’t the most carbon-intensive meat, but it may come as a surprise to know that some of our favourite veggies have an equally poor carbon record.

Researchers from the University of Manchester recently calculated the carbon footprint of ingredients in British sandwiches. For sandwich eaters, cutting out tomatoes from a classic BLT (bacon, lettuce, and tomato) may be better for the environment.

Natural gas and electricity are used for the heating and lighting of greenhouses for tomatoes in the UK, contributing to their high carbon footprint. A 2009 report by the WWF found that in the UK, tomato, pepper, and cucumber production is worse for the environment than chicken and turkey.

2. Tofu of us consider everything

Demand for soy is driving deforestation, but think again before you put all the blame onto tofu eaters or the vegan movement. Around 70% of the global soy production is fed directly to livestock.

Beef racks up to 105kg of Co2e per 100g, while tofu produces less than 3.5kg. Trying to feed all those cows has meant that the expansion in soy has led to deforestation and the decline in other valuable ecosystems that store carbon. The Cerrado, a savanna ecoregion of Brazil, has lost half of its natural vegetation to soybean plantations.

One study found that deforestation related to soy production in Brazil is responsible for 29% of the country’s greenhouse gas emissions. 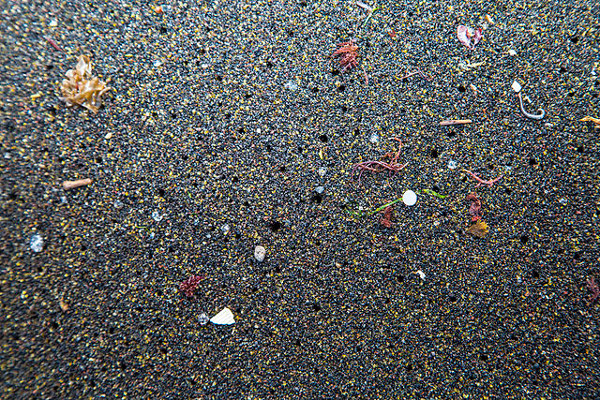 3. Something fishy about that

Maybe not strictly carbon footprint related, but microplastics, tiny pieces ranging from 5 millimetres down to 100 nanometers in diameter, are everywhere and a recent article from the World Economic Forum suggested that they have been found in a range of foods from fish to honey, chicken, and beer.

Besides polluting seas and oceans, microplastics are swallowed by fish and other marine creatures and enter our system when we eat seafood. Land animals also consume microplastics, although, unlike with fish, we tend not to eat their digestive systems.

Organic food has an image of health and sustainability but is not necessarily better for the climate than non-organic food. One study published in Environmental Research Letters found exactly that in June 2017. 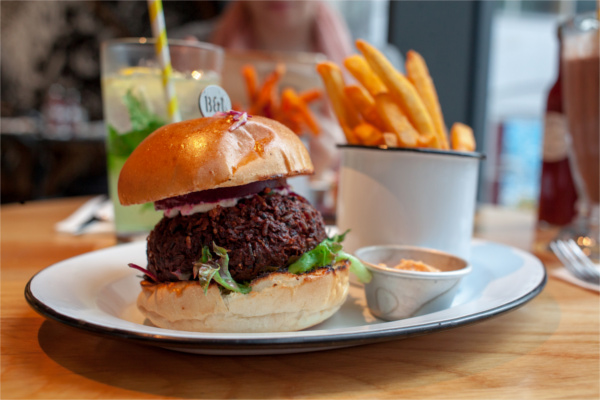 There are a variety of reasons why someone would consider going vegetarian, with studies suggesting that going vegetarian “can cut your carbon footprint in half”. While some vegetarians may miss the flavour of meat, we can’t be certain how many miss being reminded that that’s what they’re eating.

Now, vegetarians and vegans can treat themselves to a meatless patty that literally bleeds… beetroot juice. Beyond Meat, Impossible Foods, and Naturli are some of the companies working on bringing meat-free ‘bleeding’ burgers to the mass market.

These burgers are either grown in labs or made from ingredients such as mushrooms, wheat, nuts, coconut oil, beetroot and soy, and have a significantly smaller carbon footprint than the animal-based original. 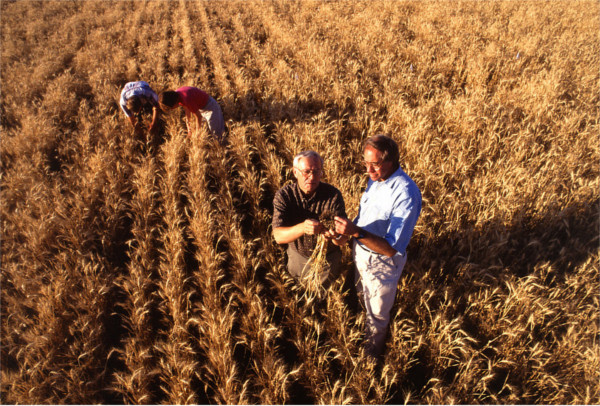 Most of the emissions from staples such as bread come from the fertiliser used to grow wheat. A 2017 study found that ammonium nitrate fertiliser accounts for 43% of all the greenhouse gas emissions in the production process of a loaf of bread.

But can different types of bread be better or worse for the environment (besides being better or worse for your body)? Cereals used in bread, such as oats and barley, have smaller carbon footprints than typical wheat used in white loaves, as well as rye.

Blanket agricultural production doesn’t work across the world, and it’s important to consider local ecosystems when looking at how best to produce food with the lowest carbon footprint.

A vegetarian typically has a smaller carbon footprint than a meat eater but the plant-based diet isn’t practical everywhere, especially for those who live in dry or cold places that cannot support the growth of most vegetable crops.

Although approximately 1,799 gallons of water is needed per pound to raise a cow, the amount of water needed in order to successfully farm in desert-like climates can be huge and is currently unsustainable. Even though it may be better for the climate to be vegetarian, for some, that just isn’t sustainable.