None of the big six are shifting fast enough to clean investments, finds E3G report, but the Inter-American Development Bank is a frontrunner 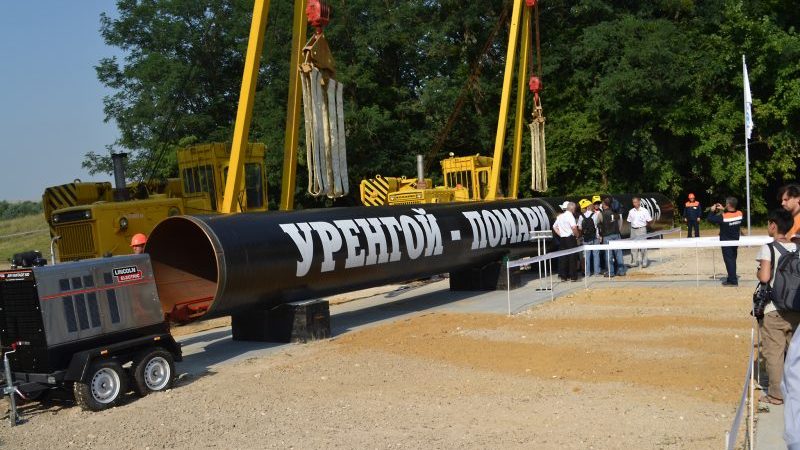 Multilateral development banks (MDBs) are falling short of pledges to climate-proof their investment portfolios, according to a report by think-tank E3G.

Six leading MDBs were assessed on the progress they had made in aligning their financial flows with the Paris Agreement goals, which they committed to in December 2017.

The Inter-American Development Bank (IDB) was ranked top and the European Bank for Reconstruction and Development (EBRD) bottom. None were fully in line with the 1.5-2C global warming limit agreed in Paris.

Helena Wright, senior policy advisor at E3G and lead author of the report, said that while the banks had all increased their investments in clean energy, they were still channeling too much money into dirty energy.

“Scarce public finance should not be used to invest in fossil fuels when we need an urgent shift away from fossils to prevent the worst impacts of climate change,” said Wright. “Given that we are far from reaching Paris goals, all public institutions will need to undertake radical reforms to support the transition.”

Development banks provide support to the private sector for development in developing countries and have a large influence on where investment goes.

Wright told Climate Home News “the development banks’ leadership is important as they are standard-setters and can send a strong signal for finance institutions worldwide”.

By the MDBs’ own estimates, they committed more than $27 billion in climate finance in 2016, but the report noted “most of them spend almost as much on fossil fuels as they do on energy-related climate projects”. 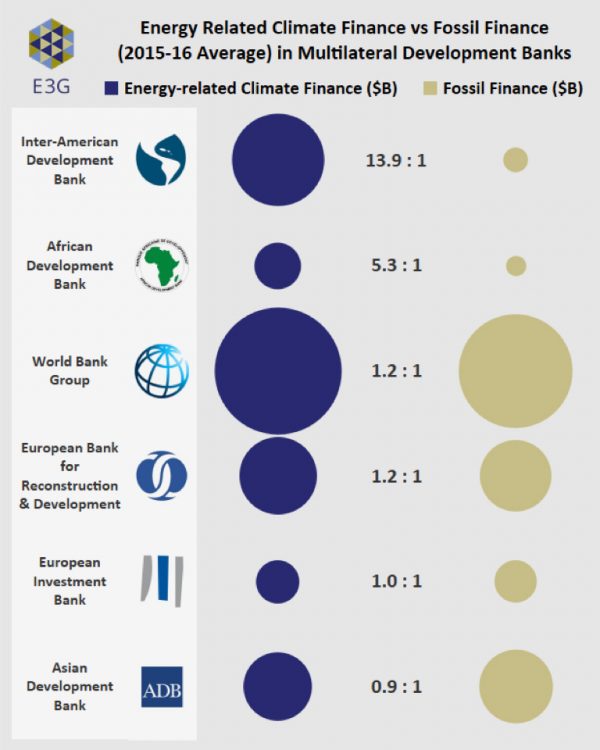 Amal-Lee Amin of frontrunner IDB said increasing investment in sustainable infrastructure was “a key area of priority” and aligning with the Paris Agreement was “an ongoing and continuous process”.

Svitlana Pyrkalo of last-placed EBRD said the bank did not recognise itself in the study and the conclusion “falls short of being helpful in getting all the MDBs aligned around the Paris agreement”.

“Even by the report’s own admission, the EBRD is a leading multilateral bank in energy efficiency,” Pyrkalo said. “Climate change is a global challenge, and we are a committed driver for more, and more efficient, climate finance.”