The Act Alliance is calling on the EU to direct more climate finance to the most vulnerable, after finding Turkey and Ukraine were the biggest beneficiaries 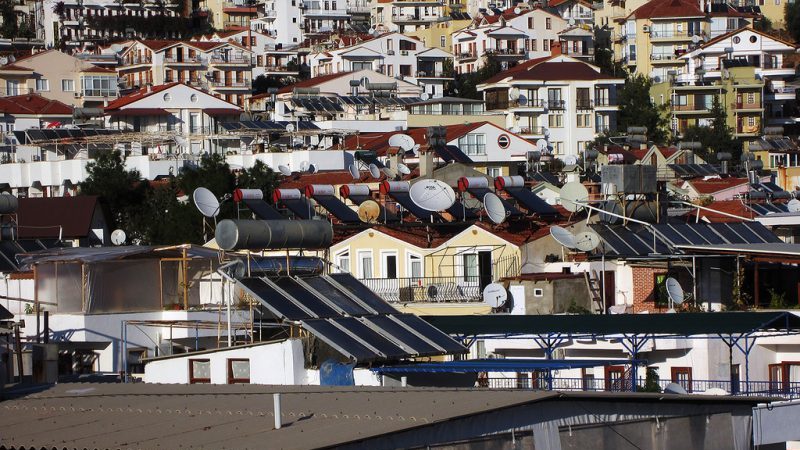 The EU favours middle-income countries with its climate aid program, according to analysis by a coalition of development agencies.

In a report released on Wednesday, the Act Alliance called on the EU to revise its climate finance strategy after finding EU institutions channeled 78% of their funding to middle income countries. Vulnerable least developed countries (LDC) received just 19%.

Bangladesh is the only LDC among the top ten recipients of EU climate aid, receiving an annual average of €74 million ($91m) compared with Turkey’s €667m ($816m) annual package. Turkey and Ukraine, who both neighbour the EU, are the two biggest beneficiaries.

Act Alliance spokesman Mattias Söderberg said: “There’s a lot of political will to tie Turkey and the EU together; this cooperation means a flow of funds to the region. It’s very unfortunate because the funds are needed most in the poorer countries, but they’re just not getting there as much.”

The study compiled climate finance accounts from the European Commission, development banks and member states. It found funding was mostly allocated to projects aimed at mitigating and reducing high emissions activities, as opposed to building resilience in poorer regions vulnerable to climate change, which are already experiencing sea level rises and food insecurity.

“If we don’t invest in adaptation in the places that need it, we will have more problems in the future. Climate change is a major driver of conflict and major catastrophes, this is highly likely to cause migration as a result of displacement,” said Söderberg. “Possibilities for development are at risk if we don’t invest in the right places now.”

The EU and other developed countries have promised to collectively mobilise $100 billion of climate aid each year by 2020.

A spokesperson for the Commission emphasised the EU and member states are collectively the biggest donor of both development aid and climate finance worldwide. Turkey is not eligible for development aid but receives funds to prepare for potentially joining the EU, they said, adding it was misleading to compare different activities and funding mechanisms.

“EU multilateral climate funding is not earmarked to any particular country and the operational entities take their decisions independently, based on their programming and demand from the host country,” the spokesperson said.

The Act report says funds need to increase steadily to meet the 2020 target.

Over 40% of EU climate aid is delivered as loans, which means that developing countries must repay the support that they receive. There is some debate as to whether loans should count as overseas assistance, given the EU’s historic responsibility for causing climate change.

“It is really important that EU institutions develop clear-cut accounting rules,” he said. “They must be able to guarantee stable finance flows to the region to build trust with those nations in the coming talks. Currently, there is no agreement.”

Transparency of climate finance is a key issue at UN climate talks, as countries aim to agree a rulebook for implementing the Paris Agreement by the end of 2018. Interim talks start in Bonn, Germany next week.