Sunday talanoa: climate negotiators ‘talk to each other like people’ 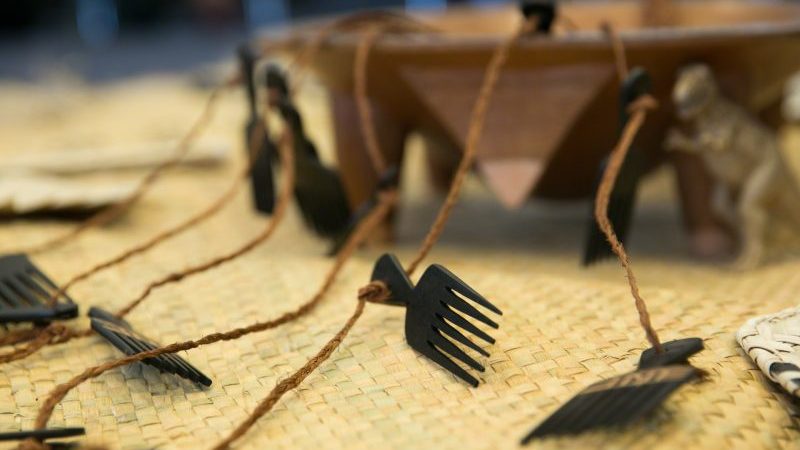 A display of Fijian objects to highlight the Sunday climate talanoa's Pacific origins (Pic: IISD/ENB|Kiara Worth)

It was a “milestone” that “broke down barriers” between national negotiators and the wider world: “Everybody talked to each other like people, not like parties.”

Campaigners who took part in Fiji’s climate change “talanoa” on Sunday were effusive after the event. The Pacific-inspired format put researchers, activists and lobbyists on an equal footing with government representatives, sitting in a circle and sharing their stories.

It kicked off a stocktake of efforts to put the Paris Agreement into practice, which will culminate in a political moment in Katowice, Poland this December.

This could produce a formal declaration from the conference. That outcome is still up for grabs, with nations vulnerable to the impacts of climate change particularly vocal about the need to raise ambition.

Hilda Heine, president of the low-lying Marshall Islands, tweeted: “The #Talanoa4ambition is not some bureacratic box-ticking exercise for my country. It’s the first step for giving us the pathway to survival the #ParisAgreement promised us.” 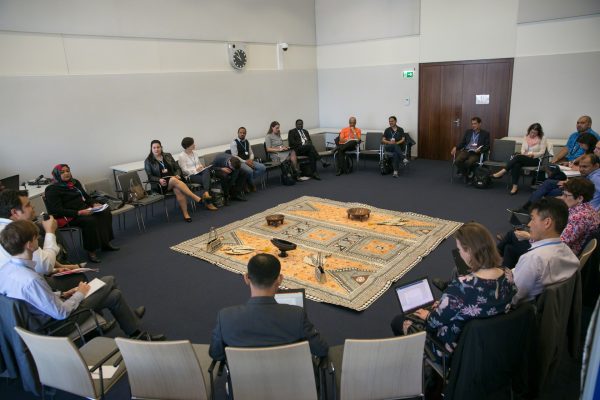 One of seven parallel talanoa sessions in Bonn on Sunday (Pic: IISD/ENB | Kiara Worth)

Where are we? #Rwanda ha a GDP growing at an average of 8% but it has been experiencing floods and landslides which killed 116 people and destroyed 1201 houses and 33 bridges only from Jan to April 2018. #SB48Bonn #Talanoa4Ambition #ParisAgreement #COP23 pic.twitter.com/ACQqblRckY

Fuelled by kava, Fiji’s mellow alternative to coffee, wildly diverse interest groups set aside hostilities to listen to one another.

Juan Pablo Osornio of Greenpeace said at a press briefing on Monday his favourite story came from Samoa. The island state’s representative talked not just about the impact of cyclones, but also how people used humour to cope with their fears. “She made it very organic, very personal and I really appreciated that.”

A case study about a Marshallese entrepreneur who boosted energy efficiency on his islands impressed Emmanuelle Pinault, diplomacy lead at megacities coalition C40. “We need to get out of our bubble and speak to the population,” she said, “that climate action is actually something that is creating jobs, that is creating equity, that is creating a lot of benefits for everyone.”

Drinking kava in between break from the Talanoa Dialogue in Bonn today. Working to see enhanced NDCs to put us on a 1.5 degrees pathway. Everyone to do their fair share in the light of their responsibility and capacity. Submission of enhanced 2020 NDCs. pic.twitter.com/q98FfLezSM

To David Wei, representing Business for Sustainable Responsibility, Italy’s claim to be on track to overachieve its targets showed why countries and businesses alike should not be afraid to aim high. “The reason that story resonated with me is very honestly, businesses will set goals when they don’t know clearly how they will achieve those goals… more often than not, they find they can meet them early.”

Not everybody embraced the informal style. For every homespun anecdote, there was a familiar policy talking point.

Kim Carnahan of the US state department, for example, boasted of American leadership in clean technology innovation, listed shale drilling and coal power among the solutions to climate change – and skimmed over president Donald Trump’s plan to pull the US out of the Paris Agreement: “Our position on the Paris Agreement remains unchanged.”

Delegates are due to report back from the seven parallel talanoa sessions to a plenary on Tuesday.