The UK emits as much as 18 of its former colonies, a report finds, and, along with Australia and Canada, isn’t doing its fair share to cut carbon 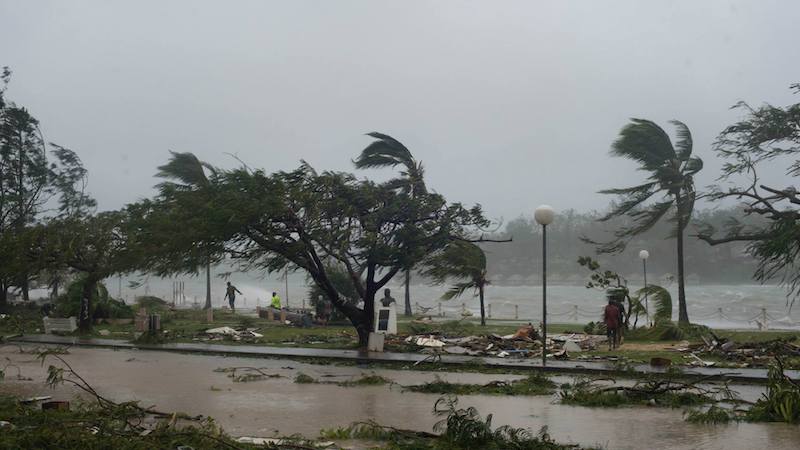 Commonwealth heads of state will begin meeting today in London, amid concerns over the unequal effects of climate change and efforts to fight it.

In its pre-meeting notes, the Commonwealth said that climate change would disproportionately impact poorer former British colonies. In fact, this year’s meeting was relocated to London from Vanuatu after the Pacific island’s infrastructure was badly damaged by Cyclone Pam in 2015.

“The Commonwealth is well placed to take action,” the statement said. “Underlining our on-going commitment to tackling climate change, protecting the environment and increasing the resilience of our members.”

But a report from Christian Aid, released on Monday, finds the Commonwealth’s richest members – Australia, Canada and the UK – were not doing enough to tackle the threat, while poorer countries were overachieving on their emissions cuts.

On a per capita basis, the UK burns more carbon dioxide than 18 member states combined.

A UK government spokesperson said the country was a “global leader” on climate change, having implemented a widely respected climate change act in 2008.

“We have provided over $1.7bn of climate finance to Commonwealth countries since 2010. This is a key issue for the Commonwealth, particularly for those small island states that are vulnerable to increasing severe weather events and rising sea levels,” she said.

Mohamed Adow, Christian Aid’s international climate lead and author of the report, said that there was not only inequality in how climate change is impacting citizens of the Commonwealth, but also in how governments are responding.

“The majority of poorer countries are the first and worst hit by climate change, but they’re contributing the least to carbon emissions,” Adow told Climate Home News.

This Commonwealth Heads of Government meeting (CHOGM) will be the first such gathering since two of its richest members – the UK and Canada – launched a global alliance to end coal power production.

Adow welcomed the initiative but said wealthy countries must do more than simply join the coalition and genuinely deliver an alternative energies financial and technological support package.

“The Commonwealth prides itself as collectively providing solidarity – it must actually show that it is delivering that solidarity to communities on the frontline and the energy poor,” said Adow.

The report assessed national capacity to make cuts and emissions since 1990 to calculate fair proportional efforts to address climate change.

The results showed the UK, Canada and Australia were in a mitigation deficit whilst poorer countries like Bangladesh, Kenya and Zambia were in credit. Small island states vulnerable to sea level rise like Kiribati, Vanuatu and Tuvalu were also more than doing their fair share, the report found. 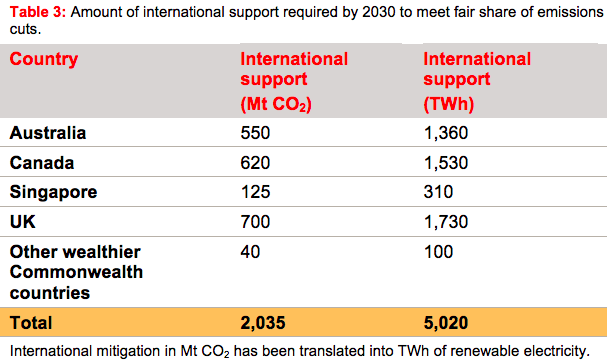 The report argues that rich countries should achieve some of the cuts required of them by exporting clean energy technology to countries with energy poverty problems. Under Christian Aid’s analysis, the UK alone could almost eradicate energy poverty in the Commonwealth – which requires around 2,050 terawatt hours of renewable energy.

Adow said: “As the UK departs the EU, it is clearly looking to develop trade relationships with commonwealth states. The success of this will likely depend on how well it delivers on these responsibilities. It’s fortunes could well be boosted if it does.”

Monday night will also see the Queen host CHOGM delegates for the launch of a reforestation project across Commonwealth countries in the hope of lessening the impact of climate change. The aim is to plant forests across 53 countries. So far 35 have signed up.