The $1 trillion investor is raising deforestation concerns with a number of beef companies but not the Amazon’s biggest cattle buyer, despite evidence against it 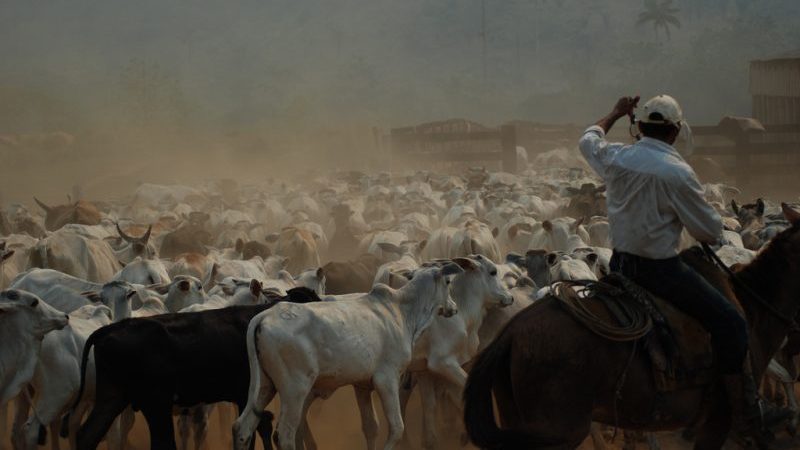 In its latest Responsible Investment report, it earmarked meatpackers Marfrig and Minerva for discussions on deforestation in their supply chains, as well as American firm Bunge.

To the surprise of expert observers, the Government Pension Fund Global omitted JBS, the largest cattle buyer in the Amazon, from its watch list. Since 2008, it has invested $143.4 million in the meatpacking company, despite evidence of links to deforestation.

Ibama, Brazil’s federal environment agency, says JBS sources a significant share of its cattle from ranches created by illegally cutting down rainforest. Last year, it raided the company’s meat processing plants and fined it $7.7 million. The company denied any wrongdoing.

Paulo Barreto, a senior researcher for Belém-based Imazon (Amazon Institute of People and the Environment), criticised the omission.

“The fund says it has committed itself against deforestation and has already divested of companies associated with it. Thus, the fund should not finance meatpackers, considering how they operate today. All of them operating in the Amazon stimulate deforestation, at least indirectly. None of them has a system that adequately controls indirect suppliers,” he told Climate Home News.

“If the fund wants to fulfill its commitment, it will have to divest these companies or demand that they quickly control the origin of the livestock. The three companies financed by the fund have this power as they control almost 40% of the domestic market and almost 80% of Brazilian meat exports.”

Others welcomed the Norwegian fund’s moves to exert shareholder pressure on problem companies, and its transparency in publishing lists of those it was concerned about.

“We are glad that the GPFG is finally taking steps to address the massive deforestation caused by soy and beef producers in Brazil, both through divestment and ownership engagement,” said Vemund Olsen, a senior policy adviser with Rainforest Foundation Norway.

“Norway’s pension fund invests more money in companies that destroy rainforests, than the money the country uses to save rainforests. But instead of divesting, the fund should use its financial influence to demand that companies like JBS, Marfrig and Minerva cut their ties to deforestation. We are glad to see that the fund is finally beginning to do this.”

Cattle ranching is the biggest driver of deforestation across the Amazon rainforest. In Brazil, 83% of the deforested areas in use are occupied by pasture, according to official figures. One of the main tools to fight deforestation is the Amazon Fund, a REDD+ mechanism created to raise donations for non-reimbursable investments. The Norwegian government has given so far $1.14 billion, which represents 94% of total.

Norway’s state-owned GPFG is one of the most active institutional investors in the world on environmental and social issues. In 2015, it sold an estimated $8 billion worth of coal holdings on climate grounds. There is an ongoing debate on whether to radically cut its exposure to oil and gas.

While it did not flag up JBS’ links to deforestation, the fund did raise concerns about corruption. JBS founders Joesley and Wesley Batista, who are brothers, have admitted paying bribes to dozens of politicians, including President Michel Temer, who denies the charges.

Barreto, who has published extensively on cattle ranching in the Amazon, said JBS’ involvement in serious corruption cases made it harder for the sector to crack down on deforestation in supply chains.

GPFG declined to elaborate on its stance towards JBS, saying it was against its policy to comment on specific investments.