Brazil’s pro-beef president Temer, betrayed by the industry he courted

Even as he handed more and more power to an agricultural lobby that would strip the Amazon for pasture, Michel Temer was being double-crossed 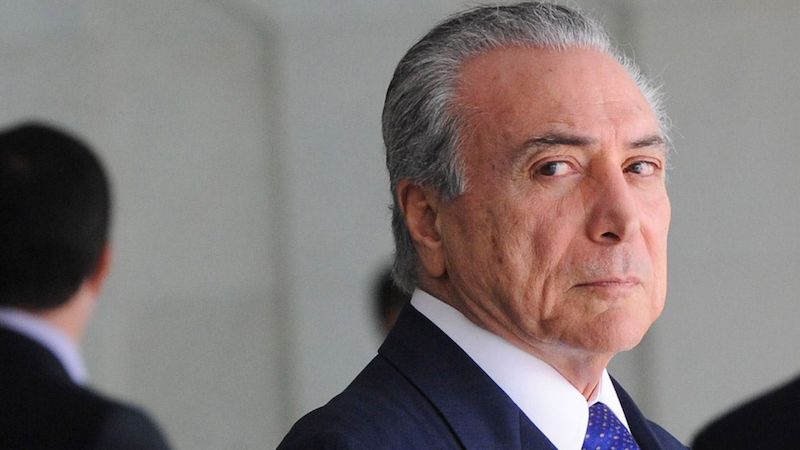 In his one year in power, Brazilian president Michel Temer has tried hard to please the beef caucus.

Among his many concessions, he made one of their number the minister of justice, froze indigenous land demarcations, agreed to withdraw the environmental license requirement in large agricultural areas and even rubber-stamped land grabbed illegally inside protected areas.

But his pliability has been repaid with betrayal. This week, Temer’s government was brought to its knees by JBS, the world’s biggest meat producer.

On the evening of 7 March, in a meeting at the official residence in Brasília, Joesley Batista, chairman of JBS, secretly recorded Temer allegedly endorsing the executive’s payment of a bribe to silence the former Congress president Eduardo Cunha, who was jailed last year on corruption charges.

The move is part of a plea bargain that the Batista family, who owns JBS, is negotiating with federal prosecutors. The meatpacker giant and its sister companies are the subject of five separate federal police investigations, including an international scandal over the alleged bribing of inspectors to issue health certificates for poor-quality meat.

On Friday, the Supreme Court released explosive new information from the plea bargain that alleged Temer, along with former presidents Luiz Inácio Lula da Silva and Dilma Rousseff, had received millions of dollars worth of bribes from JBS.

The revelations left Temer facing down calls to resign, including from several former allies. Raised to power after Rousseff’s controversial impeachment process, he has single-digit approval ratings and is trying to promote an unpopular austerity agenda in the middle of Brazil’s hardest economic crises in decades. 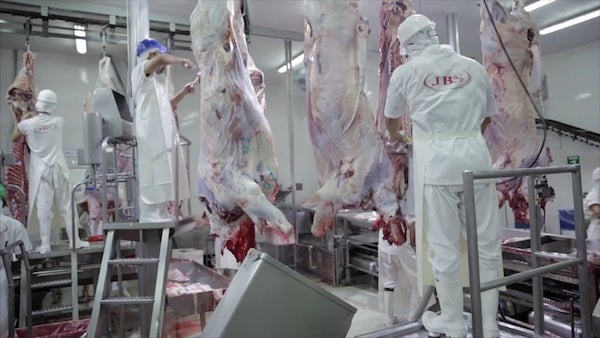 JBS is well-known for its political connections. During the terms of leftist presidents Lula da Silva and Rousseff, the company secured generous billionaire-subsidised loans from BNDES, the state development bank.

The meatpacker has generously rewarded the political world. In 2014, JBS was the largest donor in the general elections, handing out $108.6m to finance campaigns from across the political spectrum. Its money aided the election of 162 out of 513 members of congress in the lower chamber. The company has also admitted to off the books payments.

Many of these lawmakers belong to the 200-strong beef caucus, the most powerful pressure group in Congress. That includes Osmar Serraglio, named minister of justice by Temer in February. In his 2014 campaign, Serraglio received $59,000 from JBS – his single largest donor.

As a minister, Seraglio remained attached to the beef caucus agenda. Literally. In his first 55 days in office, 82 out of his 305 official meetings were held with members of the beef caucus, formally known as Agricultural Parliamentary Front (Portuguese acronym, FPA). He met five times with its head, lawmaker Nilson Leitão.

Serraglio, whose responsibilities include oversight of indigenous policies, has also halted the demarcation of new indigenous land claims, a priority for the beef caucus, and cut the budget and personnel of Funai, the national Indian foundation.

In response, indigenous leaders, who have never had a formal meeting with Serraglio, mobilised some 3,500 Indians to a protest in Brasília last month – an impressive share of Brazil’s total indigenous population of roughly 900,000.

A few days later, Funai president Antonio Costa was sacked. In his farewell interview, he accused Serraglio of being “the minister of one cause, the agribusiness” and said the foundation was “under a dictatorship”.

Even when the federal government moves against JBS interests, the conglomerate’s influence is clear. In March, minister of environment José Sarney Filho, publicly apologised to the beef lobby after Ibama, the environmental protection agency he commands, embargoed two JBS processing facilities for buying tens of thousands of cattle from illegally deforested areas in the Amazon.

In a video, Sarney Filho said he had no knowledge of the raid and that it had happened at an “inopportune moment”, as it “could weaken the agribusiness sector, a major exporter”.

In recent months, during negotiations over a new environmental license law, Sarney Filho acceded to an exemption for large agricultural areas, stripping away protections, although he opposed a more flexible system in which the states would have the final word.

Temer’s alignment with the beef caucus’ agenda is also clear-cut in Congress. Last week, the government’s majority in the lower chamber approved a bill that downgrades 1,475 acres of protected areas, most of them in the Amazon, legalising land-grabbers and allowing mining activities.

At the same time, Temer was negotiating with the beef caucus a big debt pardon to the agricultural sector in order to gather votes for a controversial welfare reform project.

With the political crisis, all these deals in Congress will come to a halt. So far, the FPA has not decided whether to continue supporting Temer or join the chorus for his resignation.

But the impasse is unlikely to bring relief to an environment reeling from rapidly increasing deforestation. If Temer resigns, it is unclear whether elections will be held, or, as is constitutionally correct, Congress will choose. Either way, the new president will face similar pressure to comply with the powerful agricultural agenda. No president in recent years has failed to kiss their ring.

If Temer stays, he will be even more reliant on the Congress, and as a consequence the beef caucus, to keep him in power.

So why has Temer, so compliant with agribusiness, been betrayed? One reason is that JBS and the beef caucus are not the same thing, according to Alceu Castilho, head of the watchdog Agribusiness Observatory. He said several lawmakers oppose JBS’ quasi-monopoly of Brazil’s slaughterhouses. Moreover, the mammoth conglomerate is not as influential in the FPA as the soybean and corn sectors. 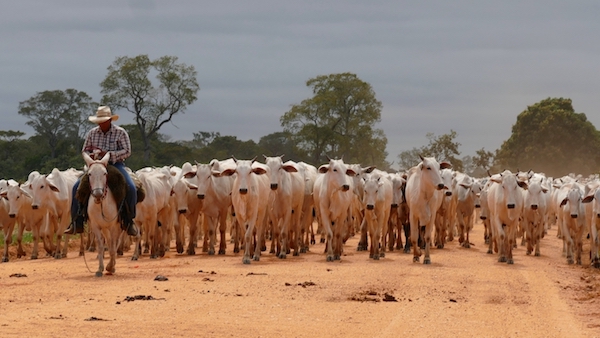 A Pantaneiro cowboy leads a herd of cattle in Mato Grosso, Brazil, where indigenous peoples are locked in a battle with farmers over land (Photo: Bernard Dupont)

“The interests of the ruralist group – represented in part by the FPA – are broader than those of a specific company. They are sectorial. But they coincide in common themes such as debt forgiveness, removal of legal obstacles, including environmental licensing, the defence of agribusiness lands, as well as in the fight against indigenous lands and conservation units. There are those in the ruralist group who uphold the interests of JBS competitors. But everyone knows how to walk together when it is convenient,” said Castilho.

One clue as to JBS’s motivation for betraying Temer is the conglomerate’s intention to move its headquarters overseas. In the process, the Batista family plans to move to the US, where it makes almost half of its global sales. In order to comply with both Brazilian authorities and US Department of Justice demands, the family agreed to cooperate with several investigations.

“In selling out Temer’s government and, in the process, throwing Brazil into the abyss of political, financial and economic uncertainties, Joesley Batista wants to secure his and the group’s passport to leave the country”, writes Valor Econômico newspaper columnist Vanessa Adachi.