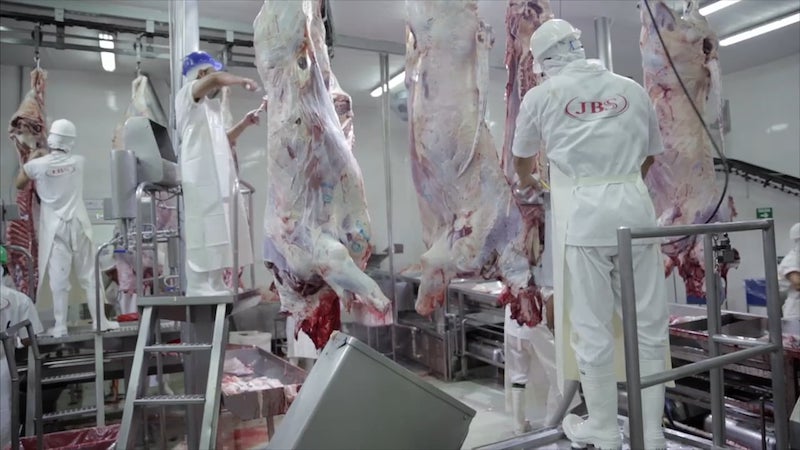 March has not been an easy month for JBS, the world’s biggest protein company.

Just four days after the Brazilian meat exporter was embroiled in a corruption probe, Ibama, Brazil’s environmental protection agency, embargoed two of its processing facilities for buying tens of thousands of cattle from illegally deforested areas in the Amazon.

As part of an operation code-named ‘Cold Meat’, on 21 March, Ibama raided JBS meatpackers in Redenção and Santana do Araguaia, in the state of Pará.

Ibama identified 59,000 cattle sourced from 507 sq km under embargo due to illegal deforestation in the same region. About 90% of the animals had gone to the two JBS plants. The rest went to 13 other smaller meatpackers.

Cattle ranching is the biggest cause of deforestation in the Brazilian Amazon. In 2014, about 65% of the deforested area was converted into pasture, according to Brazil’s National Institute for Space Research.

Climate Home joined the Ibama raid on JBS’ Redenção plant. Without giving notice, the agents entered the facilities aboard pick-up trucks. Minutes later, inside the main office, they notified the local managers that the meatpacker was under administrative embargo, meaning the meatpackers must clear the provenance of all cattle purchases with Ibama before making new purchases.

Ibama said all of the meatpackers sanctioned last week had failed to comply with a disciplinary process started in 2009. The companies had agreed with the attorney general to cease buying cattle from rural properties in areas under embargo for illegal deforestation.

In response to the new Ibama sanctions, JBS denied any wrongdoing. In a statement, the São Paulo-based company said independent audits resulted in environmental compliance rates of more than 99.9%. 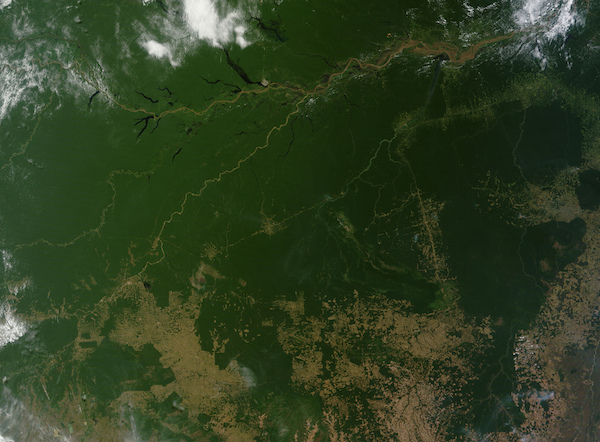 JBS said it should not be held responsible for the control and movement of cattle raised by its producers as it does not have access to the ‘animal transit guide’, a state government-issued document.

According to Ibama, it is common ploy to transport cattle from embargoed to non-embargoed areas before they are sold to a meatpacker, hiding the origin.

It is not the first time JBS has allegedly disrespected its agreement with the government. In March 2015, NGO Repórter Brazil revealed that JBS acquired cattle from a family considered by federal police the “biggest Amazon deforester of all time”. After the story broke, the company blocked new purchases.

In 2012, British supermarket giant Tesco cancelled its contract with JBS after concerns about deforestation were raised by Greenpeace. Last week, Greenpeace suspended ongoing negotiations with JBS.

Since the sanctions were issued, Ibama has experienced resistance from Brazil’s public institutions. In a preliminary ruling – which raised eyebrows among environmentalists – federal judge Heitor Gomes freed the company from complying with Ibama’s embargo. Gomes said JBS should not be penalised as the cattle sourced from deforested areas was just a small fraction of its overall purchases.

This followed criticisms levelled at Ibama by Brazil’s minister of environment José Sarney Filho – who oversees the agency.

In an apologetic video message to Pará’s cattle ranchers, Sarney said he did not know about the Cold Meat operation beforehand and that it happened in an “inopportune moment”.

He said Ibama should have postponed the raid because of a federal police investigation into allegations that JBS employees bribed health inspectors to ignore tainted meat. The scandal has caused JBS to suspend production at 33 of its 36 Brazilian plants.

But André Trigueiro, an environmental journalist told CBN Radio that the two scandals had nothing to do with one another.

“If one has the evidence and the crime, one has to inform the population. Why should one wait?” he said. “Each ministry has to take care of its own agenda, and the ministry of environment should protect areas that, by law, are forbidden to cattle-raising.”

Sarney’s comments have thrown Ibama into uncertainty. Last week’s raid was considered just the first step of major strategy against deforestation. In Pará alone, there are 7,170 sq km of pasture under embargo because of continuing illegal deforestation. Most have cattle on it, according to Ibama. 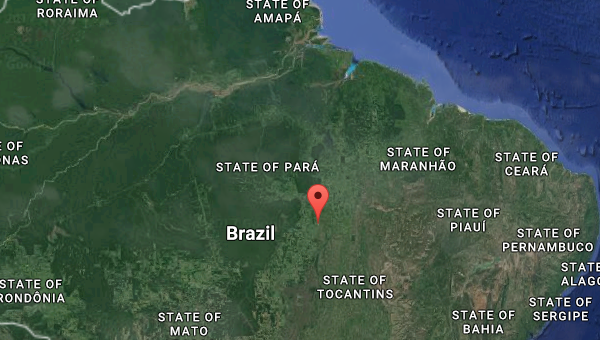 Redenção, in the state of Pará. (Screengrab: Google Maps)

During 2016, 38% of deforestation in the Brazilian Amazon occurred in Pará. As a whole, deforestation has increased 29% over the previous year, according to satellite imagery.

It is a highly profitable and rarely punished crime. “Part of the deforestation involves grabbing public lands, that is, somebody cleans a public area and becomes a squatter. As the government rarely retrieves these areas, they become owners and make a profit stealing public property”, says Paulo Barreto a senior researcher at Imazon, a non-profit institution based in Belém, Pará’s capital.

In an article published two weeks ago, Climate Home wrote about the new minister of Justice Osmar Serraglio, who openly opposes the demarcation of new indigenous lands, despite being one of his cabinet’s constitutional attributions.

Last Friday, Serraglio and president Michel Temer signed a decree cutting 347 appointed jobs in Brazil’s Bureau of Indigenous Affairs (Funai). The biggest cuts were in the department in charge of assessing the impact on indigenous populations of big projects, such as highways, hydroelectric plants and mining operations.