Across Europe a wave of gigafactories are coming online, ready to meet the battery demands of a continent-wide switch to electric cars 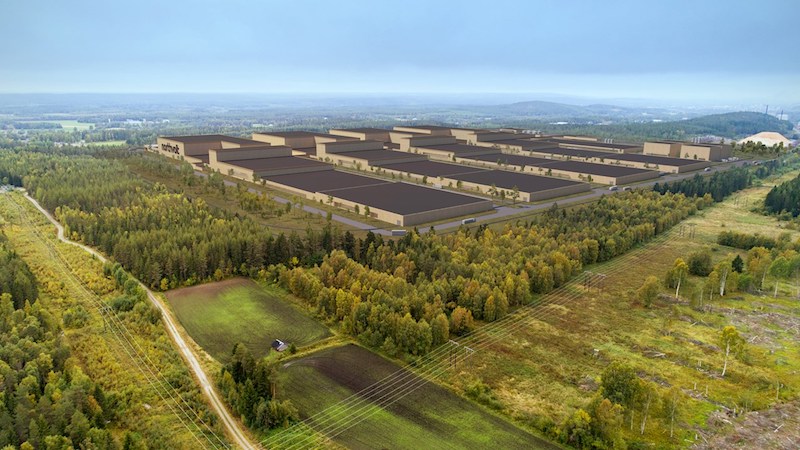 Northvolt's $4.7bn battery plant has plans to be online by 2023 (Photo: Northvolt)

The race to electrify Europe is on.

By 2020 at least seven new gigawatt-size battery factories are scheduled to start operating on the continent, with another three developments rumoured.

Within a decade, these facilities will be churning out 80GWh a year. More than three times the 2017 global production capacity of lithium-ion batteries for electric vehicles.

‘Gigafactories’, a term coined in the US by Elon Musk’s Tesla, produce batteries on the scale of more than 1GWh per year. Until this year, Europe had no factories of that size.

But with demand for electric vehicles on the continent predicted to surge (Dutch bank, ING, predicts that all new vehicle sales in Europe will be electric by 2035), a new battery infrastructure is coming for Europe.

Of the five leading global manufacturers of lithium-ion batteries, three are planning, or have begun building, gigafactories in Europe: LG, Samsung and the Tesla/Panasonic partnership.

The push from these established US, Japanese and South Korean players has prompted a number of European companies to invest in the construction of their own regionally-based gigafactories.

Car manufacturer Daimler has two planned facilities in its home country of Germany. Daimler is also working on plants in the US, China and Thailand.

A spokesperson for the company, which owns Mercedes-Benz, told Climate Home News the company would be investing more than €1 billion in a global battery production network.

“The local production of batteries is an important success factor for the electric offensive of Mercedes-Benz Cars and decisive for flexibly and efficiently meeting the global demand for electric vehicles. The production network is thus very well positioned for the mobility of the future,” she said.

European start-ups have caught on to the EV business opportunity. Swedish company Northvolt plans to spend $4.7bn on a Nordic plant and Germany’s TerraE has announced two plants at undisclosed locations in Germany.

Browse our interactive map to see how European demand for electric car batteries will be met.