Thousands of Norwegians are on waiting lists for electric cars, showing the success and limitations of policy incentives 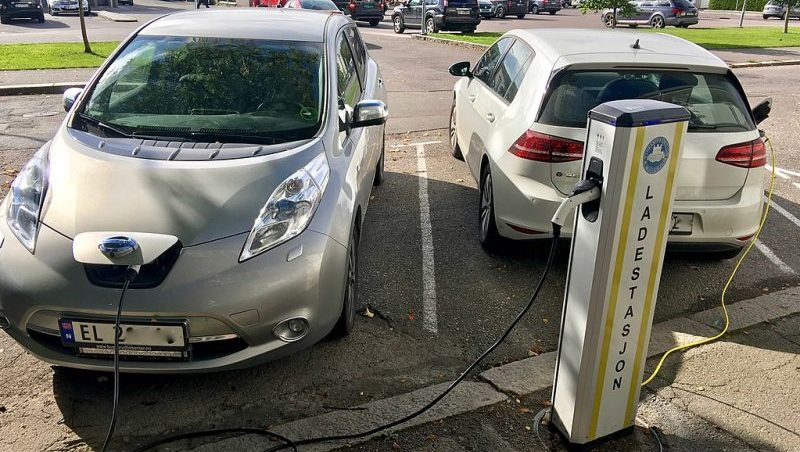 Norway is the country with the highest number of electric cars per capita in the world. One out of every five new cars sold is electric, and more than 50% of new cars sold in 2017 were electric or plug-in hybrids.

Driven by generous tax breaks (carrot) and increasing road tolls (stick), demand for EVs has been rising rapidly. Because of these tax breaks, electric cars can be sold at the same price as fossil fuel vehicles. EVs, however, are considerably cheaper to run.

A calculation by our institute shows that, for example, an e-Golf reduces total running costs (excluding insurance, depreciation and parking) by around 75% compared to its diesel equivalent, for someone driving through an Oslo toll station twice daily.

This makes it attractive for Norwegian consumers to replace their diesel or petrol cars by electric ones. A recent poll showed that nearly half of the people, who are planning to buy a new car in 2018, want a chargeable one.

In fact, the demand for electric cars in Norway is currently growing so rapidly that car producers cannot keep up with it. Thousands of Norwegians have been waiting for months for their new EVs and car sellers have repeatedly extended delivery dates.

The waiting time for existing models like Volkswagen e-Golf, Hyundai Ioniq and Opel Ampera-e is between eight months and two years. Meanwhile, thousands have paid to be put on a waiting list for new models by Nissan, Tesla, Audi and Jaguar, which will be launched in the coming months and years.

Yet what happens if supply does not meet demand, for various reasons? The delays risk putting off consumers buying energy-efficient products.

Moreover, delays in electric car production also put Norway’s and the EU’s climate targets at risk. Under the Paris Agreement, Norway pledged to reduce its greenhouse gas emissions by 40% by 2030, relative to 1990 levels. How Norway will meet this target outside the emissions-trading sectors is currently still a matter of negotiations with the EU.

Transport is certainly the most important sector in Norway’s climate efforts. Emissions from transport have risen since 2005. In order to fulfil the Paris pledge, emissions will need be to cut by half by 2030. The Parliament has set an indicative target that all new passenger vehicles sold by 2025 should be emissions-free.

While electric car sales in Norway are far ahead of most other European countries, they are only just keeping up with the Norwegian Environment Agency’s projections and are far behind projections from the independent Institute for Transport Economics.

The institute has estimated that Norway needs around 65,000 new electric vehicles on the road in 2018 alone to hit the 2025-target, which is close to twice the number of EVs sold in 2017. Supply will need to increase manifold over the coming years if Norway wants to meet its vehicle and climate targets.

The current waiting lists for new electric vehicles indicate that supply is limiting sales. Being dependent on production abroad, a small country like Norway is vulnerable to marketing decisions by car producers and other market players in the transport sector.

With the European Union currently reviewing its Clean Vehicles Directive, it can learn important lessons from the EV revolution, and its setbacks, in Norway.

First, a well-designed policy package of carrots and sticks can drive deployment of energy-efficient technologies faster than expected. Second, policy makers must make sure that car manufacturers actually can deliver – on acceptable timescales – what they offer.

The Clean Vehicles Directive would benefit from considering these lessons, and avoid that car manufacturers respond to the directive with EV “window dressing”. If not, the climate and energy targets in the EU may be in peril.

Steffen Kallbekken is the research director of the CICERO Center for International Climate Research. Håkon Sælen and Erlend Hermansen are senior researchers; Elisabeth Lannoo is a senior communication advisor of the same organization.