The Reclaiming Coal investigation involved six months of crunching data from state and federal agencies, coupled with travel across the country 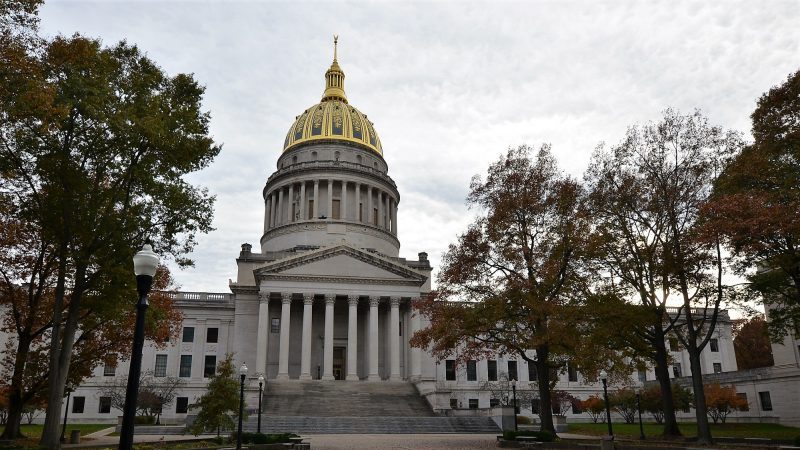 Charleston, West Virginia: Mine data is scattered across federal and state-level authorities

The bottom unexpectedly fell out of the US coal industry in 2015 and 2016, as mining companies accounting for nearly half the country’s production declared bankruptcy one after another.

The industry’s major players have since rebuilt their finances, but the shake-up left lingering concerns for the future of these mines’ environmental clean-up.

Despite Donald Trump’s vocal support for coal, the industry is shrinking and more mines face closure in the coming decades. So what guarantees are there to secure a clean and healthy future for coal mining regions?

More than six months ago, Climate Home News began investigating this question. In the first nationwide survey of its kind, we scraped, compiled and analysed data on the industry’s provisions for cleaning up after itself. From Wyoming in the west to Virginia in the east, we visited mine sites and interviewed industry representatives, state regulators, environmental activists and neighbours of mines to better understand the industry’s impacts.

The true scale of the industry’s earth-altering digging and the massive swathes of land in need of reclamation can only be properly grasped from the air. CHN took flights as well as commissioned drones to fly along the length of Wyoming’s Powder River Basin and over southern West Virginia’s mountaintop removal mines. From this vantage point, the mines that once provided the majority of the country’s power gouged grasslands and mountains, and reclaimed areas often stood out in stark contrast from the surrounding, untouched ground.

Beneath that, nearly every coal-producing state has its own regulations governing the system, a uniquely-structured environment or mining department to enforce the law and individual methods of collecting data. As a result, the system has remained opaque and defied countrywide analysis.

To make sense of it, we submitted about three dozen records requests to every state that held its own data, as well as to OSMRE.

The data we received after months of discussions with government employees was not standardised, easily accessible or even clean.

We worked with Illinois’ permit coordinator, for example, for weeks to organise a database that was a conglomeration of past coordinators’ various methods of record-keeping. Similar efforts were needed to collect and merge scattered data in Ohio, North Dakota and elsewhere.

Other states pushed back on our records requests. Kentucky refused to provide the requested level of detail in their data. At the time of publication, we have an appeal outstanding with the state’s attorney general. 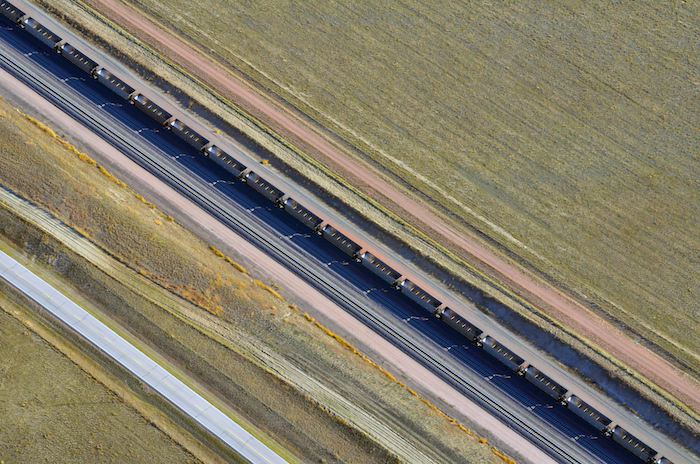 A train waits to be loaded with coal in Wyoming’s Powder River Basin (Photo: Olalde/LightHawk)

While states with large coal industries have departments dedicated to regulating the industry and often keep somewhat useable data, states with only a few mines in their borders have haphazard records. Louisiana only has three mines but was unable to fully identify the third-party guarantors backing their mines’ bonds.

After months of discussions with CHN, OSMRE – which holds the data for bonds covering Tennessee, Washington and tribal territories – did not provide that information. Every other state that is actively producing coal and manages its own programme – 23 in all – did.

Finally, we managed to unlock nearly all the data the system had to offer and put it in a standardised table.

We had initially been spurred to investigate the bonding system because of previous reporting on the widespread use of self-bonds – a dangerous practice of companies insuring their own clean up. We expected to be able to show which companies were still using them. But when the data came in, we realised there was a new problem: pools of bonds used to reduce mines up front costs. This changed the focus of the investigation and led us to Appalachia, where these pools are in heavy use.

To see why funding for mine clean-up matters, we also examined the fate of previously closed mines.

This was a slightly easier task, as all the information was held by a single agency: OSMRE. Even so, to show national trends in post-mining land use, we had to scrape data from a decade’s worth of reports.

CHN has reported on the key findings and published these datasets in full for anyone to search and analyse.