China has long been captivated by the promise of coal

For centuries, notions of abundant coal have fed China’s sense of its place among the great nations of the world. Now it is being asked to give it up 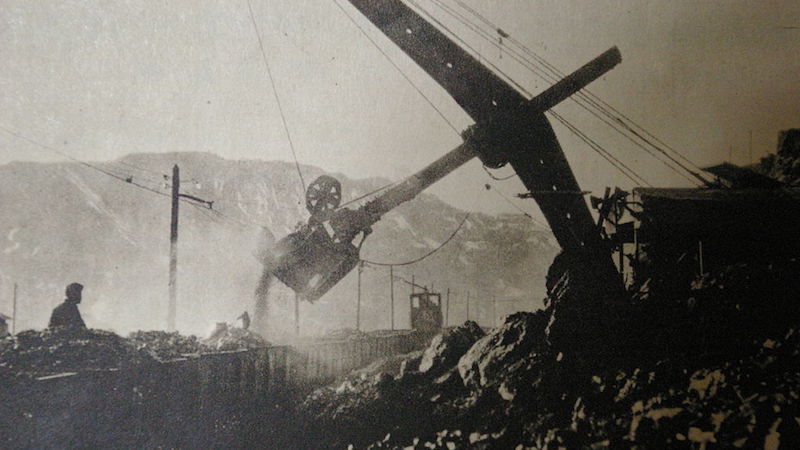 Sometime in the waning years of the Ming dynasty, a minor official, Song Yingxing, penned an encyclopedic treatise on agricultural and industrial crafts.

In a section on coal, Song described this resource, which was mined from the earth by sinking shafts, as possessing regenerative properties.

“Once the coal is extracted,” Song explained. “The pit can be filled with earth, and in 20 and 30 years, the coal will regrow – it cannot be exhausted.”

Song’s claim may now appear quite quaint, but our patterns of coal production in the modern era have been predicated on similar notions of inexhaustibility.

To Chinese leaders from the mid-19th Century onwards, coal fuelled visions of national wealth and power.

Harnessed by steam engines, coal’s carbon energy powered modern factories, from cotton mills to chemical plants. It propelled railways and steamships, facilitating the circulation of people and goods so central to economic expansion.

As coke, coal fired furnaces for the production of iron and steel, two materials vital for the machinery and infrastructure. Late Qing dynasty advocates of China’s “self-strengthening” and Republican-era state planners alike saw coal as catalysing China’s industrial transformation and, in doing so, potentially rectifying its diminished position on the global stage.

To Sun Yat-sen (1866-1925), the father of the Chinese Republic, coal was not only “the sinews of modern industry” but also “a necessity for civilised community”. Aside from acknowledging coal’s centrality to China’s industrialisation, Sun advocated that the price of coal be kept “as low as possible” so as to allow ordinary people to benefit from its use.

He estimated that rural residents spent 10% of their working hours collecting firewood, while city dwellers spent 20% of their living expenses on that same fuel. Cheaper coal, Sun reasoned, would enable the former to switch to burning coal, and the latter to the use of electricity and gas (both produced by burning coal), saving them significant time and money.

Writing in 1920, Sun bemoaned the fact that Chinese coal fields were “scarcely scratched” even though China was purportedly “known to be the country most rich in coal deposits.” In his Industrial Plan, a blueprint for national development that would be take up by his successors, he called for an extensive exploitation of China’s subterranean vaults of coal riches.

In the carbon era, China was indeed a powerhouse of unrealised potential. Medieval traveller Marco Polo may have observed “all over the province of Cathay” there was “a kind of black stone, which is dug out of the mountains… and burns like wood,” but it was the geological surveys beginning in the 19th century that really started to quantify the wealth that China’s coal represented.

In 1870, German geologist Ferdinand von Richthofen contended, based on his field work across China, that “the world, at the present rate of consumption of coal, could be supplied for thousands of years from Shansi [Shanxi] alone.” Although later geologists would dismiss Richthofen’s estimates as “exaggerated,” there was little doubt that China’s coal reserves were considerable.

The Geological Survey of China, led by Belgian-trained geologist Weng Wenhao, furnished what was possibly the most authoritative calculation of China’s coal deposits in the prewar years at over 200 billion tonnes.

The immensity of such projections fed popular imaginations about the limitlessness of this carbon resource and ambitions of mining it on a large-scale through the might of the machine. 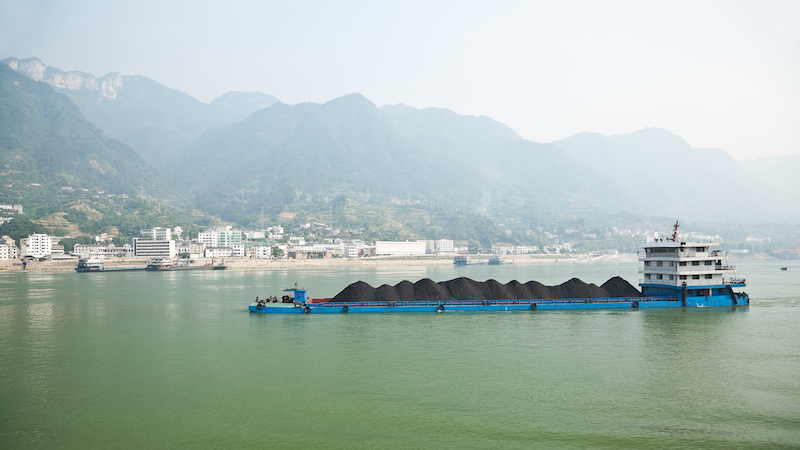 However, accessing China’s coal abundance proved to be a persistent problem. In the eyes of contemporary observers, the Chinese coal industry looked markedly underdeveloped. Local supply alone seemed insufficient to meet domestic demand, and China found itself dependent on foreign coal. On multiple occasions from the 1920s to the 1940s, these external coal supplies fell short, prompting “coal famines” that threatened to grind industry to a halt.

Geography was one reason for this underdevelopment. Most large coal deposits were located in the North, whereas industrial activity was concentrated in the South. While rails allowed for transport between mine and market, frequent line interruption from ripped up tracks to requisitioned rolling stock, proved debilitating for the coal industry and other industries dependent on it.

Capital shortages also hampered development of the coal industry. Mechanisation needed to mine coal at greater depth and on a bigger scale needed large investments. Mines that were foreign-owned, either wholly or partially, tended to be better capitalised and more productive than all except a few Chinese-owned ones. In the pre-World War Two period, the Japanese-owned Fushun colliery in southern Manchuria and the British-owned Kailuan colliery in Hebei consistently accounted for at least half of the output of China’s large coal mines.

To China’s Nationalist government that came to power in 1927, the development of domestic coal mines was central to its economic plans.

In 1931, Minister of Industry Kong Xiangxi convened a National Coal Relief Commission to bolster the flagging industry by securing railroad cars for coal transport. Other measures included coordinating the upgrading and installation of mechanical facilities and the reorganisation of operations to cut production costs and boost productivity, as well as the lowering of domestic freight rates and the raising of foreign import tarrifs.

Furthermore, central planning agencies such as the National Reconstruction Commission and the National Resources Commission, got directly involved in mine management. The Nationalist state expanded its involvement in energy extraction through the war years, owning and operating an increasing number of coal mines.

Technocratic privileging of expertise, planning, and control found expression in how the Nationalist state regulated the coal industry and ran its coal mines. However, for all their best laid plans, Nationalist engineers and experts were not only constrained by material pressures from shortages of equipment and resources, but also confronted by the limits of their own designs.

‘The grain of industry’

Coal remained an important resource for the socialist state that came to power in 1949, and one that fired its industrial preoccupations.

The perception of coal abundance persisted. A 1949 People’s Daily article celebrated it: “Beneath the beautiful expanse of our great homeland – from the rolling waves of the Heilongjiang river to the undulating ridges and peaks of the Hengduan mountains, from the vast Shandong plains to the open country of faraway Xinjiang – lies untapped inexhaustible natural resources. Reserves of coal, described by people as black gold or ink jade, are particularly plentiful.”

State planners in the early People’s Republic fixated on increases in the sheer volume of coal output. In the Chinese Communist Party’s First Five-Year Plan, the massive state-led economic growth initiative that dominated the mid-1950s, annual coal production was targeted to more than double from 40 million tonnes to 93MT.

Coal was regarded as critical for socialist industrialisation. In a popular slogan of the times, it was the “grain of industry” – a “sinicisation” of Lenin’s claim that coal was the “bread of industry”. Along with iron and steel, coal formed the material basis for large-scale development of heavy industry – which was thought to precede and enable the growth of the light industrial and agricultural sectors.

At the same time, coal output data was a key metric by which state planners measured the progress of their economic endeavours, especially in a comparison with output from Euro-American nations that China wanted to catch up to or outpace. This kind of abstraction was not new. China’s coal production figures had long seemed to be yet another quantification of the country’s backwardness in relation to other countries. Sun Yat-sen had contended, for instance, that if China were “equally developed” as the United States, then, “according to the proportion of her population,” Chinese coal output should be four times that of the Americans.

But the preoccupation with attaining or exceeding constantly escalating production targets meant that central planners inadvertently engendered a system in which quantity often took precedence over quality, resulting in much wastage and unsustainable rates of extraction.

Today, China’s abundance in coal deposits is no longer celebrated as before. In a reversal of prior trends, the ability to reduce reliance on coal is more likely to be treated as a marker of development than the use of this resource. China has, for one, committed to cut CO2 emissions, and is seeking to shake off the infamy of being the largest coal producer and coal consumer in the world.

Still, in order to truly understand the origins of China’s contemporary carbon crisis, we need to delve deep into earlier ideas about the inexhaustibility of this resource, coal output as an index of economic growth, and the social desirability of cheap coal – notions from the time when coal was king and when it held the promise of an ever elusive progress.

This article was originally published on chinadialogue. It is not available under CHN’s creative commons license.