France to Trump: ‘No Paris Agreement, no EU trade agreement’ 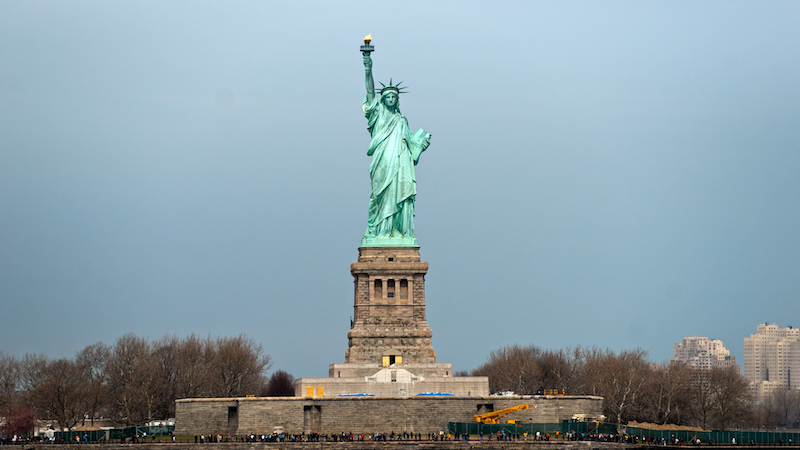 Relations between the US and France have soured over Donald Trump's intention to leave the Paris climate deal (Photo: Deposit Photos)

There will be no trade deal between the EU and US if the Trump administration follows through with its threat to withdraw from the Paris climate deal, a French minister said on Thursday.

In June 2017, US president Donald Trump announced his intention to withdraw from the Paris Agreement; a move he can only formalise in 2020, according to the the rules of the deal. He has also backed away from policies designed to deliver on US commitments to the accord.

Talks between the US and EU over the Transatlantic Trade and Investment Partnership (TTip) stalled in 2016 and have failed to revive under the Trump administration, with both sides unwilling to raise it in talks last year.

In May 2017, Trump and president of the European Commission Jean-Claude Juncker agreed to set up an “action plan” on trade and indicated a desire to move past their differences.

Lemoyne’s statement, were it to represent European policy, would present a further barrier to the talks.

[BREAKING] No #TTIP without respect of the Paris Agreement on #Climate. cf. Declaration of the French secretary of state @JBLemoyne in the Parliament @AssembleeNat this afternoon ! Do you agree @MalmstromEU ? https://t.co/dCAHYj5wCf … pic.twitter.com/JGi5XMWf7w

Asked on Twitter whether she agreed with Lemoyne’s statement, EU trade commissioner Cecilia Malmstrom said: “Yes Paris deal reference needed in all EU trade agreement today.” It was in the deal finalised with Japan in December 2017 and will be in deals under negotiation with Mexico and the Mercosur bloc of South American countries, she added.

“To my knowledge, the consequence for the US and the TTip was never mentioned so clearly in public,” said Mathilde Dupré, head of the Institut Veblen’s commerce programme.

Under president Emmanuel Macron, the French government has criticised Trump’s intention to leave the Paris deal. Macron has publicly teased Trump over it and offered scholarships to US climate scientists.

But a push to make the Paris deal a prerequisite to open trade with the world’s second largest economy would be unprecedented and back the global climate change regime with serious economic consequences. It could also discourage other reluctant signatories to the Paris deal who have close ties to Europe, such as Turkey.

Trade is high on Trump’s policy agenda. He has railed against perceived unfair trade practices of other countries. In the same way, he has described the Paris Agreement as a “terrible deal for the US”.

At the same, time, he has left the door open for new deals on trade and climate, saying at the World Economic Forum in Davos last week: “America First does not mean America alone”.

Any deepening of a divide between Europe and the US over trade would cheer the UK, which will seek priority to negotiate a post-Brexit deal with the US.

It is not the first time a French politician has suggested trade barriers over Trump’s climate stance. Shortly after Trump’s election, former president Nicholas Sarkozy – who was running for reelection at the time – said he would implement a carbon border tax on US goods if Trump withdrew from the Paris deal.