While leaders gather in Paris to celebrate the second anniversary of global climate pact, Trump official says US wants to form group of countries to promote “clean” coal 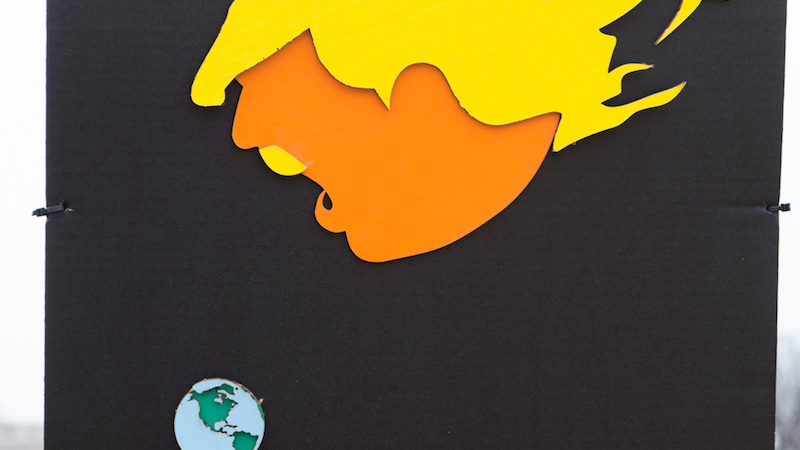 The fight over coal’s future is going global, with the Trump administration seeking pro-coal allies as an intergovernmental campaign to end coal use announces new members in Paris.

The US’ proposed “Clean Coal Alliance” has not begun recruiting for members, according to Washington-based E&E News, which broke the story on Monday. But Australia, Indonesia, China, India, Ukraine, Poland and Japan were all likely to be asked to join.

“The US is considering pulling together a group of countries that support using cleaner, more efficient fossil fuels,” an administration official told E&E. “There is an anti-fossil fuel movement being aggressively pursued by a number of countries and environmental activists.”

The effort will be led by Trump’s main climate advisor George David Banks and the US Department of Energy. It would encourage cooperation on technologies that reduce the carbon footprint of the most polluting fossil fuel. It will also promote natural gas exports.

Avoiding dangerous temperature rises above 1.5C means decarbonising the global electricity sector by 2050. This has led many to question whether coal can have any place in the economies of the future.

The timing of the White House announcement was not accidental. It came on the eve of world leaders (not Donald Trump, who was not invited) gathering in Paris to mark the second anniversary of the Paris climate deal.

At that meeting, a global alliance of governments committed to ending coal power, launched last month, was set to announce new members, including Sweden, California and the French energy company EDF.

In an article for the Guardian, British prime minister Theresa May said: “Burning coal to generate electricity is one of the dirtiest and most destructive ways of generating power.”

The Powering Past Coal Alliance, which was launched by Canada and the UK, will expand on Tuesday. At last month’s UN climate summit in Bonn, it counted 17 countries and a handful of subnational governments as members.

The counter-alliance offered by Trump’s US is an attempt to offer an alternative path to the nations who remain heavily reliant on coal, or who have a more positive political attitude to the fuel.

The outreach to Ukraine fits with reporting by Climate Home News that Ukrainian diplomats were hoping for discussions with the US on coal technology deals around the recent Bonn climate talks.