The Green Party will only join a coalition promising to close at least 7GW of coal power capacity by 2020, its lawmakers say, as Germany likely faces another election 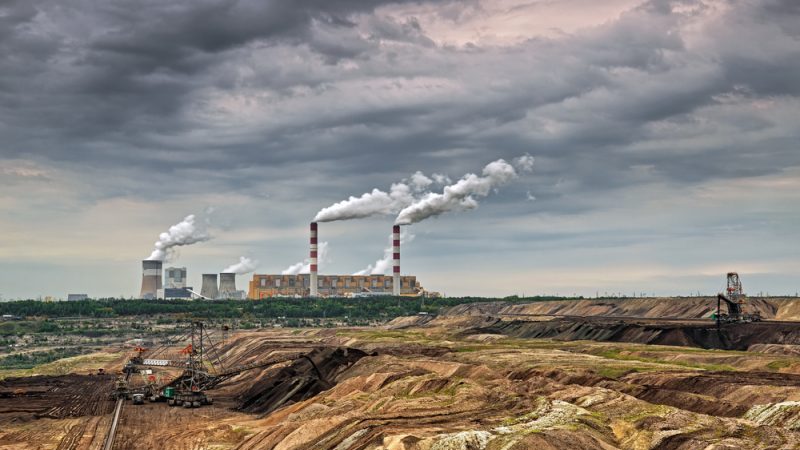 Germany’s Green Party has made the closure of seven gigawatts (GW) of coal power a deal-breaker if it is to enter government, a key negotiator has said.

But it was a crux issue which the Greens, who may yet hold the balance of power in Germany, would not compromise over, he added.

“We will not go down below 7GW,” he said on the fringes of a press event in Brussels. “You never call it a red line, but in fact you treat it as such.”

The collapse of coalition talks between the Greens, FDP and Angela Merkel’s Christian Democratic Union has left Germany facing the prospect of another election.

Greens are hopeful of increasing their vote share if another poll is called. While there are many potential combinations of parties that could form the next government, that would again put them in a position to push for climate policies.

The government uncertainty comes at a critical time for the EU’s largest emitter, which is set to miss its 2020 climate target without rapid policy intervention. Coal is a significant part of the picture, accounting for around a quarter of Germany’s primary energy use and 40% of its electricity.

The Greens went into the last election promising to shut Germany’s 20 dirtiest coal plants. These amount to 8-10GW of power generation capacity and release around 50 million tonnes of carbon dioxide emissions a year.

The 7GW compromise would have cut annual CO2 emissions by 40Mt and shut 14 coal plants or the equivalent, according to the office of Annalena Barbock, another German Green negotiator. Extra policies in the transport and buildings sectors would also have been needed to meet the national 2020 target.

Leadership expressed confidence it could have sold that package to its – more radical – membership.

Bütikofer called the 7GW agreement “our most important achievement” in the negotiations. In return, he said the party had given ground on phasing out the “solidarity tax”, created to help East Germany recover after unification.

“When we talked to environmental NGOs, they told us the minimum should be 8-10GW,” he said. “When we asked them about 7GW, they said: ‘It is not enough but it’s far too good to reject the offer. Go for it.’ All of them.”

At the last moment though, FDP leader Christian Lindner rejected the package, which would have put the coal phase-out “on a legal basis”.

Instead, the FDP leader used the coal issue “to leverage antagonism” with the CDU in North Rhine Westphalia, which is ruled by a FDP-CDU coalition. Bütikofer said: “The governor there promised to support the Chancellor’s line on energy policy – which was not easy for him to do – and [the FDP] threatened to attack him from the right if he did.”

Coal was not the only issue motivating the FDP to walk out. The rightwing party wanted to end the “solidarity tax” by 2021, to cut taxes more broadly, and to end Germany’s “open door” policy for refugees.

In contrast, climate and energy policy was central to the Greens’ election campaign. The party won 9% of the vote, compared to the FDP’s 11%.

Opponents of a rapid coal phase-out argue it threatens energy security and thousands of jobs. Bütikofer said a 7GW cut would only hit exports, not domestic power consumption.

“Of course there is the issue of the coal miners and that would have been extremely critical and sensitive in North Rhine Westphalia and Brandenberg and Saxony,” he said.

The Greens had worked with trades unions and regional leaders on plans to develop alternative sources of employment, he added.