Oceans, adaptation and loss and damage among issues countries say have drifted into obscurity at UN talks 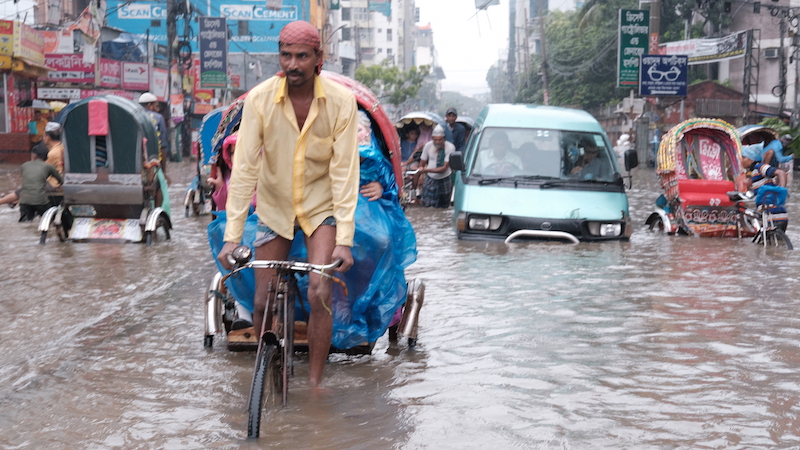 Developing world negotiators said they were anxious that their core issues could fall off the table as the clock counted down on the Bonn climate talks, which are due to end on Friday.

Bangladesh’s foreign minister Hasan Mahmud told a press conference there had been no progress on fleshing out loss and damage text in the Paris Agreement at COP23.

Bangladesh wants clarification on compensation arrangements for countries that have lost property and lives to climate-related disasters.

Negotiators are focused on producing a rulebook that will bring the Paris Agreement to life. But they still have a lot of ground to cover if the framework is to be finalised at COP24 in Katowice next year.

Mahmud said the loss and damage issue had gathered momentum since it was first raised in 2010 – and snowballed with its incorporation into the Paris Agreement. However, “it has been lost here,” he added.

The Bangladeshi environment minister, Anwar Hossain Manju, said talks were progressing but “they are not exciting as in Paris”.

Bangladesh has particular cause to fear loss and damage taking a backseat in Bonn, after 8m people were impacted by floods – and 145 killed – in the low-lying country this year.

Rising sea levels are a particular concern for small island developing states, but the summit outcome might not even mention the world’s seas.

“Oceans should at least be included in the preamble of this COP outcome,” said WWF Fiji’s Alfred Ralifo.

Report: Indigenous peoples given a voice at UN climate talks

Emmanuel Dlamini, Swaziland’s lead negotiator from Swaziland, said that countries had also been struggling to reach consensus on adaptation funding.

“However, we’re beginning to converge on the idea of having the adaptation fund supporting the Paris Agreement,” he said.

Another tough nut to crack for negotiators has been the monitoring, reporting and verification of nationally-determined contributions (NDCs) – nations’ emissions-cutting pledges.

“The NDCs are a new system with no international benchmark on implementation,” he noted.

Despite these challenges, progress was made on a mechanism to assess and quantify the resources needed by poor countries to recover from climate disasters, according to the G77+China president, Maria Fernanda Espinosa.

Moreover, “the outcome on loss and damage is going to be a good one”, she said, and the same would be true for education, access to public information and agriculture.

However, Espinosa saw little progress on finance, particularly with regards clarity on implementing the adaptation fund. “Tensions” on such issues did not though shade her optimism that the COP23 summit would produce a good outcome, she added.