As climate talks head into their final hours, a disagreement over how rich countries will report their plans to finance climate action could boil over 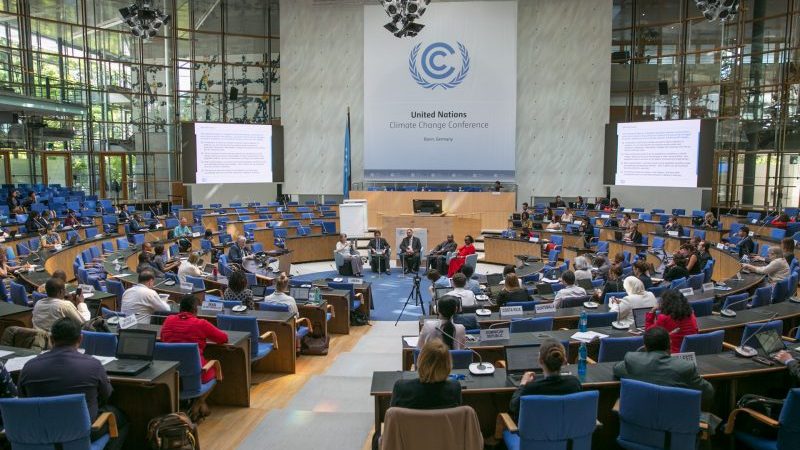 Climate talks in Bonn stalled on Friday, hours before they were supposed to conclude, as rich countries refused to submit to demands to discuss their plans for climate finance.

Developing countries are pushing for more opportunities to quiz rich countries on their plans for releasing money to help them cope with climate change.

Rich countries, on the other hand, argue that this is beyond what it was originally agreed upon in the Paris Agreement in 2015.

Sources said the European Union was being constructive, but the ‘umbrella group’, which includes the US, Australia and Japan was pushing back on developing country demands.

Camilla Born, a climate policy advisor with E3G, said: “Finance flows are growing and many developed countries have a good story to tell. They shouldn’t tarnish themselves with the same brush as President Trump, who is pushing for deep cuts in US climate finance. They should instead engage with developing countries in good faith, seeking to build trust between parties.”

Heads of delegation met and a proposal for resolving the issue was put forward just after noon, Bonn time, by the lead negotiator for the Fijian presidency ambassador Nazhat Shameem Khan.

The issue could hold hostage the key Fijian initiative at these talks – the Talanoa dialogue, which will take stock of the efforts made by countries on climate change during 2018. With little time remaining, the Fijians now face a stern diplomatic test.