How Walmart beats the World Bank on carbon footprinting 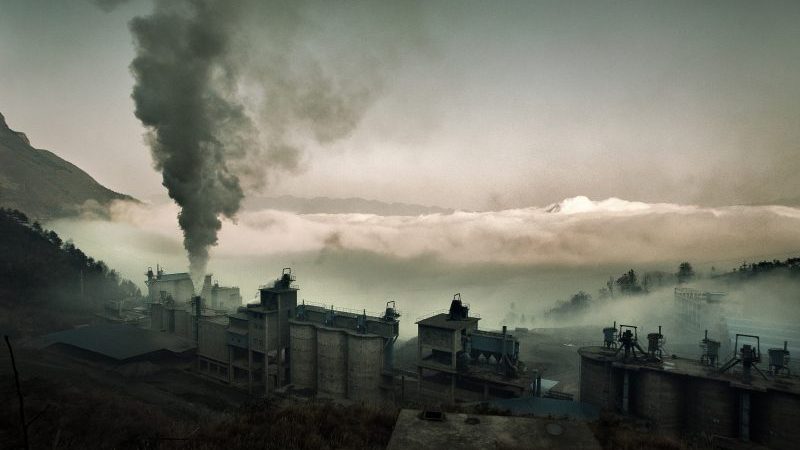 Foggy: the World Bank does not disclose the carbon footprint of its investments (Pic: Flickr/Jonathan Kos-Read)

The World Bank is aiming to put 28% of its funding into climate-related projects by 2020. “We know we can’t end poverty without protecting the planet and its people,” says chief executive Jim Yong Kim.

But for all its lofty ambitions, the development bank does not track the greenhouse gas emissions of its portfolio, let alone have a target to reduce them.

In this, it is lagging behind major corporations, some of which may make unlikely climate heroes. The bank, which holds its annual meeting in Washington DC this weekend, needs to catch up.

Walmart last year set a science-based target to cut its carbon footprint in line with the international goal of holding temperature rise below 2C. Gap, Nike and Levi followed suit and announced commitments at September’s Climate Week in New York. More than 300 companies have now set such a target, in an initiative run by WWF, the UN Global Compact, World Resources Institute and CDP.

At present, the World Bank only monitors “direct” emissions: things like staff travel and office energy use. These only account for a tiny portion of its overall impact.

The main impact of the World Bank is through its projects – it made $64 billion worth of commitments in 2016. Its investment decisions – gas plant or community solar project, bus network or airport – make a much bigger difference to the climate than how the Bank’s employees get to work. But this is not measured or reported.

Likewise, the vast majority of Walmart’s emissions are indirect emissions from its value chain. The world’s biggest retailer has pledged to work with suppliers and customers to reduce emissions from the manufacture and use of their products by one billion tons between 2015 and 2030, known as “project gigaton”. And many of Walmart’s suppliers have also made climate commitments.

The “Big Shift” campaign, recently launched by organisations including Christian Aid and Climate Action Network, is calling on the World Bank to provide greater transparency about the impact of its investments and phase out funding for fossil fuels.  The shift is urgently needed.

The development banks are operating in emerging economies with fast-growing emissions, so if they continue to invest in high-carbon infrastructure, they risk locking the world into a catastrophic climate impacts. With the unprecedented power of hurricanes like Irma, we are beginning to see what this future could look like. Given that the poorest people and communities are likely to bear the brunt, the World Bank should be trying to lead the way in reducing these impacts.

Analysis by E3G last year showed that most coal power developments planned globally are in emerging economies, particularly Asia. Unless the development banks, such as the World Bank, urgently support these countries to transition to a clean energy pathway, how can the world avoid dangerous climate change impacts?

Virtually all governments in the world, and member countries of the World Bank, have now agreed to take action on climate change under the Paris Agreement. The World Bank now has a responsibility to support member countries to implement their climate commitments. Tracking and reporting on their project emissions would help them to do this, as a first step to assessing the World Bank’s impact.

It’s not rocket science, as private sector leaders can attest. According to CDP, 85% of the 1,089 high-impact companies that disclosed data for their 2016 report have set targets for emissions reduction. For example, Carlsberg set itself the target of reducing its “beer-in-hand” value chain, including indirect emissions, 30% by 2030.

Multinational companies are setting science-based targets not just to burnish their reputations, but because it makes economic sense, driving innovation and efficiency gains. Given that development banks are funded using public money, they too should be striving to make the best use of limited resources.

Surprising as it may be, the World Bank should look towards the carbon footprinting done by private companies such as Walmart and the targets they have set. There is a vast body of work the World Bank can draw on if it wants to make progress on climate change. While the World Bank claims to be a leader on climate change, it is failing to disclose rather basic information. To get a clearer idea of progress, we need to know more about its impacts.

Helena Wright is a senior policy advisor at E3G