Draft treaty aims to give teeth to “soft law”, but critics warn it risks creating confusion and diverting attention from practical initiatives to boost environmental protection 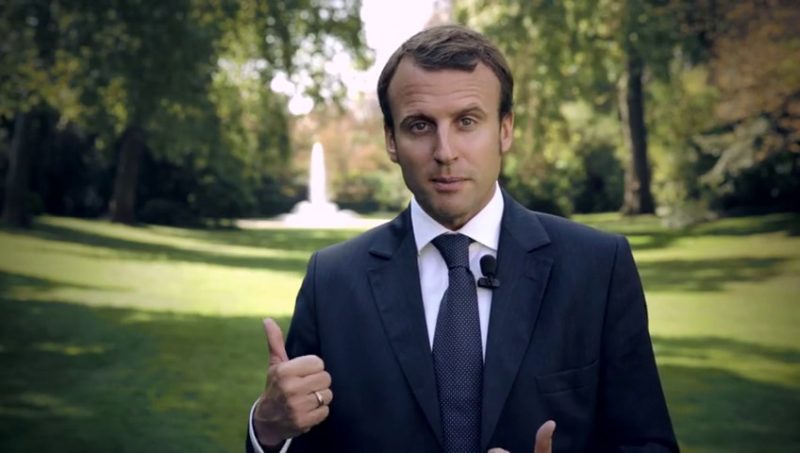 French president Emmanuel Macron is set to call for a global pact affirming universal principles for environmental protection at the UN general assembly next week.

As the US under Donald Trump reneges on its climate commitments, Macron will speak at the UN on 19 September, pitching to unite the rest of the world behind a binding green charter.

Yann Aguila, leader of the 30-strong team who produced a draft pact in June, said France was seeking UN support to set up a working group. That would eventually result in a document to be agreed by the UN general assembly or another international body, and ratified by member states.

“The stars are aligned,” he told Climate Home in response to written questions. “France has gained a position of leadership in environmental issues, and the decision of the United States to withdraw from the Paris Agreement has not had the disastrous effect that one could have expected. On the contrary, many states have decided to go beyond their initial commitments and to reinforce their action. Now more than ever, we can hope for the Global Pact for the Environment to become a reality.”

The 8-page proposal could give teeth to existing “soft law”, the authors suggest, listing principles, such as the right to an ecologically sound environment, that already find expression in other environmental agreements.

It is championed by Laurent Fabius, who presided over the critical 2015 Paris climate summit. As foreign minister in the lead up to the talks, he mobilised France’s extensive diplomatic network to lay the foundations for an international agreement.

California’s former “governator” Arnold Schwarzenegger lent some star power to the launch, grabbing the headlines by joining Macron in a plea to “make our planet great again”.

But critics warn the legalities are much more complicated than the pact’s backers make out.

Susan Biniaz, until recently top lawyer at the US state department, set out 11 pages of questions about the pact, in a paper for Columbia Law School. Now a lecturer and senior fellow at the UN foundation, Biniaz expressed scepticism about the wisdom of attempting to unify a diverse body of law.

“There is no doubt that more needs to be done, both nationally and internationally, to protect the environment,” she wrote. “It is tempting, particularly during the Trump era, to welcome any concerted effort to do so. The issue is whether the proposed ‘Global Pact’ is the right vehicle for enhancing environmental protection.”

The pact “could create substantial legal confusion”, according to Biniaz, while doing nothing to overcome key obstacles to environmental protection: lack of resources or enforcement capacity.

The pact would have to overcome widespread political resistance to legally-binding international agreements on specific issues – not least climate change. Under the Paris Agreement, national climate targets, arguably the foundations of the deal, could not be made legally binding. “The inclusion of climate change alone would guarantee a difficult negotiation,” Biniaz wrote, adding that any mutually agreeable decision would end up riddled with caveats and exemptions.

Her reservations were echoed by Teresa Ribera, director of Paris-based sustainable development think tank Iddri. “It is good that the French are so committed to this idea, to make a diplomatic effort to push for political, economic and individual freedom and values connected to the environment,” she said. “The main question is: what is the added value of the exercise?”

Others were more supportive. John Knox, UN special rapporteur on human rights and the environment, welcomed France starting a conversation on the issue.

“You can quibble with bits of the language of the pact, but I think in principle it is worthwhile,” said Knox, a legal professor at Wake Forest University in South Carolina, US. “One thing I like about the pact is its rights-based approach to environmental protection.”

So far, discussion of the initiative has been largely confined to legal and academic circles. Aguila, who got involved as chair of the environmental law commission of top Paris think tank Club des Juristes, said promotional events were planned in the United States, China, Brazil, Canada and Senegal.

“This is just the beginning of a large campaign that aims to supplement and ease the diplomatic processes,” said Aguila, a partner at law firm Bredin Prat and public law professor at Sciences Po and the Paris Bar School.

The programme includes a day-long conference at Columbia University on 20 September as part of New York Climate Week. French environment minister Nicolas Hulot, UN environment chief Erik Solheim and economist Jeffrey Sachs are lined up to give introductory remarks along with Fabius and Aguila. Biniaz is speaking on a subsequent panel.

Responding to criticisms of the proposal, Aguila acknowledged that political resistance to legally-binding requirements was an issue. He pointed out that the draft advised the treaty be implemented in a “transparent, non-adversarial and non-punitive manner”. Ultimately, he said, “it will be the task of diplomats to overcome this hurdle in a productive and clever way”.

The general aim was to reinforce ambition on environmental protection, Aguila said. “It constitutes an attempt to create an international set of common and responsible rules, but it is not a universal panacea for environmental issues. There is no such thing as a magic recipe, and I like to conceive the Global Pact as a powerful tool that can prove very efficient in protecting the environment.”