The world’s sixth largest economy is aiming for an entirely clean power grid by 2045, with legislation that pits technology start-ups against utilities 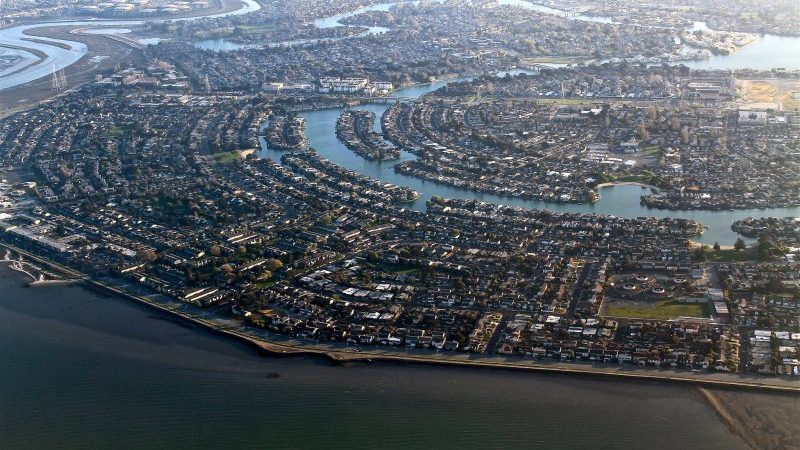 California is on the brink of approving a law to target 100% renewable electricity by 2045, in defiance of the Trump administration’s hostility to climate action.

The bill passed the senate in May and is primed for a final assembly vote in the coming days. It will make California the world’s largest test bed for creating an entirely clean power grid.

Kevin De León, acting president of the California senate and a Democrat, told Climate Home the state would not be deterred by a federal rollback of environmental protections.

“With or without Washington, California will lead when it comes to our climate policies and leadership. By moving to 100% RPS [Renewable Portfolio Standards], we send a very clear signal to the market,” he said.

If passed, as observers expect, the legislation will make California the second state after Hawaii to ink a 100% renewable target. As the sixth largest economy in the world, ranked against nation states, California’s proposal would set off an energy transformation on a much larger scale.

The move cements the state’s position as a counterweight to the White House on climate issues. Governor Jerry Brown has announced plans to host a global climate summit in San Francisco next year and spoken out against president Donald Trump’s refusal to acknowledge – let alone act on – the threat of global warming.

SB100, as the legislation is known, toughens existing targets up to 2030, setting a course for 60% renewable electricity by that date. It requires utilities to plan for 100%, albeit with lesser penalties if they fail to meet it than for the short-term targets. The language was weakened slightly as the bill passed through the legislature.

Renewable credits count towards the goal, giving the network some flexibility. Still, balancing variable solar and wind power generation on a large scale with consumer demand poses a major challenge for the state’s advanced technology sector.

In his headquarters in Hayward, California, Paul Beach sorts through orders for electricity storage packs. His company, Octillion, focuses on batteries for electric vehicles and off-grid applications. 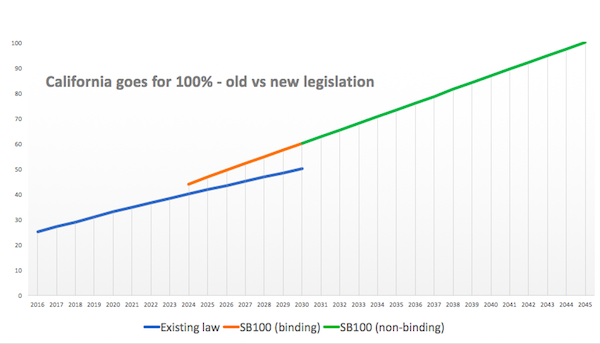 A lot of entrepreneurs are excited by the energy storage industry, Beach tells Climate Home, but getting to the point of making money is rough. “The battery business as I’ve looked at it for 17 years, it has a history of people chasing the dream of a very potentially lucrative market.”

Competing with battery giants like Samsung and LG takes a lot of work – and many energy storage start-ups don’t make it, he said.

But 100% renewable legislation gives him confidence to keep going. If Octillion can weather out the slow years and prepare for the day when demand spikes – which he expects – then it and battery companies like it will reap the benefits of being ahead of the curve.

“[Start-ups are] sort of on the sidelines, waiting for the market to materialize,” he said. “When it hits, it’s going to be a hockey stick.”

The transformation will create losers as well as winners. With California currently getting nearly a third of its power from natural gas, a number of thermal power stations are likely to be forced into early retirement.

Several utility providers, including Pacific Gas & Electric Company and Southern California Edison, have been lobbying against the bill as written. They argue the renewable requirements would pose too much of an economic burden.

“PG&E strongly supports a low-carbon and clean energy future,” the utility company said in a statement. “We want to help California achieve its bold clean energy goals in a way that is affordable for our customers. If it’s not affordable, it’s not sustainable.”

That position was lent academic weight by a paper published in PNAS journal in June, which argued 100% renewable electricity scenarios relied on some implausible assumptions. It is better to use the broadest available range of technologies, it said, including nuclear and fossil fuels with carbon capture and storage.

Nuclear advocates, in particular, are unhappy the bill sees no future for their preferred large scale, low carbon source of power, after the state’s last atomic plant announced plans to close next decade.

De León acknowledged those concerns but said the 100% renewable goal, while ambitious, had a broad support base.

Last year, at Brown’s urging, California passed one of the toughest greenhouse emissions reduction targets in the world, seeking to cut carbon pollution 40% below 1990 levels by 2030. Requiring a certain percentage of electricity to come from renewable sources is one of a handful of tools the state is using to meet this goal. The state’s cap-and-trade system was recently extended by legislators until 2030, tightening restrictions on carbon at the same time as Trump seeks to scrap federal regulations.

However it is worth noting that none of these curbs will significantly inhibit California’s oil and gas sector, the third biggest in the US. It is likely to continue exporting fossil fuels to be burned elsewhere while the home market dwindles.

“This has been a continuing story of environmental protection that has been global leadership from California, and this is the latest manifestation,” he told Climate Home.