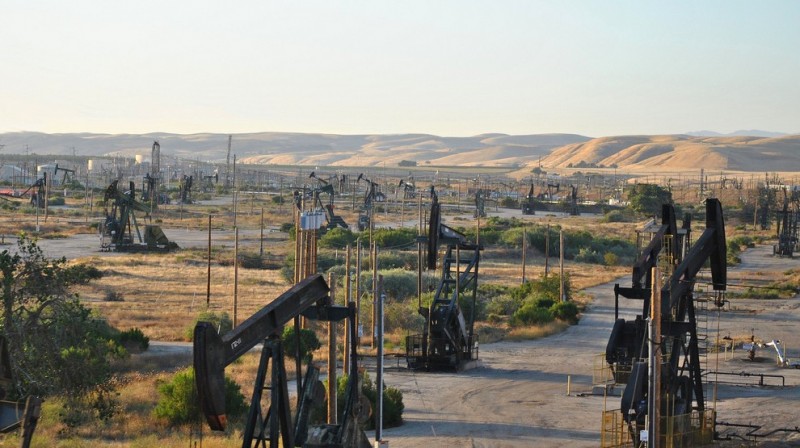 The oil extracted from San Ardo field in Monterey County, California, is known in the trade as “heavy”.

It “has the consistency of ketchup”, as Chevron expressed it in legal papers. The company injects steam in the well to soften it up and get the crude flowing to the surface.

This high-energy process makes San Ardo one of the most climate polluting sources of oil in the world – worse, even, than Canada’s notoriously dirty tar sands.

And it is at the centre of a legal battle brewing between three oil majors and a coalition of community organisers and environmental lawyers.

On 8 November, Monterey County passed “Measure Z”, a package of regulations to effectively halt new oil and gas production, with 56% of the vote.

Chevron and Aera Energy, a Californian outfit co-owned by affiliates of Exxon Mobil and Shell, sued to block the initiative last Wednesday.

The stage is set for a courtroom drama next year pitting corporate property rights against growing concerns about the oil sector’s impact on water resources and the climate.

Measure Z was billed as a fracking ban, the seventh at county level in California and the first from a major oil producing area. In fact, its scope is wider, prohibiting a range of practices including disposal of wastewater in aquifers.

“Protect our water” is the rallying cry, with California’s ongoing – if easing – drought focusing attention on the importance of groundwater resources.

The initiative also makes the case for a local economy based around agriculture and tourism, highlighting the beauty of the landscape.

“Oil and gas development projects are industrial operations at odds with the qualities and values that make Monterey County unique and prosperous,” it states.

On the other side, the oil majors argue Measure Z is unconstitutional, amounting to a property grab without proper compensation. The industry should be regulated at state and federal level, not by counties, they say.

“Measure Z won’t just hurt our company,” said Christina Sistrunk, CEO of Aera, in a statement. “It will inflict significant unnecessary hardship on our employees and their families, as well as on Monterey County and its citizens, by exporting good jobs and essential revenues out of the county and into foreign countries.”

In the US and California alike, the bulk of climate change regulations focus on reducing demand for fossil fuels. For example, vehicle emissions standards make cars less gas-guzzling.

The assumption is that declines in production will follow, as oil majors won’t invest in rigs if the demand isn’t there. In practice, energy companies continue to be bullish about the volume of oil and gas that will be needed in future, their projections exceeding what is safe to burn within climate targets.

Tuesday’s move by outgoing president Barack Obama – endorsed by California governor Jerry Brown – to block Arctic and Atlantic offshore drilling was one of a few exceptions. With successor Donald Trump filling his team with oil advocates, the likelihood of further steps in that direction is slim.

The Center for Biological Diversity is supporting a variety of legal challenges against oil and gas fields, whether on water conservation or other grounds.

“Our ultimate goal is to phase out production in the state,” senior attorney Maya Golden-Krasner told Climate Home. “The state has argued: if we reduce demand, you will automatically reduce production. But we think to meet the climate goal you have to focus on both at the same time.”

Data from the California Air Resources Board, compiled by Center for Biological Diversity

It was researchers from the NGO who uncovered data showing that San Ardo oil has a larger carbon footprint than crude extracted from tar sands in Alberta.

For each megajoule of useful energy output, San Ardo oil emits 29g of CO2 equivalent, more than double the state average and higher than Albertan imports at 19-24g. Supplying 7.6 million barrels a year, that adds up to 3.3 million tonnes of CO2.

The data is gathered by California’s Air Resources Board to inform the state’s low carbon fuel standard. That is the main lever to encourage less carbon-intensive production, but Golden-Krasner said the rules had been weakened after industry pushback. California’s emissions cap-and-trade programme does not cover oil and gas extraction.

“Allowing an expansion at the San Ardo oilfield, which is already California’s single-largest source of the most climate-damaging oil, would directly contradict the state’s crucial efforts to reduce pollution and avert the most dangerous effects of climate change,” said CBD’s report.

Measure Z has been put on hold pending the court case, with the first hearing scheduled for April 2017.