There is an emerging consensus CO2 needs to be sucked out of the air to meet climate goals, but no discussion of which countries are responsible for acting 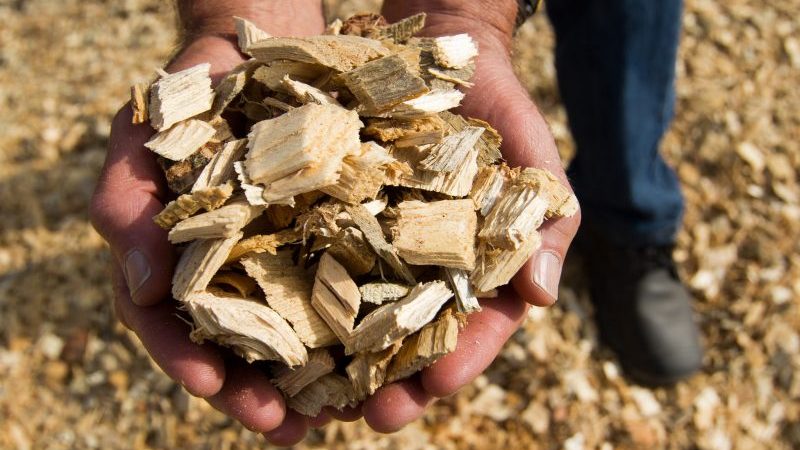 Burning wood and pumping the emissions underground is the main option proposed for removing CO2 from the air (Pic: Flickr/Oregon Department of Forestry)

Countries need to start negotiating who will take responsibility for removing carbon dioxide from the atmosphere, two scientists argued in Nature Climate Change on Monday.

To hold global warming “well below 2C”, as agreed by world leaders in Paris, models assume “negative emissions” will be deployed on a massive scale.

Yet there has been little discussion of how to ramp up the necessary technologies, or who should lead that effort, observed Glen Peters and Oliver Geden.

“Negotiators know that there is a need for negative emissions, but I have never seen anyone take it further,” said Peters, a researcher at Oslo-based research institute Cicero. “It all remains very abstract.”

A separate study in Nature Climate Change last month underlined the urgency of this discussion. The chances of holding temperature rise to 2C this century are a slim 5%, it found, based on global trends.

That is where negative emissions come in. The main option on the table is burning plant matter to generate electricity (bioenergy) and pumping the resulting CO2 underground (carbon capture and storage, or CCS).

Models foresee CO2 removal starting as early as 2020 and ramping up to 10-20 gigatonnes of CO2 a year in 2100. That is between a quarter and a half of current annual emissions.

Action to date has been limited to a handful of trial projects worldwide. Only about a dozen countries mentioned CCS in their pledges to the Paris Agreement. None spoke of the critical combination with bioenergy.

Peters and Geden urge UN climate negotiators to address the issue at a planned “facilitative dialogue” in 2018, in preparation for the next round of national pledges.

Historically, the division of responsibilities between rich and poor countries has been one of the most fraught aspects of negotiations. Those arguments are likely to resurface.

Under a least-cost approach to CO2 removal, the US, EU, China and India would spearhead action before 2050. Politically, however, emerging economies may not be willing to invest in solving a problem historically caused by richer nations.

“India is probably not going to think much of the idea that they have to provide negative emissions,” Peters told Climate Home. Its negotiators are expected to tell developed countries: “You guys caused the problem, you guys have to take most of the responsibility.”

The US position under Donald Trump is uncertain. His administration is scrapping climate polices and planning to withdraw from the Paris Agreement – albeit leaving the door open to “re-engage” on “more favourable terms” to the US.

In theory, there is potential for collaboration on CCS development, which aligns with Trump’s objective of extending the viability of fossil fuels. In practice, Trump’s first budget proposal made drastic cuts to CCS development.

Use of imported wood chips in European power plants, such as Drax in the UK, is already controversial. The impact of tree harvesting is counted under a separate national regime to the impact of burning the fuel, making it hard to reliably keep track of the overall climate impact. Many environmentalists oppose the practice, saying it does more harm than good.

Similarly, CO2 may end up being transported across borders to countries like Norway with suitable storage sites.

Within the EU, the forestry sector has had some success in lobbying to skew carbon accounting rules in its favour. In forest-rich nations with weak institutions like Cameroon or Liberia, the risks of dodgy book-keeping are higher.

“There are huge problems in advanced economies that have good accounting methods,” said Peters. “When you go to Africa, which is potentially going to provide a lot of the bioenergy, then how you can monitor and assess whether something is carbon neutral – it is going to be a tough task.”

At the next round of UN climate talks in Bonn this November, negotiations will continue on the rulebook for implementing the Paris Agreement, including how to report, monitor and verify emissions and carbon sinks.

The extent to which standards can be made universal is a bone of contention, with developing countries pushing back against what they see as onerous or intrusive rules.