Trump to submit notice of Paris withdrawal to UN

White House to write to UN to inform of US intention to withdraw from climate deal, but remain engaged in hope of securing “more favourable” terms 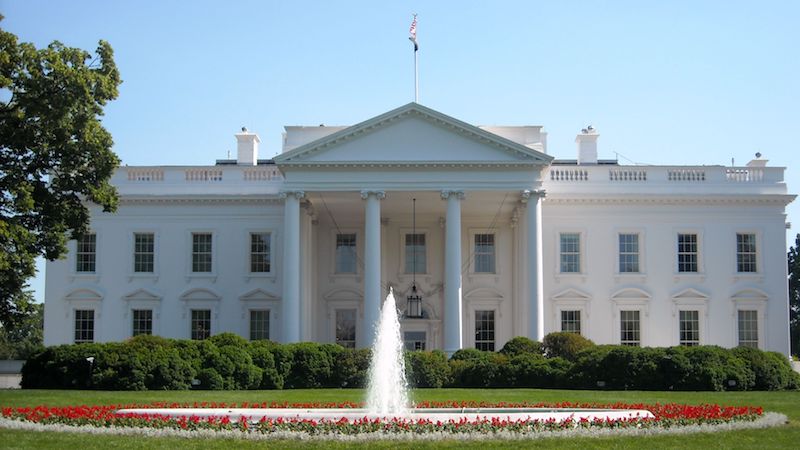 Multiple reports said that the Trump administration would on Friday submit a written notice to the UN that it intended to withdraw from the Paris climate accord.

The letter will be the first communication the US has made with the UN regarding the president’s announcement in June that he intend to withdraw and possibly “renegotiate” the US’ participation in the deal.

Sources told E&E the state department had begun circulating information to its employees that the US would tell the UN it would “remain engaged in the Paris process until it can officially exit in November 2020” and was keeping the door open to a reversal if (unspecified) conditions were met.

But the letter also indicated that the president’s intention was to leave the deal.

The Paris deal does not allow signatories to make any formal application to leave until three years after the deal was struck. Then it requires one year of notice. That coincidentally means that the US cannot fully withdraw until one day after the next US election – 4 November, 2020.

Therefore any communication with the UN on Friday would carry no legal or formal weight.

According to the New York Times, the White House letter read: “As the President indicated in his June 1 announcement and subsequently, he is open to re-engaging in the Paris Agreement if the US can identify terms that are more favourable to the United States, its businesses, its workers, its people, and its taxpayers.”

The statement said the continuation of a US state department team at climate talks, due to resume in Bonn in November, was in order to “protect US interests and ensure all future policy options remain open to the administration”.

Andrew Steer, president and CEO of World Resources Institute, said the US intention to remain engaged in the process may be met with some degree of openness.

“The letter to the UNFCCC does imply a US desire to remain engaged in international climate talks on how the Paris Agreement should be implemented. The United States could engage constructively in those negotiations on an issue such as transparency. But a climate loner that is intent on withdrawing from the Paris Agreement will not be listened to if it aims to weaken or undermine the accord in any way,” said Steer.

The state department did not respond immediately to a request for comment. The United Nations Framework Convention on Climate Change similarly did not respond.