Insurance scheme that took nine months to pay out after a state of emergency was declared contains major flaws, according to Action Aid report 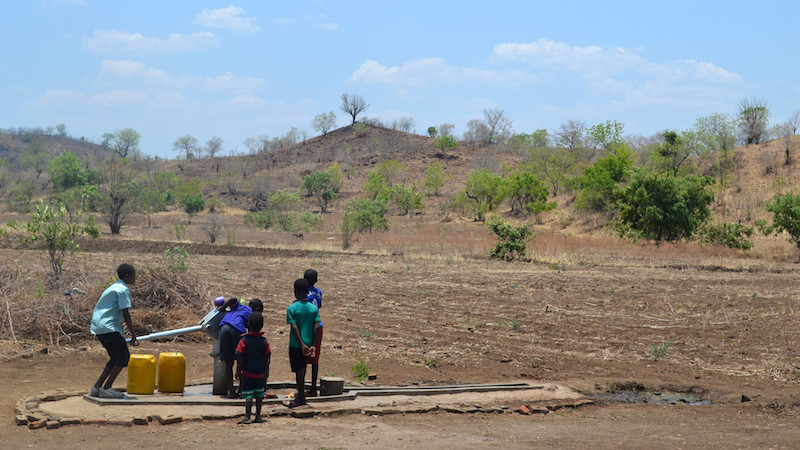 A drought insurance scheme championed by the G7 failed in its mission to protect millions of Malawians from hunger and illness last year, according to a report by Action Aid.

The African Risk Capacity (ARC) paid out “too little, too late” to help communities hit by poor rains and crop failure, said the development charity.

G7 countries have promised to extend insurance cover to 400 million people in developing countries at risk from climate change impacts by 2020. But they must avoid replicating a model with “major defects”, the report argued.

The Malawian government paid ARC a premium of $4.7m in 2015 for the 2015/16 agricultural season. Soon afterwards, the El Niño weather system triggered drought across many parts of Africa, including Malawi.

In April 2016, the government declared a national emergency and a month later, the World Food Programme estimated 6.5 million Malawians were going hungry. The authorities estimated the total cost of responding to the crisis at $395m.

Meanwhile, the ARC initially calculated that just 20,594 people were affected by the drought – not enough to trigger a payout. After reviewing its assumptions, the initiative revised that to 2m. It agreed a payout of $8.1m in November 2016 that was released in January 2017 – nine months after emergency was declared.

The insurance was never expected to cover the full cost of such an event: payouts were capped at $30m. But a key selling point was that insurance could get money moving in an emergency faster than humanitarian appeals.

“Speedy access to an insurance pay-out and international supplies of maize could have indeed helped avert a disaster,” said the report.

The discrepancy was due to a faulty assumption about the type of crop farmers were growing, a spokesperson for the ARC explained. They based their calculations on long-cycle maize crops, which survived the drought, rather than the more widely planted short-cycle maize that failed.

Once this issue was resolved, the spokesperson said by email: “These funds went a significant way to plugging a gap in the response activities that the government of Malawi was already implementing. This included cash transfer to affected households and the replenishment of the country’s strategic grain reserves.”

The Action Aid report said the problems with the scheme went further than an accounting error. The model that the ARC used to assess claims was “complex and opaque”, it said, not allowing for a transparent process. Nor was the model nuanced enough to take into account the complex factors that create a drought crisis. Action Aid also argued that Malawi’s eventual payout of $8.1m did not justify a premium of $4.7m, especially when its disbursement was uncertain and potentially tardy.

Malawian government officials told Action Aid they would not be renewing the policy, the charity said. In a detailed commentary on the analysis seen by Climate Home, the ARC questioned the charity’s sources for that claim, but provided no evidence to the contrary. Asked directly about renewal, the ARC spokesperson said “discussions are still ongoing” with the government of Malawi.

The UK and Germany are financing the ARC with 20-year interest-free loans, which allow African governments to access insurance at a discount.

It forms part of the G7 InsuResilience initiative, which pools the risks faced by vulnerable countries from the impacts of global warming.

That initiative “is reinforcing an ill-informed rush to roll out insurance, overlooking better alternatives and causes of structural vulnerability,” wrote Jonathan Reeves, author of the Action Aid report. Cash would be better spent on early warning systems, community microfinance and resilient agriculture projects, he argued.

The ARC responded that insurance was never meant to be a “panacea” or alternative to humanitarian aid, but played an “important” role in disaster response.