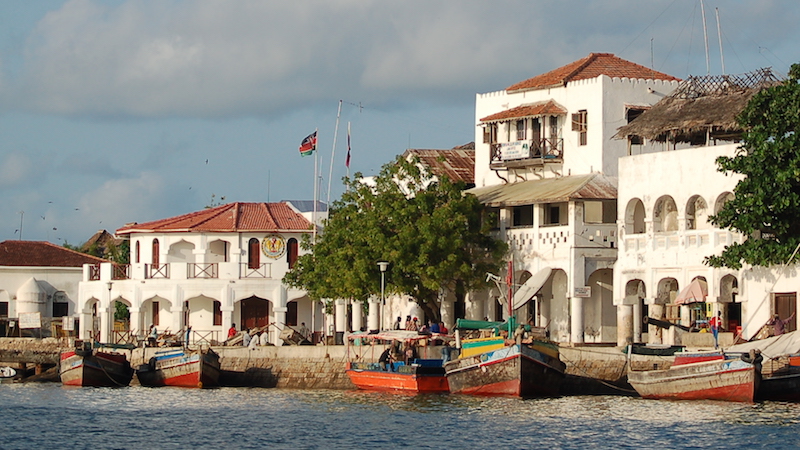 By Daniel Wesangula in Lamu

A Kenyan delegation has inked a $2bn deal with Chinese company Power Global to finance a new coal plant adjacent to a Unesco world heritage site.

The deal was signed despite an ongoing court case in Kenya over its potential environmental and social impacts.

Environmentalists raised concerns this week that the implication of government support for the project would prejudice the findings of the tribunal, effectively rubberstamping the project.

Days before the controversial deal was signed, the tribunal had indicated it would be impartial after hearing submissions by the environmental groups and Amu Power, the company set to build the plant.

“Now we are not sure if the tribunal will be impartial because the intentions from the central government are clear. They want this plant to go on in spite of all the dangers associated with it,” Walid Ahmed of Save Lamu said.

Work on the plant, which will take an estimated 30 months to build, was due to start in December 2015 but Kenya’s energy industry regulator delayed issuing a license due to environmental concerns.

Late last year, Kenya’s deputy president William Ruto accused those opposing the project of “standing in the way of development”.

“We don’t want people opposing development projects that they have no knowledge of. These projects are meant to change the lives of our people and I think leaders must have the interests of the people at heart,” Ruto said during a visit to the island in August of last year.

Ahmed told Climate Home that “life as we know it will be changed forever”, but not for the better.

Lamu Old Town is the oldest and best-preserved Swahili settlement in east Africa, recognised by Unesco for retaining traditional ways of life and architecture. Scientists have raised concerns that the plant will completely alter the island’s fragile ecosystem, damaging fishing grounds and the livelihoods of the close to 120,000 people living in Lamu County.

In 2015, Kenya’s National Environment Management Authority, a state owned agency charged with the implementation of all policies relating to the environment, released an Environmental and Social Impact Assessment (ESIA), which insisted the project complied with all rules and regulations and that the coal plant will have no negative effects on Lamu and its residents.

“Coal and its combustible products like ash and smoke contain many toxic substances such as polycyclic aromatic hydrocarbons, trace metals such as mercury and arsenic, and various suspended particulate fractions. How these are handled is essential, and there is grossly insufficient detail in the ESIA about both their release,” marine biologist Dr David Obura said.

A lot of critical and essential data was overlooked by the government, according to Obura. “The ESIA report points out that the carbon dioxide emissions of the plant will equal the total current emissions of Kenya’s entire energy sector. It claims this is insignificant as it is only 0.024% of global emissions. However, the obvious point is that this plant alone will double Kenya’s national carbon dioxide emissions from the energy sector,” he said.

The East African nation committed to reduce emissions by 30% by 2030 under the 2015 Paris climate agreement. This project would increase emissions significantly.

“If the Amu coal plant will be the biggest single polluter of carbon dioxide in the country, it is also very possible that it will be the single largest polluter of toxic chemicals,” Obura added. “It is inconceivable that an industrial plant of this magnitude could or should be licensed without immense effort to assess its scale, and identify credible mitigation of its potential impacts.”

Unesco has not yet commented on the Lamu project, despite appeals from residents. The Lamu plant has some similarities to a project beside the Sundarbans Unesco site in Bangladesh, where India’s national power company plans to build a coal plant. In 2016, Unesco intervened to warn the Bangladeshi government that the plant could damage a key ecosystem for the Bengal tiger.

But there are powerful geopolitical winds behind the 1050 MW Lamu plant, which is backed by a consortium that includes East Africa’s leading investment company Centum Investments and a group of Chinese companies.

The deal was signed in Beijing during the Belt and Road Forum for International Cooperation. The Chinese government is looking to spend almost $1tn funding infrastructure projects as part of the ‘Silk Road Economic Belt’ and the ’21st Century Maritime Silk Road’, a vascular network of trade spreading from China over land and sea into Europe, Asia and Africa.

The environmental tribunal, on whose shoulders the hopes of the residents rest will have the last round of public hearings at the end of May in Kenya’s capital Nairobi and later on make a ruling on whether there is a case against the coal plant.