US sends “much smaller” team to climate talks in Bonn

While the White House wrangles over the Paris deal, diplomats gather for climate talks in Bonn where the US presence will be much reduced 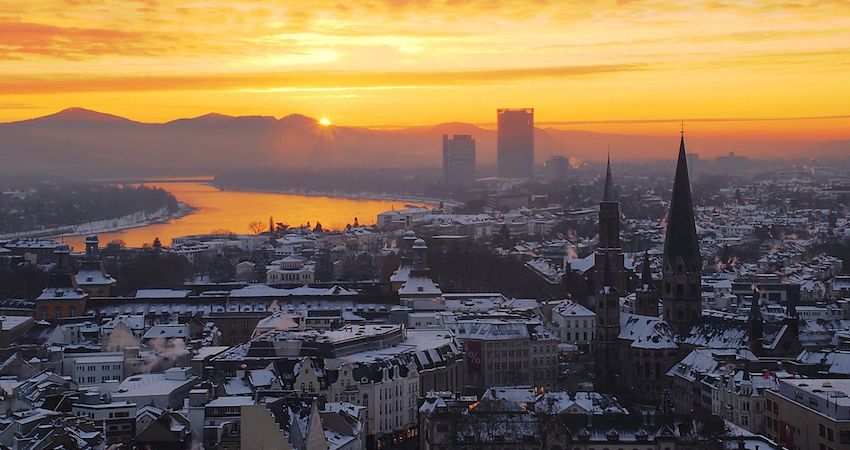 UN talks resume in Bonn on Monday, with the shadow of a US withdrawal from the Paris accord looming in the background (Photo: Matthias Zepper)

The US delegation at this week’s UN climate talks in Bonn will be “much smaller” than in years previous, according to the state department.

With president Donald Trump reportedly set to announce a final decision on the whether the US will withdraw from the Paris climate accord – which the US helped to create in 2015 – on Tuesday, the state department’s engagement with the UN process has been downgraded.

A spokesman for the department told Climate Home the US was continuing to participate in international meetings on climate change “at this time”. But he said: “Our participation should not be taken as an indication of the outcome of our ongoing review.”

Negotiators from the 195 signatories to the Paris agreement will meet this week to discuss how to construct the rule book for the accord. The Bonn meeting, a regular mid-year fixture, is generally a technical affair. But this year the gathering has been politically charged by Trump’s imminent decision.

“The US delegation to these meetings will be much smaller this year than in recent years,” said the spokesman. There were just seven registered US officials on the UN’s list of participants – Algeria sent twice that number.  The US delegation has previously been one of, if not the, largest contingents of diplomats from any single country.

The role of US negotiators in Bonn is set to be little more than a watchdog for what the White House has defined as US interests, which are now unaligned to the global effort to stave off dangerous climate change.

“We are focused on ensuring that decisions are not taken at these meetings that would prejudice our future policy, undermine the competitiveness of US businesses, or hamper our broader objective of advancing US economic growth and prosperity,” the state department spokesman said.

The delegation will be led by Trigg Talley, a senior diplomat who has lead climate negotiating teams for the state department at previous meetings. Like Talley, many current state department staff were among those who worked to create the Paris agreement.

Trump has repeatedly criticised the Paris deal for being a drag on the US economy and a job killer.

Reports citing sources within the White House have said the upper hand in an arm wrestle between advisors over the agreement has swung toward taking the US out of the agreement.

Karl Mathiesen will be attending the Bonn climate talks. Follow him on twitter @karlmathiesen and email tips to [email protected]