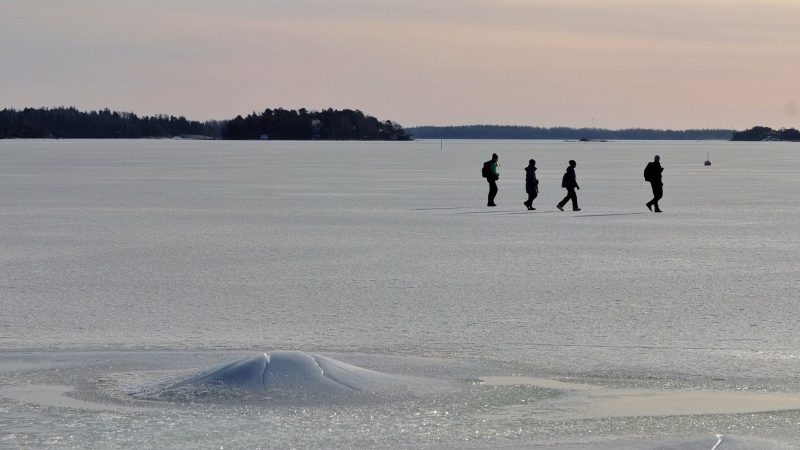 Nord Stream 2 is set to pass through the Gulf of Finland, here frozen in winter (Pic: Flickr/Kimmo Räisänen)

The EU is getting cold feet on a planned gas pipeline from Russia. Eastern European countries have raised objections and Denmark is considering changing its laws to block it.

Despite their concerns, the €10 billion Nord Stream 2 project is taking shape, expected to break ground in 2018 and be complete by the end of 2019. In the middle of April, the pipeline’s developer, Gazprom, started the environmental impact assessment (EIA) procedure in Russia. The 1200- kilometre-long pipeline is to connect Russia and Germany under the Baltic Sea, passing through the territory of three EU countries: Finland, Sweden, and Denmark.

So far the debate has largely focused on the energy security implications of handing yet more market power to Russia – the source of 40% of EU gas imports – and limiting Gazprom’s dependency on other Eastern European transit countries, particularly Ukraine.

No less important is the threat this fossil fuel project poses to the climate. If EU member states are serious about their commitments to tackle climate change, they should use every tool in the box to stop Nord Stream 2.

The Russians cite environmental factors, among others, as justification for the construction of the pipeline.

Alexey Miller, the deputy chairman of the Gazprom board, declared that Nord Stream 2 would contribute to carbon dioxide emission reductions. The CO2 emissions from burning gas are half those from coal combustion, thus, according to Miller, the benefits for the climate are self-evident. That is questionable.

The pipeline will be able to deliver 55 billion m3 of gas to Europe each year. Burning this gas will produce some 106 million tonnes of CO2 a year, an amount roughly equal to the greenhouse gas emissions of the Czech Republic.

Under the Paris Agreement to halt climate change, every 5 years more and more ambitious emission reduction goals will have to be established. If the EU takes its commitments seriously, its policy cannot end with closing coal-fired power plants. It will have to tackle the impact of gas. Nord Stream 2 risks locking in fossil fuel use for decades.

An assessment of the Nord Stream 2 investment project cannot fail to consider the worsening climate crisis which contributes, among other impacts, to the growing wave of refugees.

The Nord Stream 2 project, which is strongly promoted by Russia, also poses a threat to long-term EU climate and energy policy by undermining the cohesion of the Union. Central and Eastern European countries rightly request that the investment project be blocked, insisting that the Commission is applying double standards of environmental protection and competition.

Thousands of pages have been written to indicate the incompatibility of this investment project with the objectives of the Energy Union, which is to be based, among others, on solidarity and fair competition in the internal gas market.

At present, the European Union depends on Russia for almost 40% of its gas imports. The fact that the Commission tolerates the Russian network monopoly in the internal gas market does not bring us closer either to a competitive market or to a low-carbon economy.

The European Commission has at its disposal a whole spectrum of measures which should be used to protect the environment, climate and internal market. As any investment project which may possibly be harmful for the environment, Nord Stream 2 is also subject to very rigorous regulations on environmental impact assessments, including the so-called transboundary assessment.

In this case, the provisions of the Habitats Directive should also be considered, as, in accordance with the well-established rulings of the Luxembourg Court, they also apply to habitats in territorial waters and habitats situated within the exclusive economic zone of an EU member state. Therefore, Nord Stream 2 should be assessed from the point of view of European environmental law, as well as competition, energy and climate law.

Nord Stream 2 is one of the few projects which, simultaneously, pose a threat to both energy security and climate security of the nations of the European Union. The response to the proposed investment project will be a test for EU institutions, member states and civil society in Europe.

There are two ways to stop the investment and both depend on European solidarity: first, strong disagreement of Scandinavian countries with the project and second, The European Commission’s defence of the Energy Union and climate protection policy.