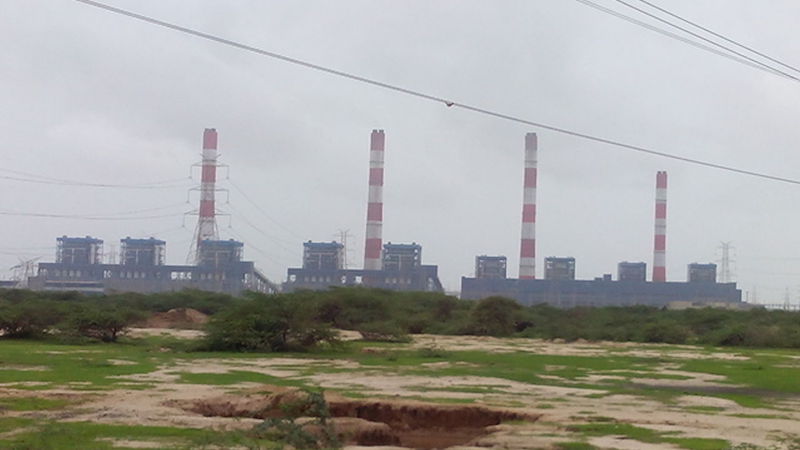 In a potential blow to Adani Group’s Australian mining ambitions, India’s Supreme Court has ruled that its power plants cannot pass on to consumers escalations in the price of imported coal.

The Tuesday ruling deprives the company of a Rs 3,000 crore (roughly $464m) nest egg as the Adanis seek to open the Carmichael pit in Queensland – prospectively Australia’s largest coal mine. If the Adanis succeed in their bid at Carmichael, where they will be both buyer and seller of the coal produced, the ruling means they will be unable to manipulate price of coal overseas then seek escalations in cost of power back home.

Imported coal is strategic to Adani’s coal security. Indian companies are known to cite access to imported coal to establish their credentials as reliable producers with a secure coal supply while they bid for power projects offered by state distribution companies. Coal must be imported as India is desperately short of it.

In 2007, Adani Power had banked on Indonesian coal in a competitive bid for securing power purchase agreements with state-owned distribution companies in the Indian provinces of Gujarat and Haryana. The Adani Enterprises Consortium – to which Adani Power belongs and a subsidiary of which owns the Carmichael coal mine project – agreed that electricity produced at their Mundra power plant would be sold at a non-escalable (fixed) price to distribution companies.

Three years later, with the contract still in force, the Indonesian government increased its coal price and Adani sought and obtained an award for compensatory prices from India’s electricity regulatory authority, the Central Electricity Regulatory Commission (CERC), this was concurred with by the Appellate Tribunal for Electricity (ATE).

Adani Power had pleaded that that “cost of production of electricity from Mundra Power Plant had increased tremendously, which has rendered it commercially unviable to supply power to Haryana Utilities and [Gujarat grid company] GUVNL at the price quoted in the PPAs”.

Having voluntarily decided to quote energy charges as non-escalable in order to be competitive, the Adani’s tried to take shelter behind force majeure – the legal protection against unforeseeable circumstances – to convert their contracts to an escalable tariff.

This has been frustrated by the Supreme Court which upheld an appeal against the CERC/ATE case, filed by NGOs Energy Watchdog and the Prayas Energy Group, amongst others. The company is examining the judgement, but should it stand the provisional compensatory tariff accounted for by Adani Power would be out of bounds.

This begs the question whether the Adanis were being overly adventurous in their zeal to win the contract. Another company, Tata Power, that imported Indonesian coal for its project at Mundra built in a part-escalation clause.

“When they submitted their bids, this was a risk they knowingly took” – Supreme Court justices Pinaki Chandra Ghose and Rohinton Nariman

Shares in Adani Power fell 20% on Tuesday, its biggest single day loss since 2009, according to Reuters. An analyst told Reuters the company would now be more “cautious” – in other words bid less competitively – for future power purchase agreements. Questions had been raised over the finances of the Carmichael mine, even before this new development – although Adani has always insisted the venture is viable. Adani Power had not responded to Climate Home’s questions at the time of publication.

The head of the Adani family, self-made Indian infrastructure billionaire Gautam Adani, had faced little institutional resistance before the ruling. He bulldozed his way into the Carmichael mining project, receiving the personal support of the prime ministers of both India and Australia, Narendra Modi and Malcolm Turnbull. Despite the project, the coal from which would release more annual carbon emissions than New York City, remaining deeply controversial in Australia and abroad.

In the Supreme Court of India, Adani has, however, run into a highly-credentialed bench of justices. Judges Pinaki Chandra Ghose and Rohinton Nariman held that: “It is clear on a reading of the PPA [power purchase agreement] as a whole that the price payable for the supply of coal is entirely for the person who sets up the power plant to bear… an unexpected rise in the price of coal will not absolve the generating companies from performing their part of the contract for the very good reason that when they submitted their bids, this was a risk they knowingly took”.

Forty energy companies, including Adani Power and five other firms belonging to Adani Group, are the subject of a ministry of finance investigation for allegedly inflating coal import prices then passing the costs on to consumers. The reported value of the scam is almost $4.5bn.

Business Standard reports that Adani Power “faces a huge earning write-off as its revenues already include the likely inflows of compensatory tariff, estimated at about Rs 9,000 crore (approx $1.5bn). Analysts said the provisional compensatory tariff accounted by Adani Power was almost equal to the company’s net worth as on September 30, 2016”.

Analysts at JPMorgan quoted by Business Standard say that had the order been in favour of Adani Power, the compensation could have been used to repay debt, interest liability could have come down by Rs 1,100 crore and net profit would have increased to Rs 480 crore. “These earnings assumptions would require significant reworking”.